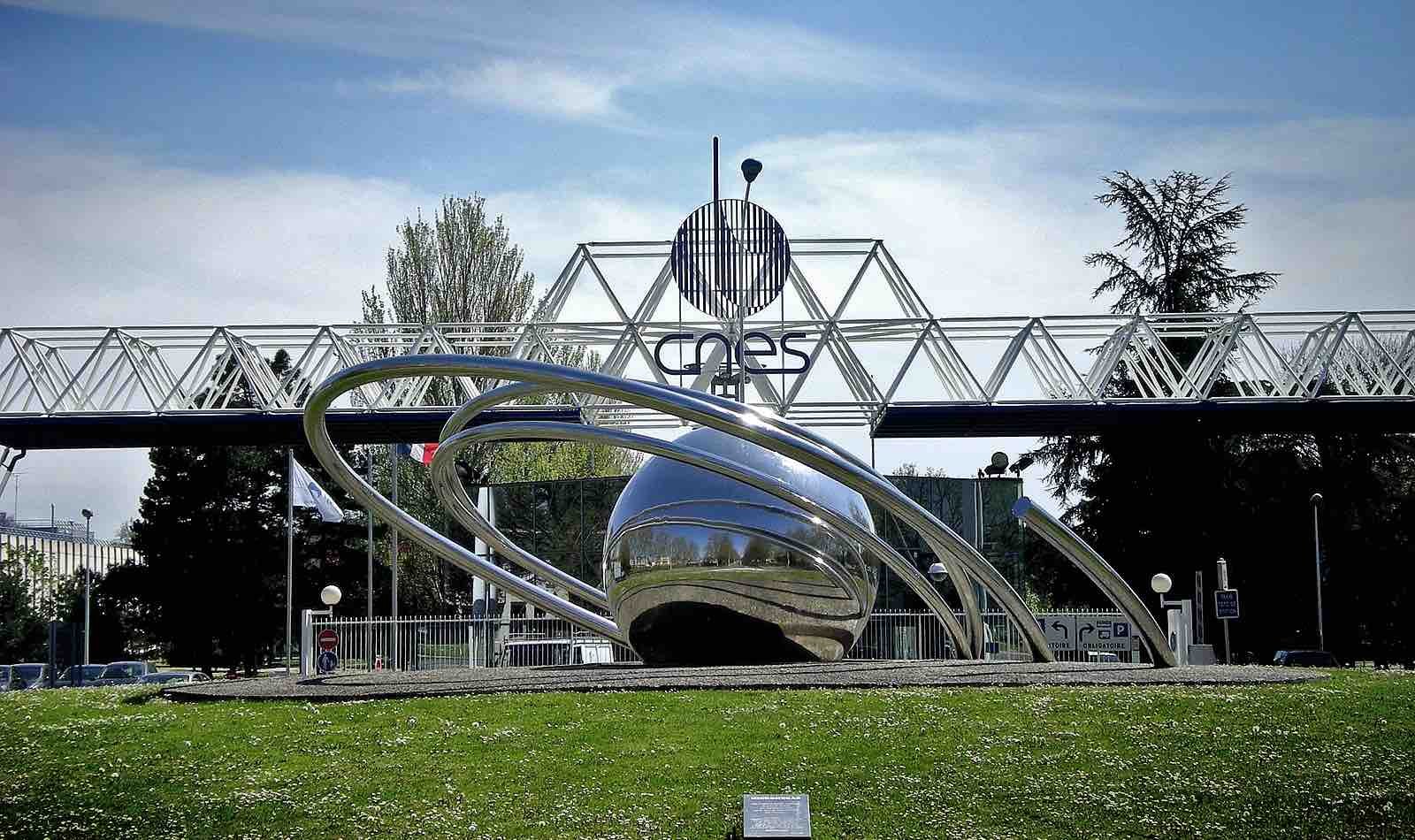 The National Center for Space Studies (CNES) recently held its long-awaited second CAIPAN conference, under the authority of the Information and Study Group on Unidentified Aerial Phenomena (GEIPAN), on October 13th and 14th in Toulouse, France. The attendees, ranging from the military to private researchers, represented visitors from 13 countries, several of whom presented what they believe to be among the best data and technical analyses involving unidentified aerial phenomena (UAP).

One of the oldest active governmental groups to study UAP, GEIPAN is a fully-fledged department of the CNES, as opposed to being merely a public desk, as expressed during the event by Technology and Orbital Systems deputy director Philippe Lay. The current head of GEIPAN, Vincent Costes, a former CNES project manager appointed to GEIPAN one year ago, said the goal of the conference was to provide an estimate of the situation regarding the current developments in UAP research.

The unprecedented decision to hold the conference jointly in French and English language is a sign of the times: UAP research has been blossoming in many countries like Germany, the United States, China, Japan, Spain, Argentina, and several others. GEIPAN’s decision to host a multi-lingual event came as a pleasant surprise for international representatives, especially in a country where language barriers remain prevalent.

The use of multi-languages also allowed for more comprehensive presentations of information by the speakers in attendance. Ongoing projects from the National Aviation Reporting Center on Anomalous Phenomena (NARCAP), the Julius-Maximilians-Universität of Wûrzburg, and the American Institute of Aeronautics and Astronautics Unidentified Aerospace Phenomena Community of Interest (AIAA UAP COI) which made its official debut recently through a statement by Chairman Ryan Graves. Also presenting at the event was the 3AF (Association Aéronautique et Astronautique de France) Sigma 2 technical committee on UAPs, which presented its 350 pages analysis, among others.

One of the most eagerly awaited speakers at the event was the NASA Science Mission Directorate’s Daniel Evans, who spoke about the American space agency’s UAP Group, which he will be managing. This group, presented as high-risk research, will act under the authority of NASA and will be lending its repertoire of instruments and personnel, as well as its international network of partners, all in the pursuit of one of its goals: understanding the science behind the mysteries of the universe.

“NASA is commissioning an independent study group to examine unidentified aerial phenomena,” Evans said, mentioning one of the conclusions in a June 2021 ODNI preliminary assessment which conceded that some UAPs represent a potential threat.

According to Evans, among the broader body of UAP reports, there is a “small fraction that appears to demonstrate extremely advanced propulsion technology, and beyond that, UAPs most clearly pose a safety of flight issue.” Interestingly, later in his presentation, Evans added that “it is very difficult to draw firm conclusions about the nature or intent of UAP, and that’s what NASA is aiming to help do.”

Committed to transparency, Evans said the group will be tasked with examining UAPs “from a scientific perspective, with the aim of focusing on how NASA can use data and the tools of science to move our understanding forward.” Evans said his study team will use NASA’s data “to draw physical constraints on the nature of UAP” and estimate the safety risk posed by the phenomenon.

Evans emphasized that NASA would not rely on classified data but that the space agency works “very closely with the Department of Defense and its All-domain Anomaly Resolution Office” and the United States Congress.

“[T]here is an awful lot of high-level government work involved in this effort,” Evans said. In recent days, with NASA revealing the list of 16 members that will constitute its UAP study group, Evans pointed out that they were “based in Universities in the US and across the private sector in the US”, and that Dr. David Spergel will lead the team.

Consisting of non-active NASA personnel, NASA’s UAP study team boasts experts from a variety of fields, ranging from big data to artificial intelligence, astrobiology, astrophysics, machine learning, Earth observation from space, airspace safety, and others. Evans also mentioned that “NASA has dozens… many, many Earth observing satellites, some of them have excellent resolution,” adding that many commercial satellites “have continuous cover of the entire Earth’s surface, so we wonder how and if we can use those commercial data to actually pinpoint UAPs”.

With regard to the budget allotted to the study group, Evans explained that this represents “solely the first phase of NASA’s work, which is to tell us how we could use future data sources and analysis methods to shed light on UAPs.”

At the event, The Debrief was able to ask Daniel Evans if he planned to propose new directives that would allow members of NASA a framework in which they could actively report UAP activity to his study group, the same way the U.S. Navy and the Air Force have done in recent years.

“That’s a very good suggestion,” Evans told The Debrief. “I think it could very well be a conversation our study group has; it may be a recommendation.”

“It’s a little bit too early to say, but it is certainly possible,” Evans added. “I know people have said that there are things floating in space, but it’s too early to say.”

“But it could happen.”

During Evans’ presentation, another of the presenters,  Jacques Vallée, Ph.D., also asked if it would be possible to use NASA’s satellite coverage archives to check if something had ever been recorded during past events. Evans responded that this was among the ideas NASA has in mind but hinted that the space agency may also attempt to use real-time resources to track ongoing UAP events.

Contemporary UAP research requires both human intelligence and technical expertise. At the last Scientific Coalition for UAP Studies AAPC conference, strategic security expert Joshua Pierson declared that out of the 100 most reliable UAP cases, 99 were initiated by witness testimony and only one by radar. Much in line with this, a large part of GEIPAN’s two day conference was dedicated to evaluating tools and methods that can be used to scientifically study witness testimony without inducing a bias in the investigation process.

GEIPAN expert Michael Vaillant and GEIPAN investigator Antoine Cousyn showcased their agency’s fact-checking methodology by using a recent case that happened on France’s west coast, near Crozon, not far from a nuclear military base.

In January 2020, a former military member working as a school bus driver reported seeing a pair of red rectangular objects appear in the sky at low altitudes in broad daylight, seemingly with red orbs moving inside them. Soon afterward, a third rectangular object appeared, and after remaining still for a while, the objects disappeared in a movement that reminded the witness of rocks skipping across water.

Despite thoroughly investigating all conventional causes, including weather phenomena, lasers, planes, drones, and helicopters, the case, which is still under investigation, remains unexplained. According to GEIPAN, there have been 99 similar cases since 1977, with many more cases classified as unresolved due to a lack of data. Those which have been definitively, or at least very likely explained, represent the bulk of reported cases. All personal information related to witnesses is removed from reports the agency obtains, which are then published on the GEIPAN website and made available to researchers around the world.

The United Nations Wants to Clean the Ocean by 2030

In a world first, GEIPAN investigator Gilles Munsch presented an entirely new category of Identified Flying Objects (IFOs) his agency calls the “Entoptic Illusion,” a circumstance where a witness is suspected of having observed their own fundus (that is, the portion of the eye opposite of the pupil) when looking through a telescope that has been set up improperly.

Another presentation, given by Jean-Marc Wattecamps, Chief investigator of the COBEPS Network in Belgium, showed off how text-based analysis by CLAVAR could help filter witness reports to prioritize significant cases among large numbers of incoming reports–a common occurrence during past UFO flaps–while GEIPAN investigator Laurent Chabin showed how augmented reality goggles could be used to reproduce a witness’ observations on-site to help increase accuracy in UAP reporting.

From another angle, Philippe Ailleris, from the AIAA UAP COI Steering Committee,  showed how the European Space Agency Sentinel Satellite network could be used to gather high-resolution pictures that allow researchers to spot potential craft in the atmosphere, allowing investigators free access to satellite coverage.

Hakan Kayal, Space technologies professor at the University of Würzburg, also described how specific UAP detection satellites could specifically pinpoint signatures of anomalous crafts and explained how ground stations based on 100° field of view, 10-megapixel camera SKYCAM 5 constantly examining the sky could be used, similar to how the FRIPON network of cameras of the Paris Observatory surveys the French skies, capable of tracking fast-moving objects. Such a camera has been set up in the Hessdalen Valley, as also discussed during the conference by Bjørn Gitle Hauge with the Østfold University College. Very interestingly, Hauge noted that while his colleagues have observed and photographed UAPs seeming lifting off from the ground, they have never observed anomalous objects that appear to originate from space.

Among the major presentations of the weekend had been one given by Jacques Vallée, whose presentation was the only talk that dealt with a purported UAP crash recovery incident featured at the conference: the recently rediscovered 1945 Trinity case, co-investigated by Vallée and Paola Harris, as allegedly witnessed by both a bomber pilot and ground witnesses. Vallée also showcased his work published in Progress in Aerospace Sciences about what is known as the Council Bluffs case, one of the few studies involving UAP debris ever published in a peer-reviewed publication.

Elsewhere, a presentation by world-renowned expert François Louange offered a striking demonstration of tools available to private researchers to examine photographic evidence. Using his commercially available software IPACO, originally designed for military use, Louange demonstrated his case for why the famous McMinnville UFO photograph was a hoax due to the presence of what he determines to be a string attached to the object present in the image. Louange then announced that his next project will be a similar examination of the recently released Calvine UFO photograph.

Overall, the CNES CAIPAN event offered a perfect opportunity to exchange the latest research and experimental protocols between researchers from across the globe, all amidst fine French cuisine at the Mercure Hotel that guests were able to enjoy; many of whom now eagerly await the next installment of this ongoing international convention aimed at sharing the best current data on the ever-evolving study of UAP worldwide.

Baptiste Friscourt is a certified visual arts instructor based in France. He is the host of the Explorer Lab Youtube Channel, which focuses on the frontiers of science.