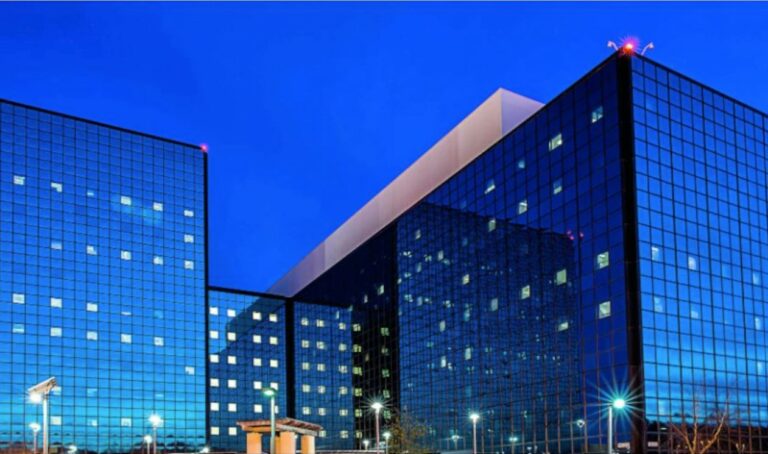 In recent days, The Debrief looked at the evolving views on the subject of unidentified aerial phenomenon expressed by the Air Force beginning in the late 1940s. The Air Force’s silence in dealing with this topic was also the subject of a recent analysis by Christopher Mellon, which seems to continue into the present.

While the views of many United States federal and military agencies when dealing with UFOs have evolved considerably over time, what of the National Security Agency (NSA), arguably one of the most secretive groups inside of America’s military and security apparatus?

Prying historical documents out of the NSA and challenging its decisions to classify information on any subject, including UFOs, is a daunting task on the best of days. This is a fact that researchers attempting to gather this type of data, such as John Greenewald jr of the Black Vault run into regularly. When Greenewald attempted to have a heavily redacted set of UFO-related NSA documents reviewed as part of a Mandatory Declassification Review (MDR), he was eventually informed that the original, unredacted documents could not be found. The NSA is apparently so skilled at protecting the nation’s deepest, most critical secrets that they can even hide them from themselves.

But a few NSA documents dealing with the subject of UFOs have survived. One of these is a 1968 report on the phenomenon of unidentified flying objects, what the most common theories regarding their origins were, and what implications they might hold for matters as weighty as the survivability of human civilization. The document, produced by an author whose name remains redacted, was titled “UFO Hypothesis and Survival Questions.” The NSA was looking at the question seriously and considering the long-term implications of the possible existence of UFOs and how the nation might be best prepared for what such encounters could entail.

MULTIPLE EXPLANATIONS FOR UFOS WERE CONSIDERED

The document is a draft version of what was presumably the final release, but that makes it potentially even more interesting because it includes numerous footnotes and scribbled comments from the author. The paper broke down five different general hypotheses as to the overall “explanation” for the phenomenon of unidentified flying objects. Of potential interest is the first footnote in the document, attached to the first use of the acronym “UFO.” The footnote reads, “All flying, sailing or maneuvering aerial objects whether glowing, pulsating or of a constant metallic hue, whose shape is somewhat circular or cigarish.” Note the use of the adjective “cigarish.” It sounds rather reminiscent of the now-infamous tic-tac.

The general categories they identified were as follows:

To put this document in a historical context in terms of the debate over UAP, it’s worth pausing here and looking at the widely publicized UAP Task Force report from June 25, 2001. As you may recall, that document also broke down the government’s assessment of various “bins” of potential explanations for sightings. Perhaps not coincidentally, the number of such “bins” in that report was also five. They were:

The 2021 report does not attempt to attribute any of the reported sightings to hoaxes or hallucinations, but this is easily explained by the preamble to that list which specifies that the reports under consideration were given by trained military observers. The majority were described as also involving “observations with multiple sensors.” That factor would almost eliminate the possibility of hoaxes and they certainly wouldn’t wish to imply that their Top-Gun pilots were insane.

The other categories fit in remarkably well with items 3 through 5 in the 1968 report. “Natural Phenomena” would clearly encompass some airborne clutter and natural atmospheric phenomena. “Secret Earth Projects” is a perfect fit for USG/Industry developmental programs and foreign adversarial systems. And the “other” bin obviously opens the door to objects “related to extraterrestrial intelligence,” among other things. As in other studies of government UAP documents, The Debrief has examined here, it’s fascinating how little the conversation seems to have changed in more than seven decades.

THE NSA ON HOAXES, HALLUCINATIONS AND NATURAL PHENOMENA

The NSA report spends relatively little time on the idea of hoaxes accounting for all or most UFO sightings and takes a skeptical view on the theory. It speaks of the rarity of “men of science” perpetrating such fakery while acting in their professional capacities, including military professionals. The increasing frequency of such reports during the period being considered is also noted. It concludes by saying that if this number of reports were indeed all fictional, “then a human mental aberration of alarming proportions would appear to be developing,” and “such an aberration would seem to have serious implications for nations equipped with nuclear toys.”

The report treats the idea of hallucinations in a similar fashion. While agreeing that some people do experience hallucinations, occasionally even among groups of people sharing a vision, the author notes the number of reports that include data not limited to human sensory perceptions. They note that many observations are backed up by radar data and gun camera video footage. There is also a reference to reports where “physical evidence of a circumstantial nature” seemed to support the reports of sightings. The “physical evidence” reference is linked to works published by Jacques Vallee. Were all such sightings to be hallucinations, the report concludes that we might “bring into strong question” the ability of mankind to “distinguish reality from fantasy,” thereby producing a negative impact on man’s ability to survive in an increasingly complex world.

The report finds the possibility that all UFOs might be natural phenomena to be troubling on multiple fronts, particularly when it comes to America’s ability to maintain early warning systems against potential Soviet nuclear missile attacks. This isn’t a concern over the possibility that humans might misinterpret some form of weather pattern or other naturally occurring biological or meteorological activity, which is always a possibility. The larger danger here is that the people manning America’s defensive perimeter might develop a “blind spot” to legitimate UFO incursions, writing them off as such natural phenomena. Even worse, the Soviets might take advantage of this blind spot and build offensive systems that would mimic the UAP, luring us into complacency.

The report’s final concern seems far more grave and suggests records of truly remarkable UFO behavior. It references objects that “appear to defy radar detection and cause massive electromagnetic interference.” The author goes on to stress the need to discover “the nature of these objects or plasmas before any prospective enemy can use their properties to build a device or system to circumvent or jam our air and spect detection systems.” This too is eerily reminiscent of the recommendations included in the June 25, 2021 AATIP report. Sadly, the only footnote included in this portion of the report sends the reader to an article in the Encyclopedia Brittanica describing Project Grudge.

The report only spares a single paragraph to the possibility of “Secret Earth Projects.” The author confidently states that there is “little doubt as to the validity of this hypothesis. They warn that all UFOs should be “carefully scrutinized to ferret out such enemy or friendly projects. The failure to do so could leave the nation vulnerable to a new, secret doomsday weapon.”

Are Super-Earths Actually the Best Places to Search for ET?

That brings us to the most intriguing portion of the report, dealing with the possibility of an extraterrestrial intelligence being the source of these UFO sightings. Interestingly, the chapter is preceded by a handwritten note stating that the hypothesis “cannot be disregarded.” The note goes on to reference the 1952 wave of UFOs seen over Washington, D.C. A handwritten footnote to this addition points the reader to the work of Professor James E. McDonald, J. Allen Hynek, and (again) Jacques Vallee. McDonald’s name is misspelled in the handwritten note as “MacDonald,” but there is little doubt as to who the author meant to reference. McDonald was a legendary UFO researcher in his own right, who died under what some researchers consider questionable circumstances. You can see the FBI file that was maintained on McDonald here.

As to the question of mankind’s potential interaction with an extraterrestrial intelligence, the report divides the possibilities into categories based on whether “we” discover “them” or “they” discover “us.” A number of survival strategies are offered. The author references human interactions between technologically advanced civilizations and indigenous peoples who were overwhelmed by them, placing humanity in the role of the disadvantaged species if the creators of the UFOs have a significant scientific advantage over the humans they “discovered” here on Earth. The report suggests strategies such as “full and honest acceptance of the nature of the inferiorities separating you from the advantages of the other people.” It advises a strategy of national solidarity in dealing with the invading culture and limited interaction with the aliens to the extent that is possible. Humans are also advised to learn from the technology of the aliens as rapidly as possible and prepare for unconventional, asymmetrical warfare. These strategies could easily have been the inspiration for a variety of science fiction movies ranging from War of the Worlds to Independence Day.

Nothing in the NSA report suggests that the presence of nonhuman intelligences in our airspace had been definitively proven. But at the same time, the agency was not in any way scoffing at it. They were leaning toward preparing for the possibility and developing strategies that might best equip the nation in the event of a potentially hostile alien invasion. The report closes with the suggestion that “more of this survival attitude is called for in dealing with the UFO problem.”

It may be worth considering how often the phrase “the UFO problem” has shown up in military and government documents from the post-World War 2 era reviewed by The Debrief. Such references have been found in records from the Army, the Air Force, and security agencies. If the question was seen as purely speculative or the product of delusional conspiracy theorists, a reference to “the UFO question” or “the UFO theory” might have been more likely. But the word “problem” suggests that the guardians of our nation’s secrets and security were exploring a phenomenon that they saw as not only possible but perhaps likely, if not confirmed. And plans were under discussion to come up with a solution to that “problem.”

Perhaps if additional official documents come to light in the future, more answers will be revealed. But at this point, what we have learned of the United States government’s early responses to reports of unexplained objects in our skies sounds more like a serious effort to understand and perhaps even confront a very real unknown phenomenon than any sort of preparation to respond to outbreaks of mass hysteria.