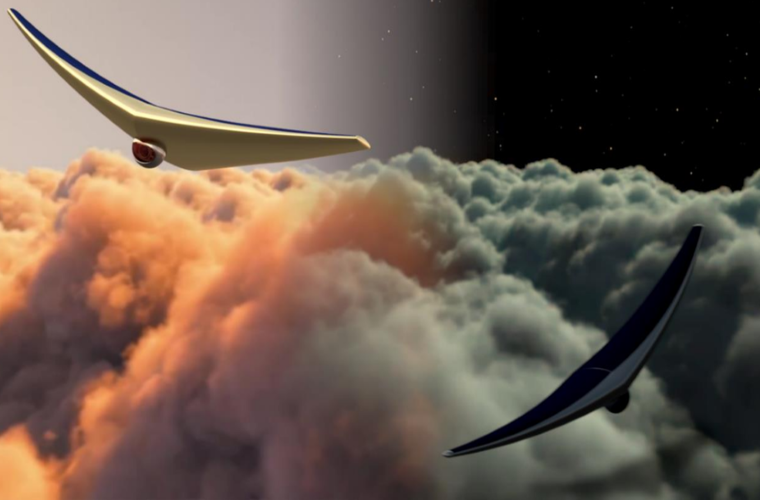 A new spacecraft inspired by the manta ray and designed to surf the clouds of Venus has received a second round of funding from NASA. Dubbed BREEZE or the Bioinspired Ray for Extreme Environments and Zonal Exploration, the newly proposed inflatable craft would move through the Venusian clouds by propelling its wings like a manta ray.

VENUS IS A PRIMARY TARGET IN NASA’S SEARCH FOR E.T.

Since the discovery of Phosphine gas in the clouds of Venus, a potential sign of extraterrestrial life (and the signal’s confirmation late last year), mission planners from around the globe have set their sights on the second planet from the sun. NASA already has two missions on the drawing board, with VERITAS and DAVINCI+ receiving $500 million apiece last year. The Debrief reported in-depth on both efforts, which are expected to launch sometime between 2028 and 2030.

The Debrief also reported on a privately funded series of missions named the Venus Life Finder missions, the first of which is expected to launch in 2023. Now, NASA’s Innovative Advanced Concepts (NIAC) program has funded Phase 2 of BREEZE, with hopes of planning an actual mission around the spacecraft’s unique design in the near future.

MANTA RAY SPACECRAFT WILL CRUISE THE CLOUDS OF VENUS

Unlike most atmospheric balloon concepts, which are dependent on wind for propulsion, BREEZE can flap its wings like a manta ray and propel itself to its destination. According to the project’s summary, this bio-inspired flight “is achieved through oscillatory wing morphing, offering precise control and allowing for multiple flybys over the same location.” Also inspired by the musculoskeletal system of a manta ray, the wing’s control actuators will be located internally, shielding them from the planet’s corrosive atmosphere.

Directed by Javid Bayandor from the State University of New York at Buffalo, BREEZE previously received funds via a Phase 1 grant from NIAC, enabling “preliminary computational studies on the structure, aerodynamics, stability, and inflation” of the proposed craft. At the top of the Phase 2 list is an assessment of the wing range of motion and flapping velocity, which should help determine the maneuvering capability of BREEZE “before shifting to actual wind tunnel trials.”

“The final test will be assessing BREEZE’s active buoyancy control through volume reduction,” the project page explains. This test involves increasing or reducing the volume of BREEZE to affect its buoyancy, allowing the craft to change its altitude. “This will be done on a scale model of BREEZE that replicates the compression mechanism of the full-scale concept,” the page explains.

In a real-world mission, Breeze would navigate Venus’ atmosphere at altitudes between 50-60km, “riding zonal winds and overcoming the meridional winds to circumnavigate the planet every 4-6 days.”

BREEZE would carry a nephelometer, an anemometer, a magnetometer, a mass spectrometer, a synthetic aperture RADAR, and a visible light camera to conduct its science objectives. According to the project summary, this instrument suite “will enable controllable selection of dispersed or repeated location sample collection for atmospheric and geographic studies.”

With only $600,000 committed to BREEZE via its Phase 2 grant, it is far from ready to launch into space. However, should its Phase 2 tests prove successful, the researchers behind the concept see a wide range of possible applications.

This 2.5-Billion-Year-Old Ruby Has Traces of Ancient Life Trapped Inside It

“Besides Venus, BREEZE can be deployed on other celestial bodies with adequate range of atmospheric densities such as Titan and Earth,” the project summary explains. “This is a major advantage for BREEZE as it can be easily tested in Earth’s atmosphere, lowering associated risks.” Furthermore, the summary concludes, “the control methodologies developed will be applied to ray-inspired airships and robots designed to navigate air as well as liquid environments, respectively.”

“As we set our sights on ever more challenging destinations for exploration with humans and robots, innovative ideas and future thinking will be critical to helping us reach new milestones,” said NASA Deputy Administrator Pam Melroy when announcing the newly awarded grants. “Concepts like those being studied with this new round of NIAC funding are helping us expand the scope of the possible so we can make it a reality.”