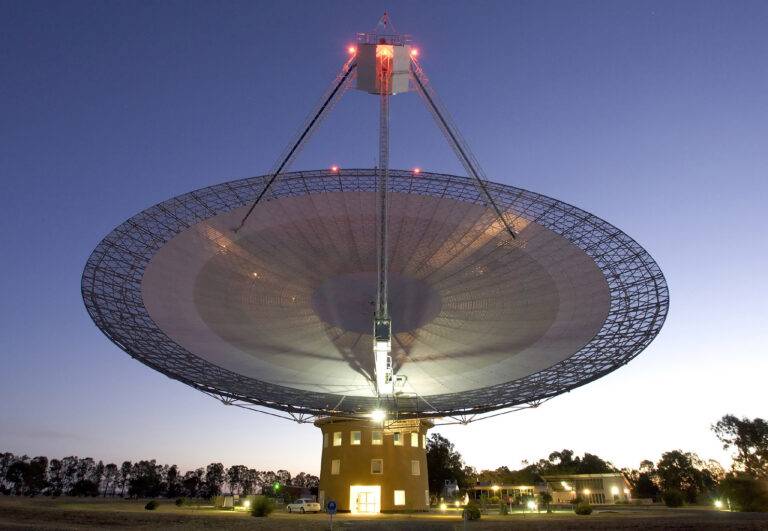 A team of researchers from the Breakthrough Listen project have detected a mystery signal coming from Proxima Centauri, our closest cosmic neighbor. This latest detection was captured in 2019 and, after confirming the signal,  researchers are now considering some unlikely causes, even alien ones.

“It is very exciting when possible signals come in,” stated astrobiologist Dr. Jacob Haqq-Misra, a senior researcher with the Blue Marble Space Institute of Science told The Debrief. “SETI is a ‘needle in a haystack’ game after all, so unusual technosignature candidates like this draw a lot of interest.

At this point, much more research is needed to confirm the precise nature of the signal and its possible causes. However, Dr. Andrew Siemion from the University of California, Berkeley, and the project’s principal investigator freely admits why this discovery has already become such a huge story. “The reason we’re so excited about SETI [the Search for Extraterrestrial Intelligence], and why we dedicate our careers to it, is the same reason why the public gets so excited about it. Its aliens! It’s awesome!”

The Breakthrough Listen project, funded by tech billionaire Yuri Milner, used Australia’s Parkes Observatory to study Proxima Centauri in the spring of 2019 when the team detected a curious signal in April and May of that year.

Proxima Centauri is a short 4.2 light-years away, making it the closest star to Earth besides our Sun. It is also one we already know has a pair of planets zipping around it, appropriately named Proxima b and Proxima c after their host star.

Both celestial bodies were discovered in 2016, but it is the first of the pair that has scientists most intrigued. That’s because along with being only 1.2 times the size of Earth, Proxima b also resides in the star’s “habitable zone,” an area described by researchers as the right distance from the host star in which liquid water could exist on a rocky planet’s surface. This exceedingly unique set of traits makes Proxima b a particularly tantalizing exoplanet to study, especially for SETI researchers, meaning any signal detected from that star’s system is unusually exciting.

ANALYSIS: What Did They Hear?

“Our algorithm is very optimistic about what might be alien technology,” conceded Sofia Sheikh in an interview with National Geographic. Sheikh is a graduate student at Penn State University whose team performed the follow-up analysis of the signal, and who is the lead author on the forthcoming paper detailing their work, “but this is super exciting because we’ve never gotten to the stage where the algorithm found something that’s actually interesting.”

Still, it’s not only the proximity of the signal that has researchers at least considering such an earth-shattering hypothesis as extraterrestrial technology but the make-up of the signal itself.

“We don’t know of any natural way to compress electromagnetic energy into a single bin in frequency,” said Siemion when describing this signal in an interview with Scientific American, one which has since been named BLC1. “It’s the most exciting signal that we’ve found in the Breakthrough Listen Project because we haven’t had a signal jump through this many of our filters before. For the moment, the only source that we know of is technological.”

Then are we talking about aliens?

Unfortunately, that explanation has some drawbacks.

“So, statistically, it’s probably not aliens, and some properties of the signal don’t fit what we’d expect from a signal produced by [an] intelligence. It didn’t actually have any data encoded in it, for example,” explained Tessa Fisher, a PhD Student from the School of Earth and Space Exploration at Arizona State University, in an interview with The Debrief.

Sheikh also explained how BLC1 “drifts,” meaning that the frequency of the signal appears to be changing slightly, and how this drift is the reverse of what one would expect for a signal originating from a world orbiting our Sun’s nearest neighboring star. “We would expect the signal to be going down in frequency like a trombone. What we see instead is like a slide whistle [where] the frequency goes up.”

Further complicating efforts, the team also has to account for the vast array of strikingly similar signals our human-made technologies produce, nearly all of which display the same tell-tale signs as those they are hunting.

“Only human technology seems to produce signals like that,” said Sheikh. “Our WiFi, our cell towers, our GPS, our satellite radio, all of this looks exactly like the signals that we’re searching for, which makes it very hard to tell if something is from space or from human-generated technology.”

Fisher pointed out another problem with the ET hypothesis.

“While it’s intriguing that it appears to come from the direction of Proxima Centauri…a week before this story came out, there was another research team that detected radio emissions that likely corresponded to Proxima Centauri experiencing massive solar flares,” Fisher told The Debrief. “Furthermore, these flares happen on a monthly basis, which doesn’t bode well for life thriving on any planet orbiting the star.”

Ultimately, it will take a series of follow up readings and outside collaborations to confirm this latest signal as something natural or something produced by artificial technology. If previous experience is any indicator, initially tantalizing alien technology discoveries usually turn out to have more Earth-based explanations.

OUTLOOK: Signals From The Deep

When one considers that this research field started in 1960, over 30 years before humans discovered the first exoplanet, it may be only a matter of time before enough signals are detected and another technologically advanced civilization is found. SETI’s Seth Shostak, in a previous interview with The Debrief, stated that he believes humans will discover evidence of an alien civilization by 2036.

“I can’t say much about it until the astronomers publish their paper about the discovery,” stated Haqq-Misra in an interview with The Debrief. “This is more or less the general sense in the astrobiology community. We will wait and see when the paper gets out. That is our due diligence as scientists, even if the signal turns out to be a technosignature.”

Whatever the origins of the signal are, it is clear that humanity has an innate desire not to be alone. With our eyes turned to the Moon, Mars, and beyond, there is a real hope that maybe this signal itself will turn out to be the one.