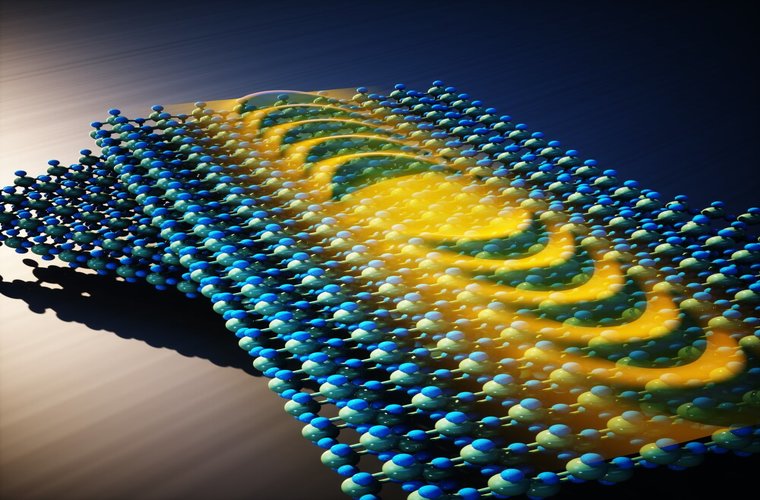 Physicists from the University of California, Riverside have received funding from the U.S. Army Combat Capabilities Development Command, (DEVCOM) within the Army Research Laboratory to study ways to capitalize on the unusual effects of 2D materials like graphene, and particularly their ability to manipulate light and heat when twisted, according to a press release.

“This research effort has the potential to impact fundamental science and technology, involving physics of quantum processes in light-sensing and deeper knowledge of novel optoelectronic properties in 2D quantum materials,” said DEVCOM program manager Tania Paskova in the press release announcing the grant. “A successful execution will open new opportunities for quantum enhanced sensors that could usher a new era of night vision technology and quantum communication networks, both of significant importance for the Army.”

The effort was explained more simply in an email to The Debrief by Professor Nathan Gabor, one of the primary researchers on the project, who said, “I believe ‘twistronics’ will enable key outcomes to improve [things like] photovoltaics [and a whole range of technologies] because we can now manipulate materials in a highly precise way, essentially fine tuning the placement of atoms in the crystal by twisting one layer relative to the other.”

Since scientists and researchers first began working with 2D materials (essentially, this means structures that are only 1 atom thick), they began noticing the unique quantum effects these materials had, particularly on electromagnetic energy, or more simply, light.

To explain the basics of these unique effects, Professor Gabor pointed The Debrief to an article he wrote in a 2018 edition of the journal Nature Nanotechnology.

“In recent decades, scientists have developed the means to engineer synthetic periodic arrays with feature sizes below the wavelength of light. When such features are appropriately structured, electromagnetic radiation can be manipulated in unusual ways, resulting in optical metamaterials whose function is directly controlled through nanoscale structure.”

In short, materials this small have a direct, and often unusual effect on light. And that effect, his research shows, becomes particularly pronounced when one 2D layer is placed atop the other and then twisted.

“Today, we understand better even at just the stacking level how these materials behave,” said fellow UCR Professor Vivek Aji, a theoretical physicist and Gabor’s co-investigator. “In twisting, you arrive at a series of ‘magic angles’ where certain aspects repeat. Twisting is the future in this line of research.”

In his Nature Nanotechnology article, Gabor also noted how this effect could already be observed outside of a university lab.

“Nature, too, has adopted such techniques—for example in the unique colouring of butterfly wings—to manipulate photons as they propagate through nanoscale periodic assemblies.”

With this influx of funding from the Army, Gabor and Aji will continue their research into these unique materials, particularly their even more unusual ‘twistronic’ properties, with hopes of improving the electrical efficiency of a whole host of light-sensing devices and technologies by capturing as much of the light as possible rather than losing it to heat.

“In ordinary light-sensing devices based on silicon (for example, the light sensors used in remote controls, motion detectors, etc.), light energy is absorbed to produce a combination of electronic energy (voltage) and thermal energy (heat),” Gabor said in his email to The Debrief. “In most common devices, the production of heat is bad as it reduces the light-sensing efficiency. If less of the light energy is directed into voltage, then the detectors are not as efficient as they could be.”

In their experiments to test if these inefficiencies could be improved with twistronics, Gabor and Aji are using 2 different types of 2D materials stacked on top of each other, molybdenum and selenium.

“These materials are single sheets of atoms in a hexagonal pattern (like graphene),” Gabor told The Debrief, “yet in an alternating pattern where one site is a metal (like molybdenum or tungsten), and the other site is a pair of chalcogen atoms (selenium) with one atom slightly above and one slightly below the plane.”

They chose these particular materials, Gabor explained, for their own unique properties, even compared to the more commonly known 2D powerhouse graphene. “These materials have vastly different (and only recently understood) properties compared to graphene, and so [they] give us an opportunity to search for new physics and develop new technologies.”

What makes their approach unique, says Gabor, is how they are using the unique properties of these twisted 2D materials to ‘trap’ the heat energy that is normally lost in light sensing devices like night vision goggles and solar panels, [or even television remote controls] to reuse it as electrical energy.

“Our research takes a very detailed ‘quantum view’ of heat energy, which is actually just the motion of the atoms that make up a material,” Gabor told The Debrief. “In ordinary devices, this motion dissipates the electronic energy that we are trying to use, and so is generally considered a negative effect (waste heat).”

That waste, Gabor explained, could theoretically be captured if the 2D materials were tuned in the right way, in this case twisted relative to each other, so that the “vibrational” heat energy is captured and converted back into usable electrical energy.

Most of The Universe is Invisible: Here’s What You Need to Know about what You Can’t See

“From quantum mechanics, we know that this motion can just as likely be harvested to generate more electronic energy. If an atom is moving, it must have kinetic energy, and quantum effects [of 2D materials] enable us to steal this kinetic energy and store it as electronic energy. If we can reliably fine-tune quantum mechanical effects, then increasing the efficiency of–or tuning the system to absorb UV, near IR, or mid IR–could be as simple as twisting materials relative to each other.”

As for what practical, potentially commercial applications may come from their work, Gabor noted that along with the US Army’s primary focus on improvements in light sensing and quantum communication, [the latter of which he qualified by saying “we don’t yet envision a quantum bit design based on our materials, this will be a very focused future direction”] his research facility is already working in one area where light energy lost to heat is particularly troublesome; solar power.

“All of the research in my lab (qmolab.ucr.edu) focuses on how to improve photovoltaics,” Gabor told The Debrief. And this latest research, he said, will undoubtedly bolster those ongoing efforts.

Hoping to offer perspective, both Gabor and Aji admit that this is the very beginning of this type of science and that a lot of work will need to be done in the ensuing decades to truly understand the quantum effects being observed. This includes things like going beyond two layers of materials to multiple-stacked designs, as well as trying different material combinations and measuring their effects. However, they believe that their current work may already constitute a critical first step that future research can be built upon.

“While we still need to understand a vast set of possible parameters, you can almost think of this as very similar to the foundations of chemistry.” Gabor told The Debrief. “We now have many, many materials that can be combined and twisted to produce new materials with new properties-by-design.”