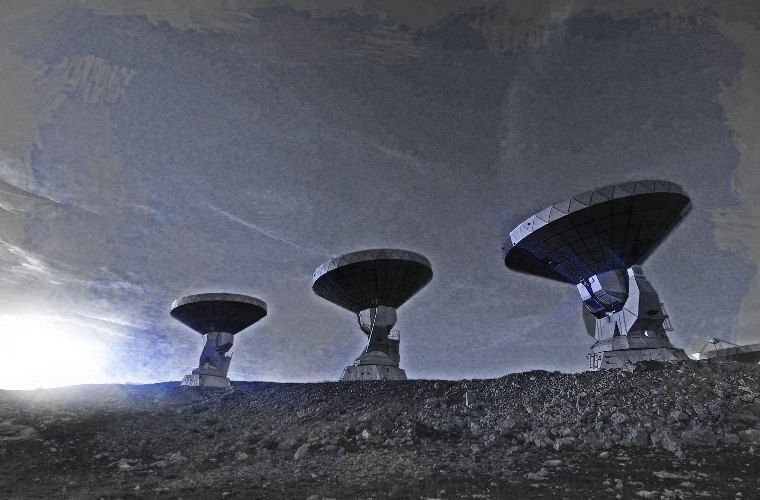 We Should Use Quantum Communication To Talk to ET, Says SETI Researcher

For over 60 years, SETI scientists have pointed their receiving arrays at the heavens, hoping to detect the telltale signs, or technosignatures, indicating we are not alone. Many methods have been tried, with some newer ones on the horizon, but based on the seeming inevitability of our species moving to quantum computing, a researcher from the University of Berkeley’s SETI program has proposed we instead scan for signs of E.T. using quantum communications methods.

“Over the last six decades, more than one hundred dedicated search programs have targeted these wavelengths; all with null results,” the paper authored by Michael Hippke states. “I argue that future searches should also target quantum communications. They are preferred over classical communications with regards to security and information efficiency, and they would have escaped detection in all previous searches.”

In that research paper, Hippke notes that the first SETI efforts started in 1959 and that in the time since, all subsequent efforts have searched for classical, radio-style communications. And as he noted, no confirmed, affirmative alien technosignatures have been definitively detected.

Hippke thinks this is because a more advanced alien species would have moved past this traditional form of communication in favor of the benefits offered by quantum communication methods.

These benefits, Hippke argues in his paper, could make it a tempting target for SETI researchers who could hunt for the types of signatures over much longer interstellar distances than traditional methods.

“I show that quantum coherence is feasible over interstellar distances,” Hippke states in the paper, “and explain for the first time how astronomers can search for quantum transmissions sent by ETI to Earth, using commercially available telescopes and receiver equipment.”

Analysis: The Benefits of a Distributed Quantum Communications Network

To make his argument, Hippke notes four distinct advantages that may entice E.T. to employ this kind of communication.

The first method seems particularly interesting to Hippke, who argues that a truly advanced E.T may want to make their long-distance communications too difficult to access unless a society has reached a certain level of technological sophistication.

“ETI may deliberately choose to make communications invisible for less advanced civilizations,” Hippke told Universe Today in a recent interview. “Perhaps most or all advanced civilizations feel the need to keep the ‘monkeys’ out of the galactic channel and let members only participate above a certain technological minimum. Mastering quantum communications may reflect this limit.”

Quantum supremacy, or the idea a quantum system is more robust and more powerful than a traditional system, also offers E.T. a significant advantage and is among the main reasons humans are trying to perfect this technology for themselves. The same goes for quantum efficiency, where Hippke indicates he could theoretically increase the volume of information stored in a photon by up to 1/3 compared to traditional methods.

“A quantum advantage of order 1/3 does not seem like much, but why waste it?” Hippke wrote in his paper. “It is logical to assume that ETI prefers to transmit more information rather than less, per unit energy.”

The fourth advantage, quantum security, is also significant, especially when limiting who can intercept the communication. Like the others, it is also a reason humanity is trying to move to quantum processes for computing and communication.

However, even with all of the advantages identified, some researchers feel we are a ways away from detecting this type of communication.

Outlook: The Future of SETI and Quantum Communications

In the end, and depending on the method used to transmit quantum information, Hippke’s paper postulates that our current tools could indeed find certain quantum signatures. They are all able to detect photons, analyze light spectra, and even perform polarization experiments, all of which could be tailored to look for this type of communication.

“The idea is interesting and has been suggested before as a means of interstellar communication,” says Haqq Misra. “However, we do not have any facilities that are ideally designed to search for such quantum technosignatures, nor do we know exactly what we should be looking for.”

As to the validity of the method, Haqq Misra thinks all search methods should be on the table, even ones we may not yet be able to perform. But he also thinks the current strategies being employed still hold the most promise, at least for the time being.

“I think it is worth continuing to think about possible quantum technosignatures and how we might detect them, but current astronomical missions will be better-suited for looking for other types of technosignatures.”

Still, based on the laws of quantum mechanics, it is important for researchers who may use this method to remember that any attempt by humans to intercept and decode a quantum transmission will have a measurable effect on the message itself, meaning that whoever is the actual, intended recipient of the message will know we are listening.

Although any such extraterrestrial intelligence may not necessarily have an issue with that, if they are anything like we are, it’s also possible they won’t take kindly to someone listening in on their interstellar phone calls.