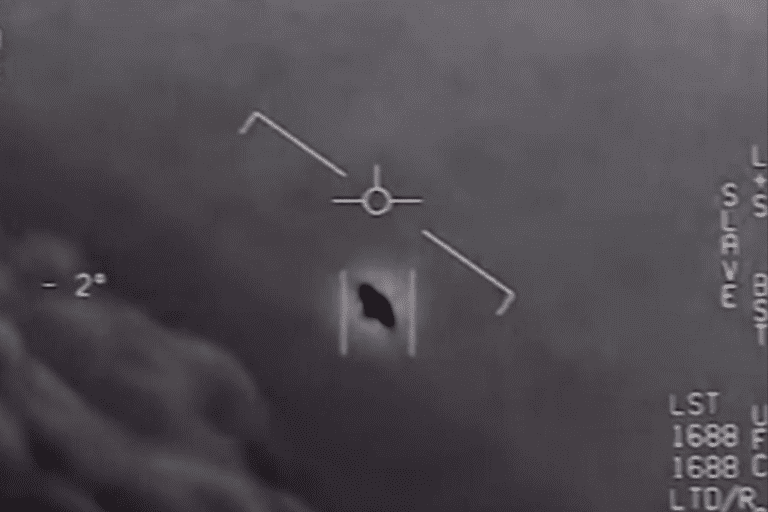 Unidentified: Navy Confirms Objects In These Videos Can’t Be Explained

In a noteworthy, but widely overlooked official statement, the U.S. Navy appears to have acknowledged that it cannot identify objects seen in a series of controversial videos.

The unidentified objects appear in a series of three videos released by Tom Delonge’s To The Stars Academy, one of which had previously appeared online a number of years ago. The objects in the videos were tracked and filmed by Navy fighter planes fitted with Raytheon’s Advanced Targeting Forward Looking Infrared pod, or ATFLIR system.

The new details were provided by Joseph Gradisher, official spokesperson for the Deputy Chief of Naval Operations for Information Warfare, to John Greenewald of The Black Vault, a website that has advocated broader government transparency for many years, featuring thousands of documents obtained by Greenewald using the Freedom of Information Act.

In response to Greenewald’s ongoing requests for information about the controversial videos, Gradisher provided new details about their provenance, as well as Naval assessments of the objects that appear in the videos.

According to Gradisher, “The Navy designates the objects contained in these videos as unidentified aerial phenomena,” a statement which appears to confirm that the subjects of each of the videos represent objects or aircraft which are unknown to the U.S. Navy at this time.

Greenewald, writing at The Black Vault, also notes that Gradisher confirmed that the footage does not appear to have been released through official channels:

However, the Navy also asserts that the three videos were never cleared for public release, thus confirming the official stance of the Pentagon originally issued to The Black Vault in May of 2019, and contradicting TTSA’s widespread claims the U.S. government “declassified” the footage for public consumption.

“The videos were never officially released to the general public by the DoD and should still be withheld,” said Pentagon Spokesperson Susan Gough to The Black Vault earlier this year. Mr. Gradisher, on behalf of the Navy, confirms the Pentagon’s position this week by adding, “The Navy has not released the videos to the general public.”

The key takeaway is that the U.S. Navy has, perhaps for the first time, acknowledged that specific footage originating from within the naval warfare service branch of the United States Armed Forces depicts objects and/or technology which it cannot identify. The significance of this statement is profound, despite having been implied many times already since late 2017, when the videos began to be released and receive greater public acknowledgment and media attention.

Yet despite the media attention this subject has received since The New York Times first broke the story about the DOD’s Advanced Aerospace Threat and Identification Program, Greenewald’s reporting on this statement by Naval spokesperson Gradisher Has been largely overlooked by the media, as well as the majority of UFO advocates and researchers.

It should be noted, however, that the Navy’s recent statement to Greenewald still does not rule out manmade technologies, possibly those produced by a foreign government, or even by some other group, domestic or abroad. Their nature and origin, for the time being, simply remains unidentified, which leaves open many possibilities as to their ultimate significance.