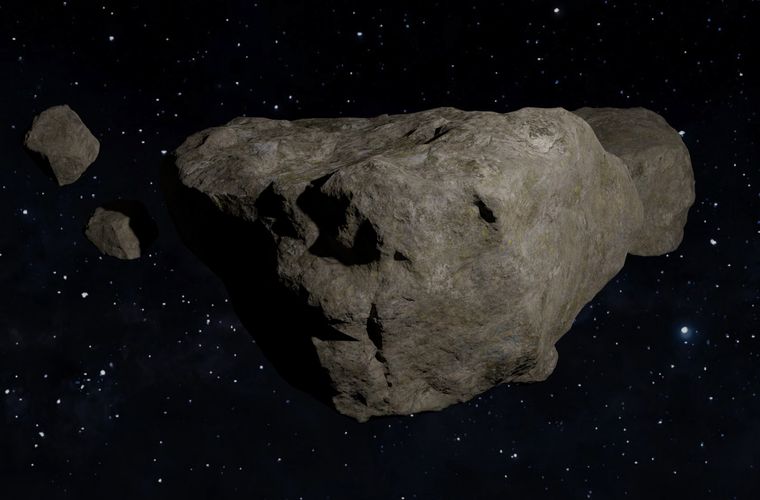 The Psyche asteroid could be a protoplanet, according to new research from NASA (PC Pixabay.com)

Protoplanets are large collections of matter found in orbit around distant stars, or even our Sun, which have the potential to form into planets. Considered “planetary embryos” by astronomers, these formations begin with material that eventually melts to produce a core that’s chemically different from the structure’s outside, similar to our own planet’s core which is a liquid metal, different from the solid outer crust.

Now, in advance of NASA’s Psyche mission scheduled for later this year, planetary scientists have produced the most detailed map yet of the unusual asteroid, which may help determine whether its unusual metallic structure represents a prospective protoplanet as well.

Protoplanets may have even helped form our Moon. One theory holds that a protoplanet astronmers call Theia collided with Earth and helped create the Moon at some point in the distant past. Now, astronomers want to determine whether Psyche might have been formed in a similar way.

Later this year, NASA plans to send a probe to Psyche to learn more about the asteroid and determine its planetary status. Previously, scientists from MIT in cooperation with other institutions used the Atacama Large Millimeter/submillimeter Array (ALMA) to look at Psyche.

The ALMA telescope array, based in Chile, is considered by NASA to be “the most powerful Earth observatory in history,” and allowed researchers to measure the amount of light coming from Psyche, which helped them estimate the temperature and certain chemicals on the asteroid’s surface. From this, the researchers were able to create a map of the asteroid.

“These maps confirm that metal-rich asteroids are interesting, enigmatic worlds,” says MIT planetary scientist Saverio Cambioni. “It’s another reason to look forward to the Psyche mission going to the asteroid.”

Once it does, Psyche’s status as a protoplanet may finally be revealed, along with other clues about the composition and structure of this unique asteroid.