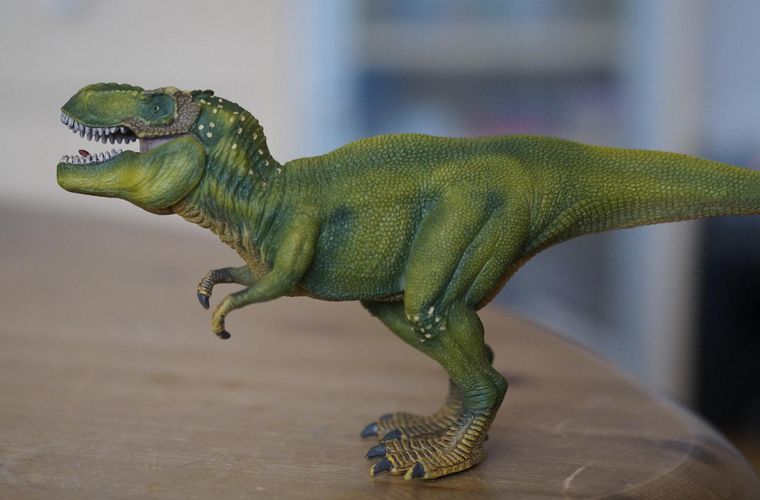 Researchers at the University of Minnesota discovered a new dinosaur, Meraxes gigas, which also had a big head and tiny arms. (PC Pixabay.com)

The tiny arms of massive dinosaurs like Tyrannosaurus probably seem badly out of proportion to the rest of these ancient predator’s bodies. It’s no wonder that this ancient evolutionary combination of a gigantic, ferocious head and tiny, seemingly useless arms has confused researchers for decades.

Only recently, with the discovery of a dinosaur even larger than the Tyrannosaurus, the Meraxes gigas, do scientists now believe they have found an answer to this longstanding and confusing anatomical combination.

Until 2012, most scientists believed that the famous Tyrannosaurus rex dinosaur was one of the largest carnivorous dinosaurs. In 2012, everything changed when the fossil of a Meraxes gigas was discovered in Patagonia. Named Meraxes after a dragon from the Game of Thrones novel A Song of Ice and Fire, the fossil revealed this dinosaur to weigh around 4 to 5 tons or 10,000 lbs. The skull was also found to be four feet long.

The dinosaur is believed to be in the same family as Giganotosaurus, one of the largest carnivorous dinosaurs. With Meraxes standing 36 feet tall from tail to head, it towered over T. rex. Yet, curiously, its body was very similar to T. rex, including its tiny arms.

“The neat thing is that we found the body plan is surprisingly similar to tyrannosaurs like T. rex,” explained professor at the University of Minnesota Peter Makovicky. “But they’re not particularly closely related to T. rex. They’re from very different branches of the meat-eating dinosaur family tree. So, having this new discovery allowed us to probe the question of, ‘Why do these meat-eating dinosaurs get so big and have these dinky little arms?’”

To answer this question, the researchers looked at related skeletons and found all had large skulls and tiny arms. Scientists have many theories for the purpose of these arms, with some experts postulating that these tiny arms were used to slash victims during a fight.

The researchers from the University of Minnesota were more interested in why these tiny arms existed to begin with. According to Makovicky, “We shouldn’t worry so much about what the arms were being used for, because the arms are actually being reduced as a consequence of the skulls becoming massive. Whatever the arms may or may not have been used for, they’re talking about a secondary function since the skull is being optimized to handle larger prey.”

As the dinosaur’s arms shrink in size, many scientists have begun to classify these arms as “vestigial.” A vestigial structure is an organ or tissue that exists in the body but no longer serves a function. While evolution selected against tiny arms, making them smaller and smaller, there are still vestigial structures around today that evolution hasn’t yet gotten rid of.

Outlook: Tiny Arms were Only the Beginning

From the human tailbone to wisdom teeth, vestigial structures still exist today. Evolution is slowly selecting against these structures, as many babies are now born without wisdom teeth, showing that we no longer need them. This process is called “micro-evolution.” While we are able to adapt to this slow form of evolution, the dinosaurs weren’t so lucky. Meraxes and others suddenly disappeared from the fossil record.

“Usually, when animals are on the verge of extinction, it’s because their evolutionary rates are quite slow, meaning they aren’t adapting very quickly to their environment,” explained the study’s lead author, Juan Canale, a researcher at the National University of Rio Negro. “Here, we have evidence that Meraxes and its relatives were evolving quite fast, and yet within a few million years of being around, they disappeared, and we don’t know why.”

“It’s one of these finds where you answer some questions, but it generates more questions for the future.”