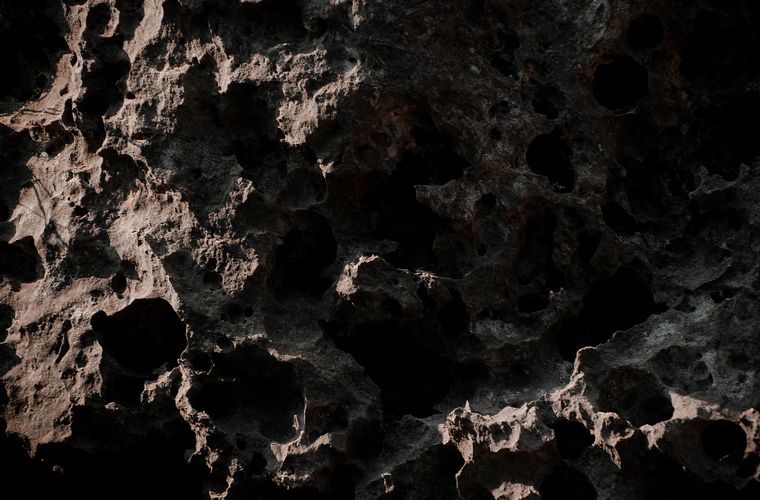 Researchers have found that the surface of Bennu is getting rockier due to an erosion of space dust. (PC Viktor Talashuk on Unsplash)

Asteroids provide an extremely important resource for astronomers, which includes the way they help to unravel clues about planetary origins. During past impact events, these space rocks have also helped shape the surfaces of the Earth and Moon, and have even played an influential role in shaping the evolutionary history of our planet, as is particularly the case with the extinction event that killed the dinosaurs.

Now, researchers from the University of Colorado Boulder say they have found something interesting occurring on the surface of asteroid Bennu, where they say they have observed space dust hop around in ways they likened to kernels of popcorn.

In 2020, NASA took a closer look at Bennu with the help of their Origins, Spectral Interpretation, Resource Identification, Security-Regolith Explorer (OSIRIS-Rex) spacecraft. The spacecraft had traveled more than one billion miles to get within 4.5 miles of Bennu.

As tall as the Empire State Building, the asteroid is large enough to provide plenty of data to astronomers, and OSIRIS-REx has retrieved samples from Bennu to learn more about the asteroid. Until the spacecraft returns, the researchers have been studying images of the asteroid, finding new surprising details.

The research team at the University of Colorado at Boulder was surprised by how rough the surface of Bennu looked. In using simulations and models, they found that grains of space dust was being kicked up and pushed into space, leaving only bigger rocks behind. This made the surface of the asteroid appear rougher. The researchers postulated that static electricity was causing this process, but they weren’t entirely sure. According to professor Mihály Horányi at the University of Colorado Boulder: “We’re realizing that these same physics are occurring on other airless bodies like the Moon and even on the rings of Saturn.”

Because asteroids like Bennu are spinning, their surfaces alternate between shadow and sunlight. This temperature-fluctuation cycle puts stress on the surface rocks, and they eventually break. “It’s happening every day, all the time,” explained research associate Hsiang Wen Hsu. “You wind up avoiding a piece of rock into smaller pieces. The gravity on the smaller asteroid is so weak that it can’t hold back the escape.”

This result hinted that these surfaces could erode significantly in the next centuries, implying that big changes could be in store for places like our Moon’s surface. While there seems to be no way to prevent space erosion, scientists are hoping to use samples of space dust to learn more about the erosion process.

While this process may seem natural, it could spell disastrous consequences for future space travel. Rockier surfaces make it difficult for spacecraft to land. This may drive many space agencies to change the design of the landers to account for rockier surfaces. However, there may be benefits to asteroid erosion as well. Small asteroids may eventually erode away, making it easier for spacecraft to navigate certain areas.

Filtered Faces: How the Selfie is Driving Up Requests for Plastic Surgery

With research ongoing, scientists are hopeful that they will be able to unlock more secrets about these asteroids, which may further elevate our understanding of planetary formation, and many other questions that remain about our universe.