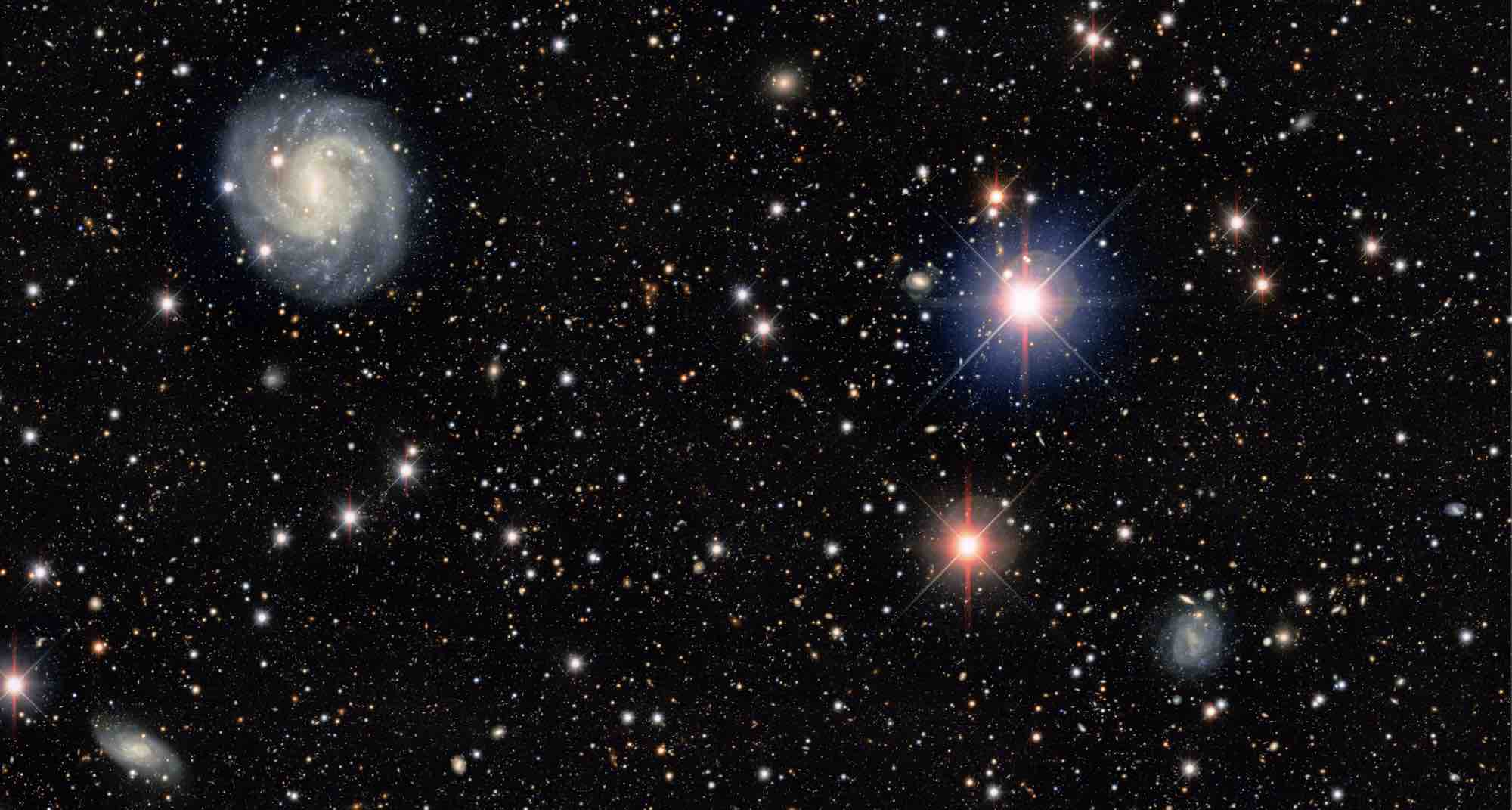 While scientists continue to debate what the greatest unsolved mysteries of our universe may be, few would dispute that gravity remains among the most mysterious forces that humans have observed.

So subtle that it has almost no effect at the subatomic level, gravity nonetheless keeps planets in orbit and holds together the bundles of millions of stars astronomers recognize as galaxies. Although it is invisible to the human eye, gravity also remains capable of warping light, the fastest-moving agent governed by physics to exist in our universe.

The most accurate description of gravity remains the one Einstein gave us in 1915 with his general theory of relativity. For Einstein, gravity is essentially just the effect that arises from variances in the distribution of mass throughout the universe, which results in the curvature of spacetime. Think of how a marble, placed at one end of a large rubber sheet, would roll toward a location where you place a larger, heavier object that weights the sheet, creating a downward curving depression along its surface. Although gravity is actually the force moving the marble in this analogy, the broader concept relates to how smaller objects in space are attracted toward objects of greater mass.

Although Einstein’s understanding of gravity is still the best one we currently have, there have occasionally been challenges to the famed physicist’s theories. However, according to a new study, revising Einstein’s theories about the most mysterious force in all of nature is unlikely to help us resolve one of the greatest lingering questions about our universe: what is causing it to expand at an ever-accelerating rate?

Scientists have long pondered over what could cause our universe to be expanding the way it does while seemingly avoiding the influence of gravity. The effect could be compared to what would happen if you were to toss a baseball straight up into the air, and rather than rising to a certain height and falling again, it continued to ascend instead, gaining speed as it moved away from the Earth. In other words, the expansion of our universe seems to defy everything we understand about gravity.

Enter dark energy, the hypothetical force physicists believe to be driving this anomalous universal expansion. The source of almost 70% of the total energy in our universe today, since the 1990s, dark energy has been the leading explanation for what could be causing the rate of expansion of the universe to be constantly accelerating.

However, other possibilities exist too. What if, for instance, something was incomplete about our understanding of gravity? Had Einstein been wrong, after all?

This had been one of the questions on the minds of researchers with the international Dark Energy Survey, which relied on data collected by the Victor M. Blanco 4-meter Telescope in Chile to try to settle the question of whether there are still a few missing pieces in the gravity puzzle.

The study approached the problem by exploring several different possible universal models. These included the widely accepted presence of dark energy, as well as sterile neutrinos or non-zero spatial curvature as possible explanations. Willing to potentially upend Einstein’s general theory of relativity, if necessary, the team also examined the possibility that “modifications of gravitational physics” may be required. The team employed simulated data along with blind analyses of real data to help validate its findings, aimed at determining whether our ideas about dark energy and the expanding universe could arise from a fundamental misunderstanding about the relationship between gravity and the cosmos.

“This potential misunderstanding might help scientists explain dark energy,” read a recent statement on the website of the Jet Propulsion Laboratory. Citing NASA scientists among its contributors, the statement added that the study, “one of the most precise tests yet of Albert Einstein’s theory of gravity at cosmic scales,” found that our accepted understanding of how gravity works remain intact.

Specifically, the Dark Energy Survey team had been searching for evidence that there could be variances in the strength of gravity either throughout the history of the cosmos or across great distances in our universe. Such a discovery would be a clear indication that Einstein’s theories were far from complete, thus accounting for the anomalous expansion of the universe.

Based on the results of the team’s analysis, the observations appear to still work very much in tandem with Einstein’s theory of gravity. However, while a relativistic interpretation of gravity is still the best model, this brings us no closer to explaining dark energy.

Scientists know that dark energy exists, even though we have yet to determine what it is made of, because of its own gravitational influence on space around it. While light does not interact with dark energy, it can become warped by the influence of gravity where there are large concentrations of it, resulting in distortions of light in imagery collected of distant galaxies—an effect otherwise known as weak gravitational lensing.

After measuring the shape and appearance of more than 100 million galaxies, the Dark Energy Survey team found that all their observations were complemented by Einstein’s predictions about gravity.

“The work helps set the stage for two upcoming space telescopes that will probe our understanding of gravity with even higher precision than the new study,” the JPL statement read, “and perhaps finally solve the mystery.”

In the years ahead, a pair of new missions—the European Space Agency’s Euclid mission, as well as the launch of NASA’s own Nancy Grace Roman Space Telescope—will both aim to further scour the universe for evidence of whether there are instances where gravity’s strength appears to vary. Although the recent study by the Dark Energy Survey team relied on data that peered close to five billion years into the past, Euclid and Nancy Grace Roman will look even farther back—as much as eight billion and eleven billion years, respectively.

While the recent study found that Einstein’s theory of gravity was able to meet the challenges of one of its greatest tests to date, that doesn’t mean that future discoveries couldn’t reveal areas where it still needs some work.

“There is still room to challenge Einstein’s theory of gravity,” according to Agnès Ferté, a postdoctoral researcher at JPL and one of the co-authors of the study. With the collection of more precise measurements in the future, Ferté believes that some aspects of Einstein’s theory may still require a bit of revision.

“So it’s essential we continue to collaborate with scientists around the world on this problem as we’ve done with the Dark Energy Survey,” Ferté adds.

A preprint version of the team’s 45-page paper, “Dark Energy Survey Year 3 Results: Constraints on extensions to ΛCDM with weak lensing and galaxy clustering,” can be read online here.