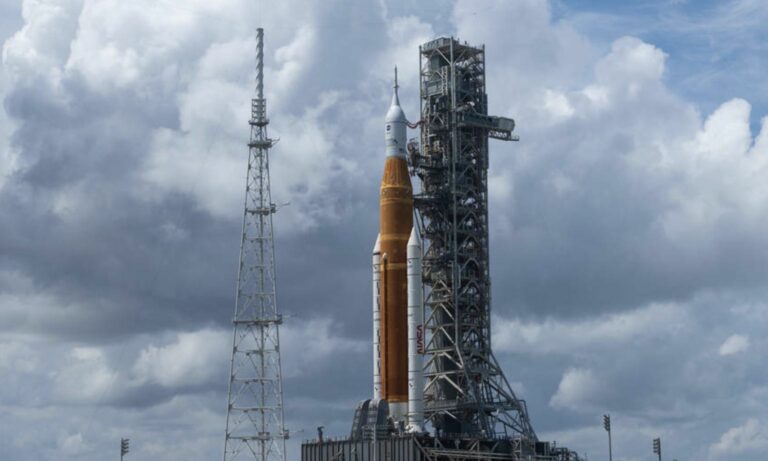 As Hydrogen Leak Sets Back Artemis I Launch, Here’s What’s Next for NASA’s Moon Mission

Mission managers have said that they are currently looking at possible launch windows in the weeks ahead, although timing is critical, presenting engineers with limited time to attempt to resolve the issue.

NASA Administrator Bill Nelson offered words of encouragement on Saturday following the announcement during an Artemis I Flight Test Update.

“While we don’t have the launch that we wanted today, I can tell you that these teams know exactly what they’re doing and I’m very proud of them,” Nelson said.

Jim Free, Associate Administrator with NASA’s Exploration Systems Mission Directorate, said that although the hydrogen leak has left the space agency behind schedule, it is best that its rocket remains safe while Artemis engineer teams determine the source of the problem.

“We wanted it safe in orbit,” Free said on Saturday. “It’s not there, it’s safe on the ground.”

“Launch period 25 is definitely off the table,” Free said. “We will not be launching in this launch period.”

“Launch period 26 and 27 will really depend on the options that the team comes back with,” Free added, saying that further details will likely be provided “on Monday or early Tuesday morning.”

“So essentially we have a hot rocket in terms of the performance,” Sarafin said.

However, as the Artemis team worked through a chill down prior to cryogenic loading, Sarafin said an “inadvertent pressurization of the hydrogen transfer line” that exceeded planned levels.

“What we do know is that we saw a large leak at the eight inch quick disconnect,” Sarafin said. “That leak started when we went from the slow fill to the fast fill.” However, Sarafin added that it is too early to tell exactly what the underlying cause of the leak could have been.

In the days ahead, Artemis team engineers will begin searching for ways to repair the leak, which may either occur within the Vehicle Assembly Building, or at the launch pad itself where testing under cryogenic conditions would be available.

“To meet the requirement by the Eastern Range for the certification on the flight termination system, currently set at 25 days, NASA will need to roll the rocket and spacecraft back to the VAB before the next launch attempt to reset the system’s batteries,” said Rachel Kraft, a NASA Senior Communications Specialist at the Artemis blog.

“The flight termination system is required on all rockets to protect public safety,” Kraft said.

Since Saturday’s launch was scrubbed, it has been learned that the fitting was identified as one that had also leaked during a previous launch attempt last Monday. However, concentrations had been significantly lower at the time of the initial leak the Artemis crew identified, which allowed for the rocket’s hydrogen tank to fill.

Early speculations that there had been a problem with proper chilling of the rocket’s engines have since been disproven, and have now been attributed to a faulty temperature sensor.

“That is standard operating procedure, and will continue to be.”