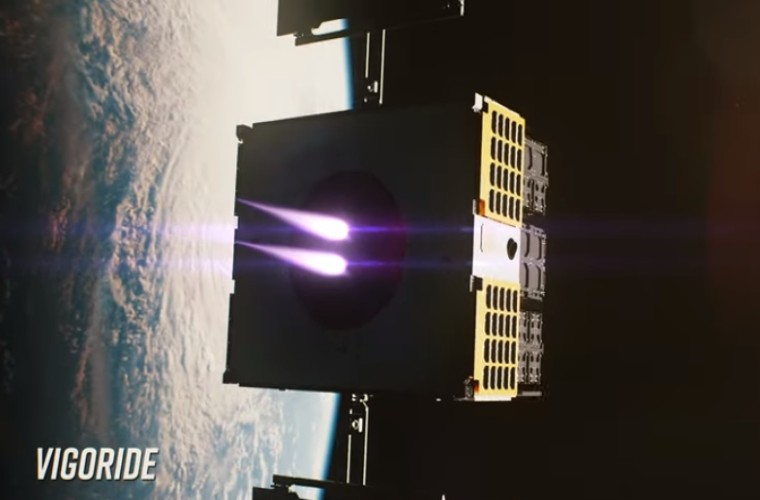 Rockets currently launch everything humans want to send into space. Some have proposed alternative launch systems, but as of 2022, rockets are still the only way to reach low earth orbit. Of course, once the cargo is in this microgravity environment, very little power is required to move it to its final destination. Still, engineers are always trying to find cheaper, safer, and more energy-efficient ways to accomplish this feat.

The Debrief has reported on some of these methods, including things like plasma fusion, electrically powered Ion thrusters, or even hall-effect thrusters. Now, California-based Momentus says their water plasma thruster is continuing to shine, with the latest successful test only the next step on their journey to space.

SUPERHEATED WATER PLASMA IS SAFER AND CHEAPER THAN CONVENTIONAL FUELS

“The TVAC campaign put our Vigoride vehicle to the test in conditions that closely simulate the space environment,” said Momentus Chief Technology Officer Rob Schwarz in a press release announcing the water plasma thruster’s milestone. “TVAC coupled with our testing of the avionics, propulsion, and software helps ensure that all Vigoride spacecraft systems are ready for operation in space.”

Company officials emphasize that this type of testing is critical since simulated space environments allow engineers to test components and find problems without the high costs of actually going to space.

“We test to learn, push, advance our technology, and find anything to address prior to launch,” said Schwarz. “The few test anomalies we experienced during TVAC, particularly for a development program, is a testament to the diligence of a talented team.”

While testing is critical for any system, distinctive thruster designs like Vigoride, which uses solar power to superheat water for thrust, offer unique challenges that can foil a mission once it is in space. Fortunately, the tests were a success.

“I’m very proud of the tremendous efforts put in by the entire team,” said Momentus Chairman and CEO John Rood. “We’re getting into a cadence that people with space experience will recognize and appreciate.”

“That activities like pre-launch testing and working through licensing processes are becoming the norm for us illustrates the company’s strides since going public last August,” said Rood.

According to the release, the next step for VIgoride is a series of vibration tests to make sure the drive and its components are ready for the rigors of space launch.

“Vibration testing is the final phase of the ground test campaign before the vehicle is shipped to the launch service provider for flight,” the release explains. “As previously disclosed, Momentus is targeting its first Vigoride mission in June 2022 aboard a SpaceX Falcon 9 vehicle, pending receipt of appropriate government licensing.”