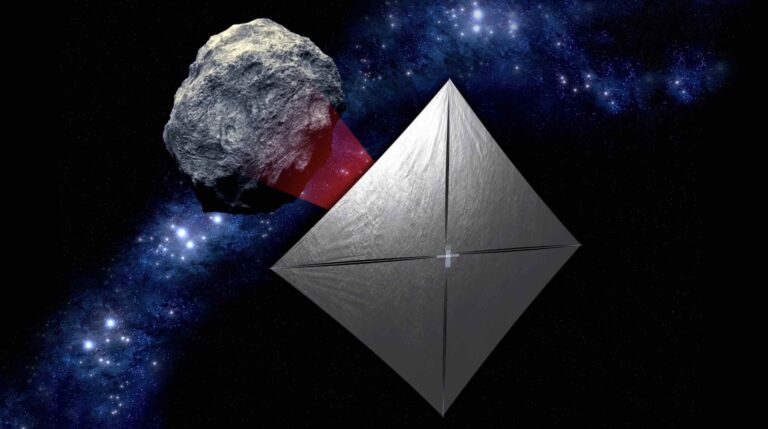 Would We Notice Interstellar CubeSats in Our Cosmic Neighborhood?

Suppose that humanity decided to populate the volume near the Earth’s orbit around the Sun, the so-called habitable zone, with a million CubeSats, each the size of a Rubik’s cube. How much would it cost? With the typical cost of a hundred thousand dollars per CubeSat, we can launch a million of them by using 5% of the annual military budget worldwide, which totals about two trillion dollars.

In other words, if humanity decided to shift priorities from 2D politics to 3D space exploration, we could have produced a million probes per habitable zone of twenty stars every year. Twenty thousand stars in a millennium. All the stars in the Milky Way galaxy in less than a billion years. And less than a billion years is also the travel time throughout the entire Milky Way disk with conventional chemical propulsion that had been used so far for all space missions.

But to be fair, this is a pessimistic estimate. The cost would be reduced by orders of magnitude thanks to economy of scale, given the huge number of manufactured CubeSats. Either way, the bottom line is simple. A single civilization can send a million probes to each habitable region around all Milky Way stars within one billion years, using technologies that are known to work. But there is one non-trivial hurdle: the civilization must give up on internal military conflicts and focus on a positive outlook towards interstellar space. Easily said than done for humanity!

Deep observations of the Universe reveal that most stars formed before a redshift z=1, eight billion years ago. The Sun formed 4.6 billion years ago. If the numerous habitable regions with the Milky Way gave birth to a single peace-seeking, space-exploring technological civilization more than a billion years ago, then we might find a million of their CubeSats within the orbit of the Earth around the Sun.

Would we notice these interstellar CubeSats?

Existing survey telescopes like PanSTARRS in Hawaii can only detect the reflection of sunlight from objects bigger than a football field, a thousand times larger than a CubeSat, within the Earth-Sun separation. `Oumuamua was an example. But even the state-of-the-art LSST on the Vera Rubin Observatory which will start operations in a year, will not be sensitive enough to detect CubeSats within the habitable volume around the Sun. Is there another way?

As the Earth moves around the Sun it acts as a fishing net, colliding with objects that cross its path. A simple calculation shows that for a random population of million CubeSats within the habitable region around the Sun, a collision will occur once per decade. Any such collision will create a bright fireball similar to the explosion of a tactical nuclear weapon, and could be registered as a meteor by US Government sensors. If the CubeSats arrive to our vicinity from interstellar space, they will be identified as interstellar meteors.

Over the past few years, I discovered with my student, Amir Siraj, two interstellar meteors in the CNEOS fireball catalog reported by US Government sensors. They were detected on January 8, 2014 (IM1) and March 9, 2017 (IM2) and represent the first interstellar objects ever detected from outside the Solar system. The distant interstellar object  `Oumuamua was discovered in October 2017.  We concluded that the inferred detection rate of meter-scale interstellar meteors is roughly once per decade. Remarkably, both interstellar meteors disintegrated in the lower atmosphere where the stress exerted on their surface by the air’s ram pressure was larger than the yield strength of iron. The chance of drawing the high material strength of IM1 and IM2 out of the familiar population of space rocks in the solar system is less than one part in ten thousand.

Could IM1 and IM2 represent a hypothetical population of CubeSats from a peaceful, space-exploring technological civilization? The Galileo Project research team plans to find out the answer in expeditions to the landing sites of IM1 and IM2 in the coming year. If we are able to recover fragments from the two meteors, we could determine whether the material that made them is artificial in origin.

But we must keep in mind that humanity could develop faster moving CubeSats in the future. For example, the Starshot Initiative whose board I chair, aims to use light sails propelled by a powerful laser to bring payloads to speeds far greater than chemical rockets are able to achieve, potentially up to a fraction of the speed of light.


The calendar says it’s not too late for Unidentified Aerial Phenomena to still be an issue in the U.S. midterm elections.

In another paper that I wrote with Amir, we calculated how a meteor moving at a fraction of the speed of light, like a Starshot probe, would appear in the sky. Our calculations implied that a global network of several hundred all-sky optical cameras with a time resolution better than a hundred microseconds would be capable of detecting sub-relativistic meteors larger than a millimeter.

Altogether, there is a path forward to discovering small probes that were sent from afar into our cosmic backyard. Here’s hoping that if we find an interstellar CubeSat, it will change our priorities from funding military conflicts to space exploration. The sooner the better. With all resources at my disposal, I am doing my best so that it will happen in my lifetime.