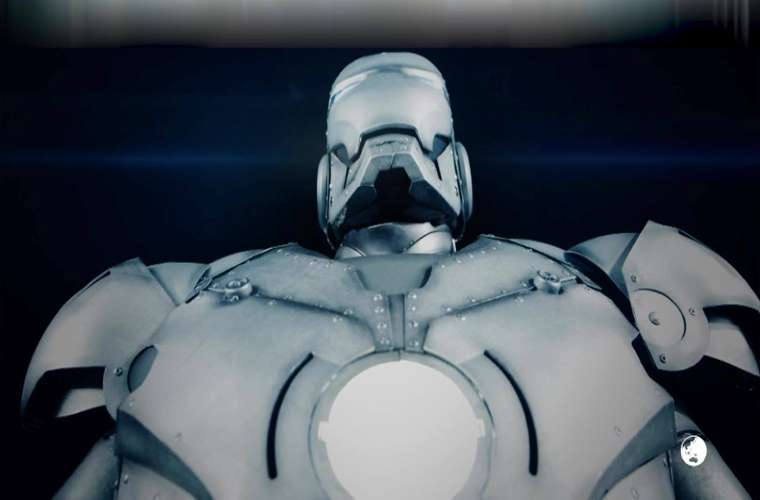 When we previously examined DARPA’s efforts to advance the science of Jetpacks for use as “Portable Personal Air Mobility Systems” for the American military, we closed out our analysis with a whimsical question. Sure, Jetpacks are cool and all, but how much better would it be if they could include some sort of futuristic skin for the troops that would protect them in battle and perhaps even make them invisible? Well, hang on to your hats. At least one-half of that request may have been granted far faster than we could have predicted.

You may know Adam Savage as a special effects designer, an author, and the host of the television shows Mythbusters and Unchained Reaction. He should add “inventor” to his resume because he may have taken the field of jetpack design and innovation to the next level. He recently revealed that he had developed a functional “Iron Man” suit created out of titanium using 3D printing technology. Savage has tested the suit (which can be customized to the user’s individual body contours) to see how well it would stand up in battle. It’s bulletproof against rounds up to .45 caliber. Beyond that, it withstood the blast from a stick of C4 detonated only one meter away. (The Debrief offers no assurances of how well you would do during that test, but we are assured that the suit should be fine.)

But it wouldn’t be much of a military jetpack unless the user can fly in it, right? Fear not. Partnering with Gravity Industries, the same company working with the British Royal Navy to put their troops in the skies, Savage has made use of their jetpack technology to put the Iron Man suit into the air. Using three micro jet engines powered by common jet fuel (one on the pilot’s back and one on each arm), the flying suit can allegedly reach speeds of up to 80 miles per hour and reach an altitude of 12,000 feet. (Warning: Flying at that height is not advisable.)

In case you’re thinking of trying out some Tony Stark-style action for yourself, one serious drawback may be how fat your wallet is. The suit will run you $325,000, and the Gravity Industries flying system will add another $450,000. Of course, if you have Tony Stark money in real life, that probably won’t be an issue.

But let’s say that you can afford these sorts of toys, but you just don’t see yourself as a jetpack type of person. Perhaps something even more futuristic would be up your alley. What would you say to a flying motorcycle? Don’t laugh because they are already in pre-production from Jetpack Aviation (JPA), one of the chief competitors of Gravity Industries.

Called “The Speeder,” JPA is making a recreational model of this flying cycle, capable of leaving the jetpack in the dust with a maximum speed of 150 miles per hour up to an altitude of 15,000 feet. It’s a vertical takeoff and landing craft that can be launched from almost anywhere and supposedly will require very little training to operate. The catch is that you’ll want to preorder right now. They are only making 20 of these machines for sale to the public. The rest will all be going to military and governmental customers. You probably don’t even want to know what they will cost, and you’ll need to satisfy the FAA’s requirements to participate in experimental aircraft testing, but JPA claims they will train you for that.

There you have it. If you’re not satisfied with simply keeping your eyes on the skies with your cellphone handy to film any UAP that wander into your neighborhood, perhaps you can take off and chase them down yourself. Good luck!

Pegasus Spyware Reportedly Being Used To Spy on Thousands, Including Journalists and Human Rights Activists