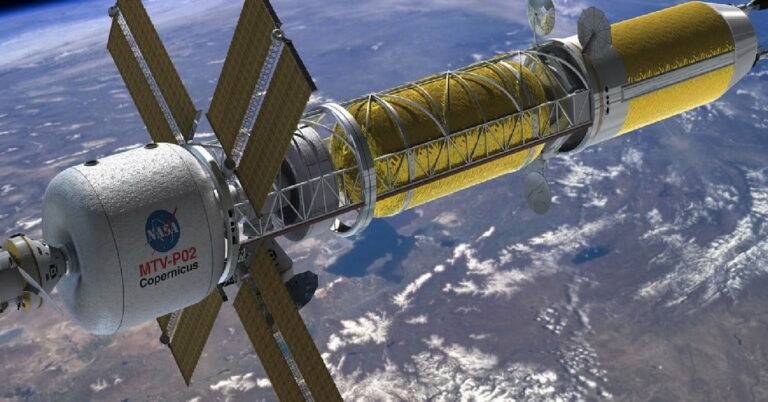 For decades, rockets launched into space required traditional chemical propellants to escape Earth’s gravity. Breakthroughs like Ionic propulsion and Solar Sails have shown promise but are far from ready to propel people to the Moon and Mars. With upcoming missions like Artemis, even more cutting-edge propulsion systems will become increasingly crucial to meet our space-fairing goals.

Ideas like nuclear propulsion, which is controversial all by itself, and electromagnetic plasma thrusters that use a long-known property of physics known as the “Hall Effect” have thus far been confined to minimal use. Still, both types of systems offer many of the benefits needed to move these projects forward. Now, following a pair of December 2020 announcements, first by The White House and then by a private space company called Magdrive, such advances in power and propulsion may finally be moving closer to reality.

ANALYSIS: A Pair of New Space Propulsion Methods To Get Us “Out There.”

“Space nuclear systems power our spacecraft for missions where alternative power sources are inadequate, such as environments that are too dark for solar power or too far away to carry sufficient quantities of chemical fuels. Space nuclear systems include radioisotope power systems (RPSs) and nuclear reactors used for power, heating, and/or propulsion.”

This set of benefits was echoed by NASA administrator Jim Bridenstine, who reacted to the announcement by saying, “SPD-6 bolsters the agency’s efforts to develop affordable, safe, and reliable nuclear systems, including technology capable of continuously powering operations on other worlds and propelling future human missions to Mars. [As such] NASA strongly supports the White House’s continued leadership on the agency’s Artemis program, which includes landing the first woman and next man on the Moon in 2024.”

The next day in a separate announcement, U.K. space start-up Magdrive said it had closed its seed round funding of £1.4 million. Led by Founders Fund, an early investor in SpaceX, this investment will allow the company to develop a technology they are labeling a “generational leap” ahead of existing electrical thrusters.

Using electricity generated by solar panels or even nuclear systems to create plasma-based propulsion, such a breakthrough technology is particularly appealing for operation in space. In Low Earth Orbit, more rudimentary versions of this same system are currently used. The real trick is developing this technology for deep space missions where electrical energy to generate thrust eliminates the need for carrying extra on-board chemical propellants.

As explained by Andrew J Scott, founding partner of 7percent Ventures, one of the other financial partners backing the ambitious project, “At 7percent we seek founding teams with ‘moonshot’ ambitions. With Magdrive this is not just a metaphor: their revolutionary plasma thruster will soon be powering satellites, but in the future could take us to deep space.”

Both projects represent significant breakthroughs over traditional chemical-based power and propulsion, offering a wide range of benefits for future missions.

For NASA, the SPD-6 mandate to design and build a working, in-space nuclear-powered drive comes with a host of engineering, legal and ethical concerns, especially since using nuclear power in space still has so many apparent risks.

With the Magdrive thruster project, the company faces a somewhat different set of hurdles. Although mainly because of its small size and ambitious goals, the challenges of inventing new technologies are not insignificant.

Nonetheless, if long term space projects like Artemis and others continue to plot a course deeper and deeper into the reaches of space, the development of breakthrough power and propulsion systems will not only continue to move ahead at a rapid pace but represent the type of science and engineering that will one day get us there.