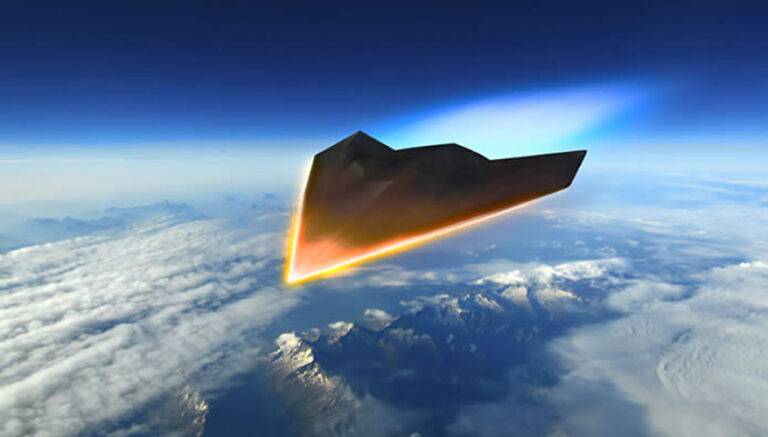 The global race for hypersonic flight continues to heat up. Presently, the United States, Russia, China, Australia, India, France, and Germany are all actively developing technologies to allow for flight at over five times the speed of sound.

But engineering a vehicle capable of routine travel at nearly 4,000 miles per hour is only a part of the problem—designing an exterior that can survive these extreme speeds is another. Surface temperatures of an aircraft moving at hypersonic speeds can reach as high as 5,000 degrees Fahrenheit (2,760 degrees Celsius). Temperatures this extreme are enough to destroy almost any material presently used for flight.

To meet this challenge, Battelle Memorial Institute announced last month they would be partnering with the U.S. Air Force Research Laboratory to support the manufacture of new materials capable of withstanding these extreme temperatures in flight.

In September, Battelle Memorial Institute was awarded a potential seven-year, $46.3 million contract by the Department of Defense to “support the manufacture of thermal protection materials that can withstand extreme hypersonic environments.”

In a press release, Battelle notes, “The urgency to meet and exceed near-peer capabilities in hypersonic weapons systems has elevated the importance of solving the daunting scientific and engineering challenges that have made reliable flight at hypersonic (Mach 5+) speeds elusive.”

Interest in achieving hypersonic flight goes back decades. In 1967, a joint project by the U.S. Air Force and NASA, the North American X-15, reached a top speed of Mach 6.7 at an altitude of 102,100 feet. To date, the X-15 holds the world record for being the fastest crewed flight. After a series of problems, however, including the death of USAF pilot Michael J. Adams during a test flight, the X-15 program was canceled in December 1968.

In recent years, China and Russia have made the development of Mach 5+ weapons a top priority. A Congressional Research Service report on hypersonic weapons published on December 1 notes that both nations are currently believed to have operational hypersonic weapons.

In 2018, former Under Secretary of Defense for Research and Engineering Michael Griffin testified to Congress that the United States does not “have systems which can hold [China and Russia] at risk in a corresponding manner, and we don’t have defenses against [their] systems.”

The Pentagon has rapidly moved to make hypersonic weapons a priority in response to concerns over Russia’s and China’s extreme speed capabilities. In the Pentagon’s budget for fiscal year 2021, requests related to hypersonic research total $3.2 billion—up from $2.6 billion in the previous fiscal year. Of that funding, at least $206.8 million is earmarked for hypersonic defense programs.

The Department of Defense already has six different acknowledged hypersonic programs in various stages of development.

The Debrief reached out to Battelle for comment; however, media spokesperson Katy Delaney said, “experts are contractually restricted from speaking about this topic.”

While scientists can’t discuss their current work, some recent breakthroughs in materials science could indicate how Battelle intends to solve some of the structural problems associated with hypersonic speed.

Russian Command Losses Are Staggering: THE LATEST ON THE INVASION OF UKRAINE

A few years ago, researchers at the University of Manchester in the U.K. and China’s Central South University announced they had created a new kind of ceramic coating using zirconium carbide (ZrC). Known as a refractory ceramic due to its extreme heat resistance, ZrC is commonly used in the commercial manufacture of tool bits and cutting tools for this reason, as well as for its extreme strength and hardness.

Researchers used a process called reactive melt infiltration to speed up the fabrication process and further reinforced the material with a carbon-carbon composite. Carbon fiber-reinforced carbon composites are were used for the nose cone and the Space Shuttle orbiter’s leading edges. Carbon-carbon has also been the standard material used for brake discs and brake pads on Formula One race cars for over 40 years.

According to researchers, the zirconium carbide-infused ceramic coating they created can effectively mitigate structural problems that are caused by oxidation and ablation during hypersonic flight. As a result, the breakthrough material is said to be twelve times more effective at dissipating heat than other currently available materials.

Jordan Kenny, a spokesperson for the University of Manchester, said the new coating “could revolutionize hypersonic travel for air, space and defense purposes.”

Whether scientists at Battelle will be planning to use ZrC composites in their work or have something else more exotic up their sleeve remains to be seen. Brent Carey, a senior research scientist leading the program, said, “At the end of the day, our goal is to improve performance and shorten the time of production to increase the availability of these critical materials.”

According to the Department of Defense, Battelle is expected to complete work on the contract by September 25, 2027.