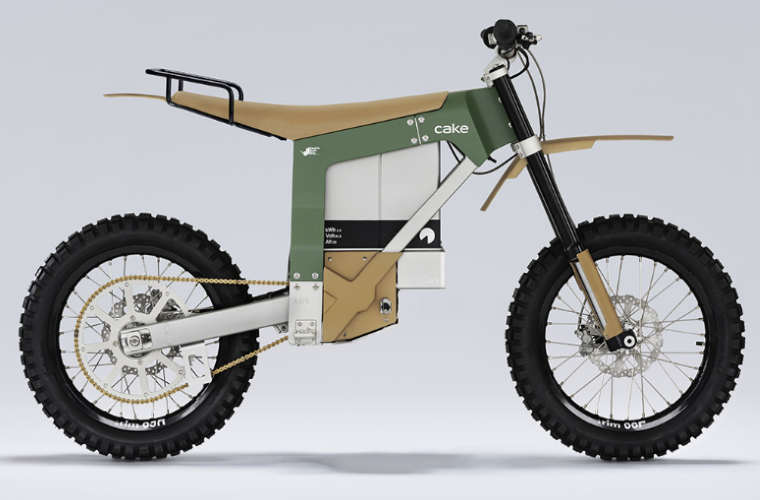 Buy This eBike, and You Might Save an Elephant

Swedish eBike designer CAKE has pledged to fight animal poaching in Africa by donating one of their specially designed Kalk AP eBikes for each one purchased. Able to run virtually silently and on solar power, the revolutionary yet straightforward vehicle could change the tide in favor of anti-poaching efforts.

Poaching is a real problem faced by nations across the globe. Numerous species are threatened with extinction in Africa, much like the Northern White Rhinoceros, which finally went extinct in 2018 due to excessive poaching. Conservationists and authorities work tirelessly to interrupt poachers’ illegal activities, but limited resources and the vast, remote terrain they patrol can hinder these efforts.

Conventional motorcycles that run on internal combustion engines have helped, but they can also alert poachers to the presence of conservationists and enforcement officers as much as 45 minutes before arrival, allowing them ample time to flee. Those same vehicles also require the import of fossil fuels, squeezing limited budgets and resources even further.

Now, the folks at CAKE are offering those who fight these crimes a new tool, as well as an opportunity for armchair animal rights activists to put their money where their mouth is.

“Poaching has devastating consequences for all wildlife all over Africa,” explains the website electricbushbikes.com, which was set up by CAKE to support the Electric Bush Bike Anti-Poaching Act. “In some instances, it is the primary reason why a species faces the risk of extinction.”

The website also notes that the patrol area is remote and without roads, making patrolling by car virtually impossible. Recently, anti-poaching teams have turned to off-road motorcycles, and according to the website, “it has proven to be highly successful.” Unfortunately, as previously noted, the noise made by these motorbikes and the fuel needed to keep them running has severely limited their use.

To help bridge this resource gap, Swedish firm CAKE worked with anti-poachers in Africa to develop the Kalk AP. Based on their Kalk eBike, which has been in service since 2018, the Kalk AP (which stands for anti-poaching) was designed in concert with the South African Wildlife College to meet the needs of anti-poachers specifically.

“We are very proud to be partnering with Cake to test these electric off-road bikes given the impact that this could have on countering poaching across Africa,” said Theresa Sowry, CEO, Southern African Wildlife College, when the collaboration was first announced last year.

“With CAKEs electric off-road motorcycles, the level of efficiency in catching poachers will skyrocket due to the ability to quietly approach the poachers,” the project’s website explains. “And, to further increase the overall obligation toward sustainability and environmental responsibility, the specially tuned bush bikes will be charged by solar power.”

In practical terms, this means that CAKE will equip each bike with storable and foldable solar panels. According to the project site, these portable panels “will enable these bikes to operate in the African bush—independent from the electric power grid—on an endless, self-sufficient mission to protect wildlife.”

“It is somewhat unreal how the sun and solar power, together with the technology of these silent off-road motorbikes can serve as something of a perpetual machine that works toward the general obligation of sustainability and, in this specific instance, to serve the purpose of saving species from extinction,” said CAKE CEO Stefan Ytterborn.

To get the Kalk AP eBike into the hands of anti-poacher as soon as possible, CAKE created a charity bundle to purchase the bikes. In essence, every time a bike is sold, Cake donates one.

“To continue to promote and build the fleet of motorbikes and solar power stations in Africa, the initial offer is a charity combo,” reads a January 2021 video description on the company’s YouTube channel. “A limited edition of 50 bikes will be offered the first year.”

The program has only been in operation since September of 2021 when CAKE delivered the first Kalk AP eBikes. But a recently released summary of those first months shows promising results.

The Phase 1 summary also notes the following highlights of the nascent program:

Time will tell if the new approach is sustainable on a larger scale, but the program seems incredibly promising given these first results.

“Supporting anti-poaching is an amazing example of where our bikes are making a real difference to urgent challenges in our society,” said Stefan Ytterborn, founder and CEO of Cake.