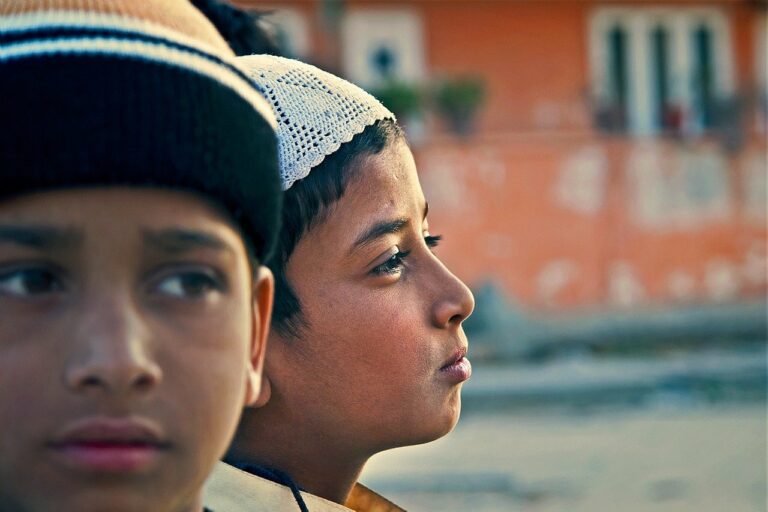 The government of Uttar Pradesh, India’s most populous state, has proposed legislation to implement a two-child policy and voluntary sterilization program.

Under the proposals unveiled in early July, couples with more than two children would be barred from receiving government benefits or subsidies and be prohibited from applying to state jobs.

According to the proposed bill, because of the state’s “limited ecological and economic resources at hand, it is necessary and urgent that the provision of the basic necessities of human life are accessible to all citizens.”

However, when we take a step back, the data indicates that this policy may be unnecessary, coercive, and forces us to deal with a big philosophical question concerning our future; are we going to have a sterile future?

Yogi Adityanath, the chief minister of Uttar Pradesh, said, “The new population policy is not only concerned with stabilising population growth, but also providing a path to prosperity for every citizen.”

The government hopes to provide incentives for voluntary sterilization, even including one-time cash payments for couples living below the poverty line. These couples will receive INR 80,000 ($1,066) if the single child is a boy and INR 100,000 ($1,333) if it’s a girl.

Uttar Pradesh is not the only Indian state to have recently proposed a two-child policy. At least seven other states have announced similar plans. Last month, the northeastern state of Assam unveiled a similar policy.

The proposal in Assam is partly to curb the population growth of the state’s Bengali-speaking Muslims, according to Assam’s Chief Minister Himanta Biswa Sarma. While the government of Uttar Pradesh has yet to invoke the state’s Muslim population—which makes up 19% of its total population—as the focus of the proposed bill, critics of the bill have highlighted how it is Islamophobic and discriminatory.

The push for population control is often built upon false claims that Muslims are overpopulating India. Islam was the country’s fastest-growing religion in the first decade of the 21st century. This data, however, is misleading.

Analysis: The effects of voluntary sterilization

The two-child policy that Uttar Pradesh seeks to pass is regularly compared to the population control policies effective in China since 1979, and for good reason, India is expected to overtake China as the world’s most populous country by 2027.

To some, China’s one-child policy is a cautionary tale about the inefficiency of such coercive policies. In an interview with Vice World News, Poonam Muttreja, the executive director of the nonprofit Population Foundation of India, said, “Population control measures can lead to a spike in sex-selective practices and unsafe abortions given the strong son-preference in India, as it has been witnessed in a few states in the past.”

Such policies can harm girls and women and often lead to shortages of young people. To balance the scale, so to speak, these population control policies can actually tip it over to the other extreme.

“Today, China faces a crisis of shortage of young, working people, which will have a deep influence on its economy,” said Muttreja.

China scrapped its one-child policy in 2016 in favour of a two-child policy to increase the national birth rate. When the two-child limit failed at increasing the population, it was overturned in May 2021 for a three-child policy.

The hassle of these population control policies in China illustrates some fundamental flaws with such measures: they breed loopholes and often backfire.

Despite the one-child policy that was upheld for decades in China, the fertility rate in mainland China was closer to two children per family. Han Chinese farmers were often allowed two children, especially if the first was a daughter, while wealthier urban dwellers would pay fines to bear an extra child.

Those who weren’t allowed another child or couldn’t afford to often endured forced abortions or bore children who could not be registered in the national household system and thus, did not exist legally.

China is still grappling with an aging population and shrinking workforce as its fertility rate continues to decline. If the number of births keeps dwindling, China’s fertility rate may become the lowest in the world, according to Liang Jianzhang, an economics professor at Peking University.

According to the United Nations Population Division, the replacement-level fertility rate—the rate with which each generation will exactly replace itself—is 2.1 children per woman. Uttar Pradesh is already on track to achieving this rate.

In an interview with Al Jazeera, Muttreja said,  “The Technical Group on Population Projections for the Period of 2011-2036, constituted by the National Commission on Population under the ministry of health and family welfare in July 2020 projected that Uttar Pradesh would achieve the replacement level of TFR by 2025, without a need for coercive policies.”

If that is the case, then what are these population control measures really for?

India’s overpopulation problem has been a cornerstone of many politician’s agendas for decades, from Prime Minister Indira Gandhi’s focus on male vasectomies in the 1970s to current Prime Minister Narendra Modi calling small families more “patriotic.”

Should the population bill pass in Uttar Pradesh, half of the legislators belonging to the governing right-wing party, the Bharatiya Janata Party, would not be eligible to contest the assembly elections. The bill would not benefit those members of the state’s own ruling party.

SY Quraishi, the former chief election commissioner of India and author of The Population Myth: Islam, Family Planning and Politics in India, suspects that these policies benefit a select few.

In a column for the Indian Express newspaper, he writes, “In both cases, keeping the cauldron boiling for communal polarisation is the probable answer, and probable electoral gains for Yogi Adityanath in the impending election.”

But politics aside, India’s push for population control follows another trend. There is no population explosion in India; it’s actually quite the opposite. The country is on a downward trajectory, and such coercive policies will only push it over the edge.

Let’s return to China briefly. Should its fertility rate continue to plummet, it will join the ranks of South Korea, Japan, the U.S., and the EU as countries with the lowest fertility rates and declining populations.

Are we facing a sterile future?