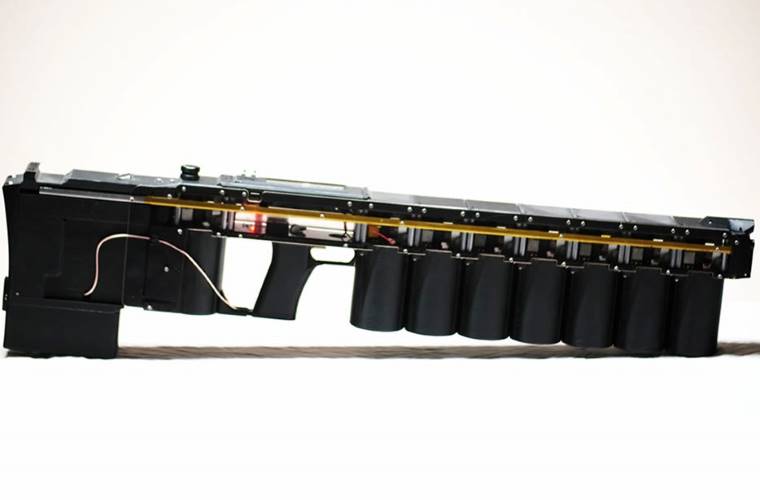 The world’s first commercially available handheld railgun is now available for preorder. And according to the company selling the first of its kind portable electric cannon, the muzzle velocity and projectile power is comparable to many 22 caliber rifles.

In June, The Debrief covered how the U.S. Navy has spent billions developing, testing, and ultimately abandoning ship mounted rail guns due to a wide array of technical challenges. That’s mostly because such weapons are usually bulky and suffer from heat management issues.

The Debrief also recently wrote about a railgun built by the Nazi’s during World War II, noting how that early design was also an “epic hassle.”

Given the history of technical challenges, the idea of building a handheld version of this type of weapon seems more likely something found in science fiction rather than real science. Until now.

How powerful, one may ask?

“The GR-1 is capable of accelerating any ferromagnetic projectile (under 1/2″ in diameter) to 200+ fps, and can deliver up to 75 ft-lbs of muzzle energy,” the site claims. According to a post on The Brighter Side, this projectile power is “similar to the muzzle energy of some .22 rifles.”

OUTLOOK: BUY AND OPERATE AT YOUR OWN RISK

The Debrief is in no way promoting purchasing or use of the new railgun, and the website selling the space age looking weapon notes that there is a six month order fulfilment time, allowing impulse buyers a chance to change their mind before the thing shows up at their door. However, as noted by the company behind the new electrically powered rifle, non-lethal options for law enforcement, security forces or even military forces are legitimate markets for the company to explore.

Of course, anyone looking to send a Christmas gift to The Debrief as thanks for all of the awesome articles and videos this past year, one of these bad boys would look really cool in Lt. Tim’s stocking. Just sayin’.