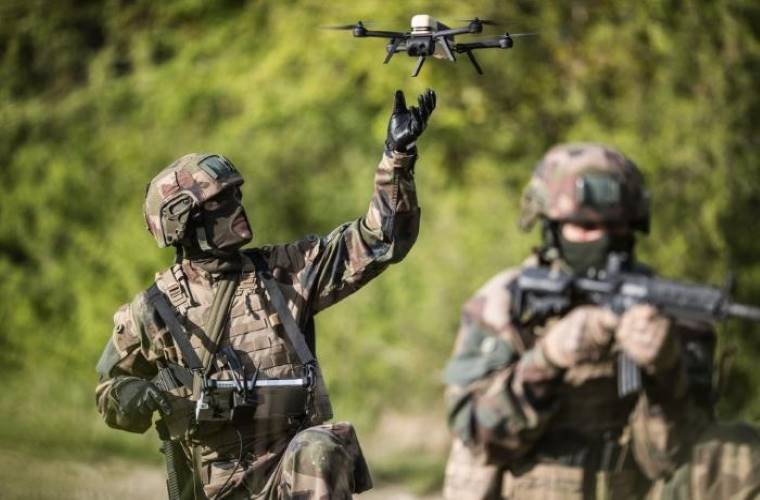 To better prepare for emerging threats in the future, the French Defense Innovation Agency, Direction Générale de l’Armement (DGA), has partnered with ten creatives from the world of art and science fiction to continue envisioning what threats to national security may look like in the future.

BACKGROUND: The Role of “Fictional Intelligence.”

In 2018, the French Armed Forces Minister Florence Parly appointed Emmanuel Chiva as director of a newly formed agency for defense innovation. Chiva’s specialties were in artificial intelligence and training simulation, which seemed to fit this project perfectly with 20 years of experience in those respective fields. In 2019, the agency formed a “Red Team” group, comprised of science fiction writers and authors, which focused on imagining threats of future piracy that included entire empires of pirate nations and rogue ships out at sea in the stimulation. In 2021, the agency plans a new futuristic scenario, the topic of which remains classified.

“We don’t want to expose our vulnerabilities or give ideas to our opponents,” Chiva said to the International Institute for Strategic Studies.

How the stimulation works is artists and creatives draft how they think society will look in the future and plot scenarios where adversaries could pose threats. They then pair those scenarios with technologies to better help military and state leaders stay on top of those threats. The goal, according to defensenews.com, is to “scare” decision-makers into facing the realities of potential future threats.

Will the results ever be made public, or will they be held close to the chest due to national security concerns? Even though the contents of the 2021 study are being kept under wraps by the French Defense Innovation Agency, we could only imagine if they are grounding the simulations in semi-reality or truly embracing the imaginations of the science fiction authors they are employing.

Are these simulations beneficial for the long run, or just expensive R & D roleplaying? While militaries have used active simulations in the past, using science fiction to project 40 years plus in the future may elevate the way defense agencies approach training.

“Simulations are highly valuable tools,” G. Michael Hopf, a former U.S. Marine squad leader turned book publisher and apocalyptic author, told The Debrief. “The use of scenario-based training is not new, but taking fictional scenarios and playing them out is a great way to see how current capabilities and technology can fare.”

OUTLOOK: Anything Can Happen, So You Might As Well Be Ready

If the results are made public, it will be fascinating to see how the simulations end. How is a world 40 years in the future where pirate empires are scourges of the sea adapting to increased risk of crime and plunder? How would industries, world governments, and social interactions differ depending on emerging threats in the future like advanced weaponry, robots, hostile civilizations invading, bio-terrorism, and rogue pirate ships?

The U.S. military has used video games and similar tech for combat training, so France’s future threat innovation initiative could quickly spread to other nations. Fictional intelligence and artificial intelligence go hand-in-hand, and if it better prepares countries for scenarios straight out of science fiction, let the gaming begin.