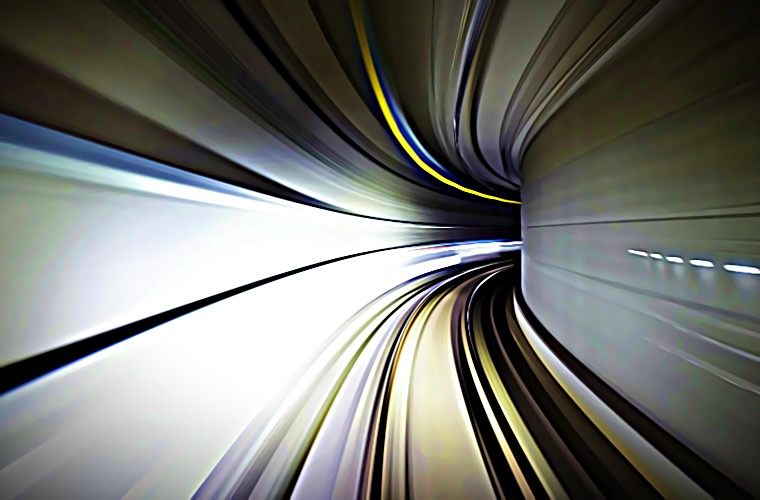 Getting Around Conflicts with FTL Travel in Science Fiction


A Guest Post by author R. S. Penney and his ideas surrounding Warp and Interstellar Communication

Faster than light travel: if you want to write a space-opera, it’s pretty much a necessity. That’s why it’s such a bummer that much of our current understanding of physics says that warp drive is probably impossible. But this is a novel! It exists because I want to tell a story about space. And that means the physics is 100% wrong, and that’s okay.

The rules that govern the warp drive in the Justice Keepers Saga exist solely for the benefit of the plot. If you want to write a story about space empires clashing, they need to be able to reach each other in a reasonable amount of time. However, there are certain logistical quirks that come with FTL travel, and I chose rules that are designed to minimize those quirks.

For one thing, you can’t crash your ship into a planet at warp speed. I wanted to make sure that was off the table. But what would the in-universe reason for that be? Well, warp drive involves manipulating space-time.

According to General Relativity, massive stellar bodies like planets and stars bend the fabric of space-time, and this is what causes gravity. So, one rule within the Justice Keepers Saga is that space-time becomes more rigid the closer you get to a major source of gravity. Because the planet has already bent the space-time into a specific shape, and your warp drive has to work harder to change that shape. This means that if you fly your ship directly toward a planet, you will inevitably drop out of warp before you crash into it.

Also, you can’t do the infamous Holdo Maneuver from Star Wars. Your warp field would simply push the other ship out of the way (and probably turn them around as well)

This also solves the problem of speed inconsistency. Just how fast does the USS Enterprise go?

Star Trek sometimes insists that ships have to travel at sub-light speeds inside a solar system, but this creates the opposite problem. If you were to travel at one fourth the Speed of Light, it would take twenty-two hours just to reach Pluto. And you still have a lot of solar system to traverse before you reach interstellar space.

This is to say nothing of the relativistic effects you would experience while traveling at such a high fraction of the Speed of Light. Or the amount of conventional fuel you would need to expend to reach such speeds and then decelerate when you arrive at your destination.

A warp drive preserves your speed relative to everything else. Your ship is not moving at the Speed of Light. The space around you is what moves. No need to accelerate or decelerate beyond the minor course charges you would make to assume a standard orbit above your destination.

So, what we need is a system where ships travel at sub-light speeds while in orbit of a planet, at low warp within the solar system and at high warp outside the solar system. My rule about the flexibility of space-time solves this problem seamlessly.

As you get closer to the sun and the inner planets, space-time becomes more rigid and limits your effective velocity to two or three times the Speed of Light. When you travel away from the sun, space-time becomes more supple, allowing for an exponential increase in speed. By the time you reach interstellar space, your ship is traveling at thirty thousand times the Speed of Light.

For this reason, it’s best to plot a course that avoids the gas giants as they too will slow you down. In fact, most ships approach Earth (or Leyria or any of the other major planets in my books) on a vector perpendicular to the plane of the solar system. Because space is not, in fact, two-dimensional.

In the Justice Keepers Saga, FTL communication is achieved through devices called SlipGates. The Gates create a microscopic wormhole through an alternate dimension called SlipSpace. They send a signal through that wormhole, using a central hub at the Galactic Core to track the position of other Gates in the network.

This is the only reliable method of FTL communication, which means that there are no long-range sensors. If your ship has a very powerful telescope – something even better than the Hubble Space Telescope – you can point it at a planet two hundred lightyears away, and you will see what was happening on that planet two hundred years ago. You have no way of knowing what is happening in a solar system until the moment you arrive.

Lunar Ranging: Detecting the Memory Effect from a Black Hole Merger at the Galactic Center

In my books, ships at warp create a “ripple” in SlipSpace that announces their presence long before they reach their destination. A planet or space station will know that an enemy fleet is on the way half an hour before it arrives. Sometimes more. Ships at sub-light speeds, however, are virtually undetectable over long distances. If you choose to attack another planet, you won’t know what defenses they have waiting for you until the moment you drop out of warp.

The only way around this is to place intelligence operatives on a target world before you launch your attack. If all goes well, they will send you reports through the SlipGate Network, telling you what to expect. (Hint: when you read my books, you will see this happens a lot)

As the name implies, the SlipGates do serve as a mass transit system. However, their range is limited to about five lightseconds. If you want to travel from Beijing to New York by SlipGate, the whole trip will take about ten seconds, but you can’t use them to hop from one world to another.

Also, a SlipGate can only send you to another Gate in the network. No beaming into a bank vault or the president’s office. I didn’t want to deal with the logistics of “Why don’t the bad guys just beam into our hero’s room and kill her in her sleep?” They can’t.

Travelers are not deconstructed molecule by molecule, nor are they converted to energy. Here at the Justice Keepers Saga, we respect the Heisenberg Uncertainty Principle. Those who travel by SlipGate simply ride inside the bubble of normal space-time that is translated through SlipSpace. The experience is described as flying through an endless, dark tunnel with a distant light that never comes any closer.

Gates can be locked, which prevents them from receiving incoming travelers.

So, those are the FTL technologies in the Justice Keepers Saga. If I’ve piqued your interest, you can check out the first book here or visit my author page for more sci-fi and fantasy.