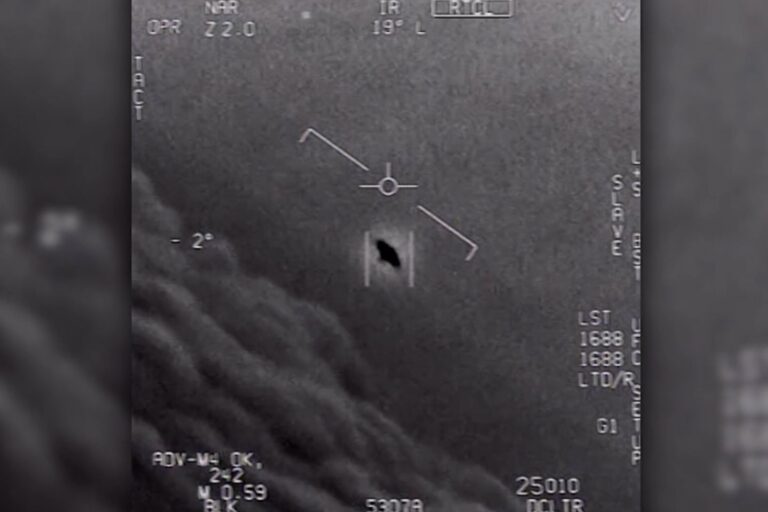 Government UFO Data Should be Studied by Scientists, This Astronomer Says

Last month, a nine-page preliminary report on the government’s current efforts toward studying unidentified aerial phenomena, more commonly known as UFOs, was delivered to the Office of the Director of National Intelligence. The document, which gives few specific details about the nature of the phenomena being studied by our military, still leaves much to the imagination about current government UFO data collection efforts.

However, another question many Americans have been left wondering about has to do with the future of academic involvement in the UAP question, and whether information the U.S. government is collecting about these objects will be provided to the scientific establishment for independent evaluation.

“Every scientist should like a good puzzle to solve,” says Chris Impey, a professor and deputy head of the department of astronomy at the University of Arizona. Impey studies observational cosmology, in addition to placing a focus on education and science literacy. However, in recent days, he has also become one of a handful of astronomers that have weighed in on the debate over UFOs.

“And there are clearly UFO sightings that don’t have a simple explanation,” Impey told The Debrief.

Despite recognizing the potential that ongoing studies related to credible observations and analysis of what government UFO data collection may hold, Impey is also aware of the baggage the topic carries with it.

“Actually, historically I had sort of been interested in it as the sort of archetype of pseudoscience,” he says. “I’ve often used it in class to hold up as an example to students… of a field that is not really operating scientifically, because most of it involves anecdotal reports. It’s evidence that’s not reproducible, and that’s not how science works.”

“Then there’s the whole conspiracy theory layer of it which, again, almost makes it non-scientific almost by definition. There are other bizarre offshoots of it like the alien abduction stories and the crop circles, and some of those—like crop circles—they’re just laughable. Those were explained decades ago, there’s nothing to see here, right? And yet it’s been swirled into the whole UFO phenomenon. So, it’s a case study in pseudoscience for me.”

The baggage the UFO subject has carried with it now for decades has done little to help the subject in the eyes of scientists who, like Impey, see the inclusion of these sorts of tangent claims in the broader field of study as having tarnished an otherwise potentially interesting field of inquiry.

“However,” Impey is quick to add, “it’s possible, and it’s true that at the heart of this mass of sightings—tens of thousands historically—there are some that are truly interesting and not yet explained. Some of the Navy sightings may fall into that category.”

Why Scientists Are Shy When it Comes to the UFO Problem

Despite the interest that certain higher profile reports of unidentified aerial phenomena have managed to generate in recent years—primarily a 2004 incident involving multiple witnesses who described and appear to have also filmed an unusual object, popularly likened to a bus-sized “Tic Tac” seen off the California coast—many scientists remain hesitant to toss their hats into the ring.

“It’s a very tricky scientific issue for scientists,” Impey says, “because you can’t deny all the baggage of the conspiracy theories, and the fact that most UFO sightings are just astronomical phenomena, weather balloons, Venus, clouds, whatever.”

“So, do you just throw the baby out with the bathwater? Do you just ignore the whole field entirely? And that’s really what most of my colleagues do: they just roll their eyes when UFOs come up, and they’re not gonna touch it.”

“I definitely don’t go that far,” Impey admits. “You should be agnostic. You should at least say, well, if in the end there’s a small residue of cases that are worthy of study, and you can figure out a way to rigorously study them, then you should.”

The problem remains, however, as to when—or if—the scientific community will be granted access to information currently being collected by government agencies on unidentified aerial phenomena.

“I’ve been waiting for that,” Impey told The Debrief, noting that a follow-up expected to follow the initial preliminary assessment provided to the ODNI last month will need to provide additional information.

“The part that’s not clear,” Impey says, “is whether they’re also going to invite panels of experts [and] scientists to look at the data.

“If it’s the Office of National Intelligence Director requesting scientific expertise, I’m sure scientists would volunteer for that.”

In fact, Impey thinks that such an official invitation from government officials for academics to look at UAP data might appeal to them in several ways. In addition to there being a sense of duty with respect to national security that could drive such willingness, the fact that the invitation came from government in the first place could help to remove much of the stigma that has kept scientists wary about becoming involved with UFOs in the past.

“If it comes from the office of the DNI or the Pentagon, the stigma that keeps most scientists away from the phenomena would go away in large part, because it’s a national security issue,” Impey says.

“I mean, it’s almost your patriotic duty to participate if they invite you, or if you think you could contribute. So that would be good, but I don’t know if that’s gonna happen. The sign that it might is that the new DNI Avril Haines has started to use the scientific expertise that is at her disposal more frequently, or has said she will, and I believe that.”

“That was very important,” Impey says. “It was a recognition that the intelligence community can’t solve that problem, and they need extra expertise.”

Much like the government’s responses to incidents involving Havana Syndrome, Impey hopes that we may gradually be moving toward a point where we will see more involvement from the scientific establishment, both in terms of advising on the future collection of government UFO data, as well as analyzing what it already has.

“The panels convened to help with the Havana Syndrome study is a model for how it might work with the UAP or UFOs.”

“And if they did that,” Impey adds, “it would be very interesting.”