This week we examine the recent passage of a bipartisan bill, the HAVANA Act of 2021, to aid victims of purported directed energy attacks.

From Allegation to Legislation: The HAVANA Act of 2021 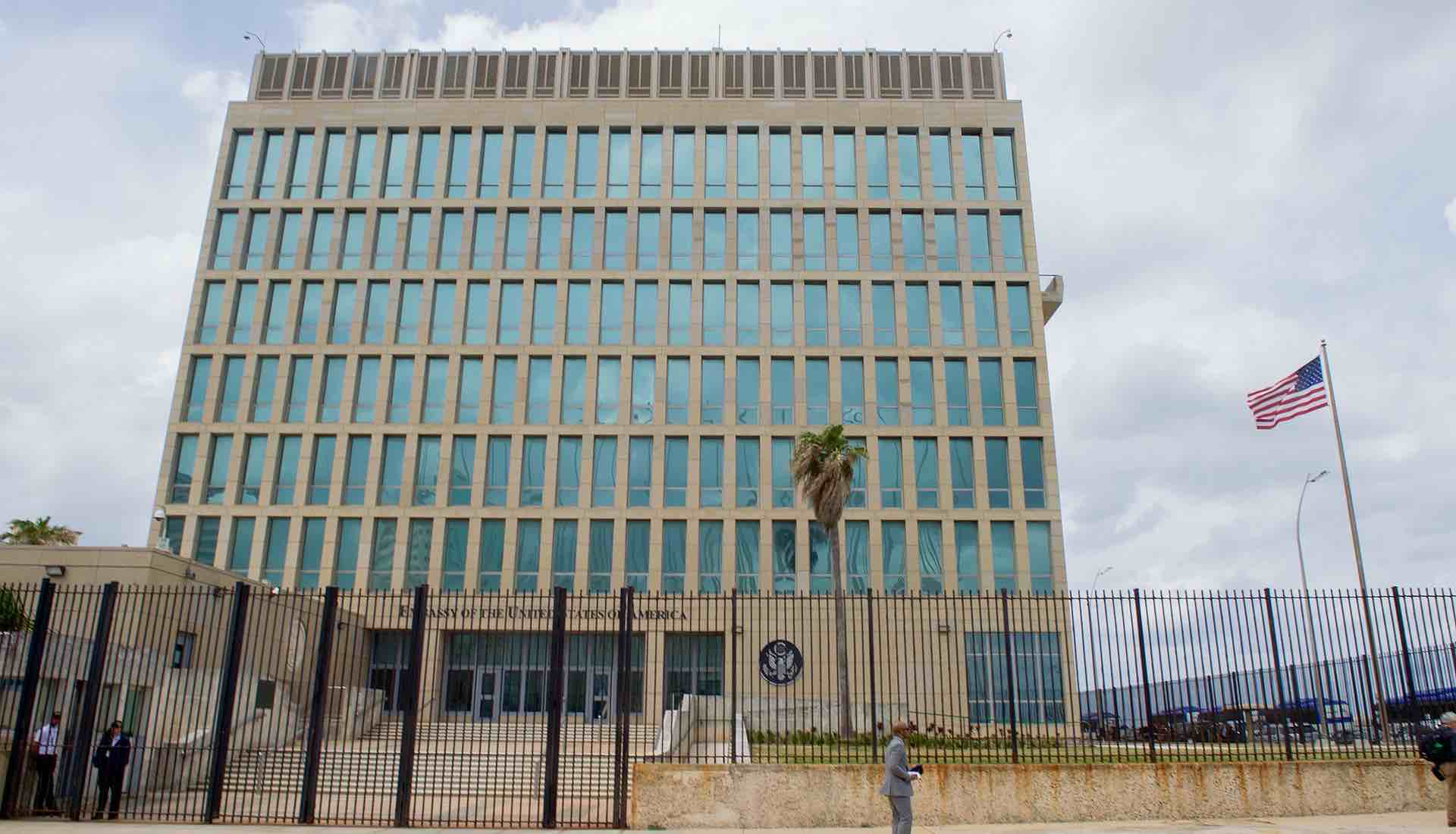 Welcome to this week’s edition of The Intelligence Brief. With the recent news of bipartisan legislation passed by the Senate that seeks to aid victims of what has become known as “Havana Syndrome” in recent years, items that we’ll be looking at this week include 1) the introduction of The HAVANA Act of 2021, 2) the origins of the purported mystery illness, 3) questions that remain about Havana Syndrome (including why some scientists dispute its existence) and 4) U.S. intelligence assessments of whether the syndrome was ever actually meant to be a weapon in the first place.

Before we get into our main focus this week, a few other stories we’ve been focusing on recently at The Debrief include our coverage of why one study has concluded that GPT-3 May Become The AI Disinformation Machine We’ve Always Feared. Also, following another bombshell dropped by the New York Times with the preview it recently provided in advance of the release of the UAP Task Force’s report on unidentified aerial phenomena, a flurry of news has resulted that includes our coverage of why NASA will begin looking into UFOs, as well as China’s confirmation that it has its own UFO task force, and also Tim McMillan’s analysis of why the Inspector General of the DOD’s evaluation will have a critical role in the ‘UFO Mystery’. Of course, don’t forget to check out a complete listing of stories we’ve covered this week at the end of this newsletter.

And with that, it’s time to look at the Senate’s passage of the HAVANA Act of 2021, and what that means as U.S. intelligence officials continue to try and determine the cause of mysterious illness that have afflicted personnel at U.S. embassies and, more recently, also here stateside.

Earlier this week, a bill introduced to aid U.S. personnel who are believed to have experienced brain injuries and other physical effects from suspected directed energy attacks was unanimously passed by the Senate. The Helping American Victims Afflicted by Neurological Attacks (HAVANA) Act (S.1828 – HAVANA Act of 2021) was introduced by Maine Senator Susan Collins, along with Senators Mark Warner, Marco Rubio and Jeanne Shaheen. The legislation will authorize the allocation of financial support for victims of “Havana Syndrome,” a mysterious neurological disorder first reported at the United States Embassy in Havana, Cuba, in late 2016.

Senator Collins has previously called for a “whole-of-government” approach toward resolving the ongoing incidents where U.S. personnel at various embassies and other locations have claimed to have been victims of suspected energy weapon attacks.

“For several years, American personnel serving our country in Cuba, China, and elsewhere have experienced unexplained, serious medical harm, including in some cases, permanent brain injuries,” Collins said before the Senate earlier this week. “Their conditions are believed to be the consequence of a mysterious, directed energy weapon used by an adversary.”

Since 2016, “Havana Syndrome” has been the term for an illness first reported by staff at the U.S. Embassy in Havana, Cuba, with similar incidents having occurred thereafter at the U.S. consulate located in Guangzhou, China, early in 2017. Currently, more than two dozen U.S. officials are believed to have been affected, with additional incidents reported by Canadian officials who served at these embassies. The illness is characterized by symptoms that include headaches, disorientation, dizziness, and a number of other conditions that, in some instances, have reportedly lasted for years after the attacks. The symptoms have been described as being “consistent with the effects of directed, pulsed, radiofrequency energy,” according to U.S. intelligence officials.

Although the recent legislation passed by the Senate will seek to provide aid to those who have experienced such symptoms, the actual source behind the purported attacks—both in terms of the weapon used, and its operators—remains unconfirmed.

“We can speculate,” Collins said before the Senate this week. “We have our suspicions.”

“The fact is, we do not know exactly what the weapon is, nor who is wielding it,” Collins added, noting that during a forthcoming meeting with Russian President Vladimir Putin that she hopes President Biden “will ask President Putin about these attacks, that he will grill him about them to see if the Russians are responsible.”

In December, a study which analyzed the incidents concluded that the symptoms described by U.S. Embassy employees were consistent with pulsed microwave weapons attacks. Then in March, the New York Times reported on the establishment of a new task force (no, not that task force) that would move forward with efforts to provide care for U.S. personnel believed to have been affected by the mysterious illness. This was followed by additional intelligence reviewsin early May as additional suspected incidents involving Havana Syndrome—particularly among employees of the Central Intelligence Agency—continued to rise. U.S. officials also confirmed in May that at least 130 incidents involving the suspected attacks had been logged.

Despite the number of cases that have now been reported, several questions remain about the suspected attacks: do the range of different symptoms reported by U.S. and Canadian personnel all point to a single illness? If so, what kind of directed energy technology would be capable of such attacks at a distance, as has been reported in some instances? Lastly, although it has been strongly implied that Russia is likely to be the source of the attacks on American officials, what evidence might the intelligence community have to support this contention?

In May, a former Los Alamos National Laboratory chemist named Cheryl Rofer expressed concerns about the U.S. intelligence community’s willingness to label Havana Syndrome as being the result of attacks, and questioned the results of a recent study which made similar conclusions.

“No proponent of the idea has outlined how the weapon would actually work,” Rofer wrote in Foreign Policy. “No evidence has been offered that such a weapon has been developed by any nation,” she added, stating that presently there remains no evidence to support the conclusion that the range of symptoms described by U.S. personnel result from any kind of weapon.

Rofer also acknowledged that some of the incidents could still have a single cause that remains unidentified.

“It’s possible that the symptoms of all the sufferers of Havana syndrome share a single, as yet unknown, cause,” she wrote, adding that “it’s also possible that multiple real health problems have been amalgamated into a single syndrome.”

An interesting twist in the already strange story of “Havana Syndrome” was added only in recent days, which, according to a U.S. intelligence assessment, considers whether the illness some Americans suffered could actually have been “an unintentional byproduct of foreign efforts to collect intelligence from U.S. government employees’ electronic devices.”

“Though inflicting harm may not have been the original intent, U.S. officials increasingly believe that whoever may be responsible is now well aware that the devices can cause debilitating symptoms and will seek to use them to target and physically harm individuals,” Courtney Kube and Carol E. Lee outlined in a recent NBC News article.

In other words, in the range of possible scenarios involving the mystery symptoms that have afflicted U.S. personnel since 2016, add that it all might have been an accident… one that might now present an even more pressing concern than at any time before, now that similar instances have begun to appear on U.S. soil.

That wraps up another exciting installment of The Intelligence Brief. Don’t forget to subscribe and get email updates from us here, or read past editions of The Intelligence Brief at our website. And as always, if you have a tip or other information you’d like to send along directly to me, you can email me at micah [@] the debrief.org, or Tweet at me @MicahHanks.