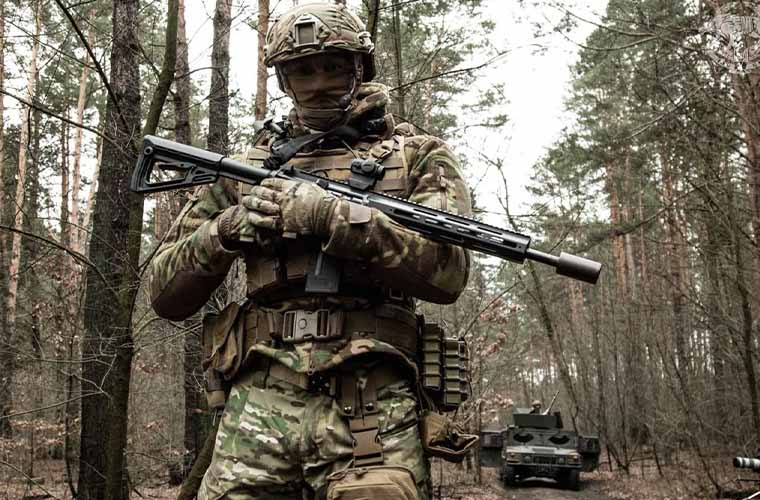 Nearing a Crossroads: Latest Assessment of Russia’s Invasion of Ukraine

Here is The Debrief’s update of the conflict as of the morning of March 16.

During the early morning hours of March 16, Russia once again conducted a series of airstrikes on residential areas in the Ukrainian capital of Kyiv.

Same as yesterday, two high-rise residential apartment buildings were targeted, this time in the Shevchenkivsky district. As of 7:00 AM local time, Ukrainian authorities reported two people were injured, and 37 residents had to be evacuated.

While the Kremlin has repeatedly denied targeting residential areas and civilians, pre-and-post-strike analysis by The Debrief, once more, failed to find any evidence of strategic military value with anything in the vicinity of the strikes.

As of March 16, it has been 12 days since Russian ground forces have attempted simultaneous attacks along their four primary axes of advance. Instead, in the last 24 hours, Russian troops conducted several small-scale attacks with limited success.

Along the Kyiv axis, west of Kyiv, Russian forces – believed to be comprised of Ramzan Kadyrov’s Chechen fighters and elements of the 35th and 36th Combined Arms Army (CAA)- conducted several limited, unsuccessful attacks on areas close to the western bank of the Dnipro River, roughly 12-15 miles west of Kyiv.

There are some indications that Ukrainian defenders have been able to not only hold but also slightly push back Russia’s western advances toward Kyiv.

As of March 16, the heaviest fighting west of Kyiv appeared to occur in the northern stretch of the Hostomel’ske Highway in Iripin, roughly a mile west of the Antonov International Airport near Petrovskoho Street in Hostomel and in Moschun.

There are no indications that Russian forces have made it any closer than roughly 7-8 miles from the E40 highway, a significant avenue of approach to central Kyiv.

Along the Northeast Axis, Russia did not conduct any offensive ground maneuvers east of Kyiv and along its Sumy, Chernihiv, and Kharkiv avenues of approach.

Overnight, Kharkiv was pounded by artillery strikes, likely from elements of Russia’s 6th or 20th Combined Arms Army, positioned to the city’s north. Russia is likely using the heavy shelling to pin down Ukrainian forces to bypass Kharkiv from the south near Izyum.

According to Ukrainian Emergency Services officials, over 500 civilians have been confirmed killed in Kharkiv.

In the past 48 hours, Ukrainian troops appear to have successfully carried several counterattacks on Russia’s beleaguered supply lines along the Northeast Axis. Counterstrikes seemed concentrated on supply routes believed to be maintained by Russia’s 2nd Guards Combined Arms Army (GCAA), near Velyka Dymerka, Kyiv Oblast, Losynivka, Chernihiv Oblast, and south of Chernihiv along the E95 highway running to Brovary.

Based on the overall situation, The Debrief assesses that it is unlikely that Russian forces will conduct any major offensive operations in the northern area of operations in the near future. Even with the reports of Russia trying to bolster manpower by calling up reservists, conscripts, and foreign mercenaries, it is unlikely there will be any significant change to this disposition for the next 7 days.

As such, The Debrief likewise finds it unlikely Russia will successfully achieve its primary objective of encircling and capturing the capital city of Kyiv in the foreseeable future.

Russia continues to have its most significant success in the southern area of operations, along the Crimea and Donbas axes.

Russian forces maintain their encirclement of Mariupol and continue to conduct daily assaults on the western and eastern outskirts of the city. The port town of nearly 300,000 people also continues to face daily air, missile, and artillery bombardments on residential areas and civilian infrastructure.

On March 15, the Ukrainian General Staff said defenders repulsed a major Russian assault on an unspecified area around Mariupol. Reports indicate the defeated attack was launched by a Spetsnaz (special forces) unit of the 22nd Separate Guards Special Purpose Brigade. Ukrainian artillery and aviation were additionally said to have destroyed 12 Russian vehicles in columns around Mariupol.

On March 16, the Ukrainian General Staff confirmed that Russian Major General Oleg Mityaev, Commander of the 150th Motorized Rifle Division, had been killed in fighting near Mariupol. Mityaev’s death marks the fourth Russian General killed in Ukraine since February 24.

The Debrief previously revealed the names of an additional 48 field-and-company grade Russian officers killed since the invasion began.

In light of incredibly stiff defenses, the situation in Mariupol is exceptionally dire. Ukrainian forces and citizens inside the city have been encircled and cut off from water, food, and medical supplies for nearly two weeks.

Russian forces are maintaining a solid defense in depth around the city. The likelihood of defenders breaking out of Mariupol is extremely low. Russia likewise seems content to simply destroy the entire city through airstrikes and artillery if it has to. The Debrief assesses it is likely only a matter of time before Russian forces capture Mariupol or force the city to capitulate.

Russia continues to push forces north from Kherson, to bypass Mykolaiv and north of Mariupol to seize Zaporizhya. In the past 24 hours, however, there were no significant offensive actions on either of these thrusts. Russia is unlikely to successfully achieve either of these objectives while its forces are still committed to the siege of Mariupol.

On March 15, satellite imagery revealed 14 Russian naval ships had advanced closer towards the coast of Odesa. Amongst the flotilla were five amphibious landing vessels, presumably carrying armor and marines for a beachhead landing on Ukraine’s remaining port city.

In light of these recent movements, it is very doubtful that Russia will attempt an amphibious landing on Odesa while its closest supporting ground forces remain stalled east of the Bug River, roughly 60 miles away.

Ukraine conducted a series of airstrikes on the occupied Kherson Airport on Tuesday afternoon. Russian troops have been using the airport to stage equipment, including helicopters and armored vehicles, since seizing Kherson on March 2.

Satellite images following the strikes appeared to show numerous pieces of military equipment destroyed or on fire. On March 16, the Ukrainian General Staff said the attacks had taken out nine aircraft and “columns of equipment.”

Company-level attacks likely represent the most significant scale of offensive operations Russian forces can currently muster along its western and eastern approaches to Kyiv. It is unlikely that Russia will have enough combat power to achieve its objective of encircling or seizing the capital city in the immediate future.

Ukrainian forces will likely continue small-scale counterattacks to peel back Russian positions west of Kyiv and along Russia’s vulnerable supply lines in the northeast. Ukrainian counterattacks along the Northeast axis can potentially force Russian troops to withdraw to try and consolidate forces east of Sumy, Kharkiv, and Chernihiv.

Overall, Russia appears to be on the verge of losing irreplaceable momentum in the northern area of operations.

In the southern area of operations, Russia appears poised to capture Mariupol, likely representing the next major inflection in the invasion of Ukraine. If stores of munitions and food supplies are running low, Mariupol could fall as soon as the next 48-72 hours. Conversely, suppose the city’s defenders secured sufficient supplies before the invasion. In that case, Mariupol could end up holding out for a week or more.

Based on the desperate need for replacements, Moscow will likely continue to try and pressure Belarus into joining the war. However, The Debrief currently assesses the likelihood of the Belarusian military becoming involved in Ukraine as being relatively low.

On Wednesday morning, Ukrainian president, Volodymyr Zelensky, hinted that potential headway was being made in recent negotiations with Russia to end the war.

“The meetings continue, and, I am informed, the positions during the negotiations already sound more realistic. But time is still needed for the decisions to be in the interests of Ukraine,” said Zelenskiy in an early morning video address.

Likewise, Russian Foreign Minister Sergei Lavrov told Russian-state media that “some formulations for agreements with Ukraine were close to being agreed, with neutral status for Kyiv under serious consideration.”

If Moscow is presenting more “realistic” demands, this would signal that Russian President Vladimir Putin has accepted that his initial goals of seizing Ukraine and forcing a regime change are now all but impossible. Thus far, Putin hasn’t appeared willing to accept this reality.

However, given the high military and economic cost Russia is suffering, Putin may have very few options aside from conceding what would be tantamount to surrendering his initial lofty goals.

Of course, this is also the same Putin who said for months, and up to February 23, Russia had no intentions of invading Ukraine. Ultimately, there are reasons to be optimistic but highly suspicious that a deal to end the war in Ukraine may be nearing.