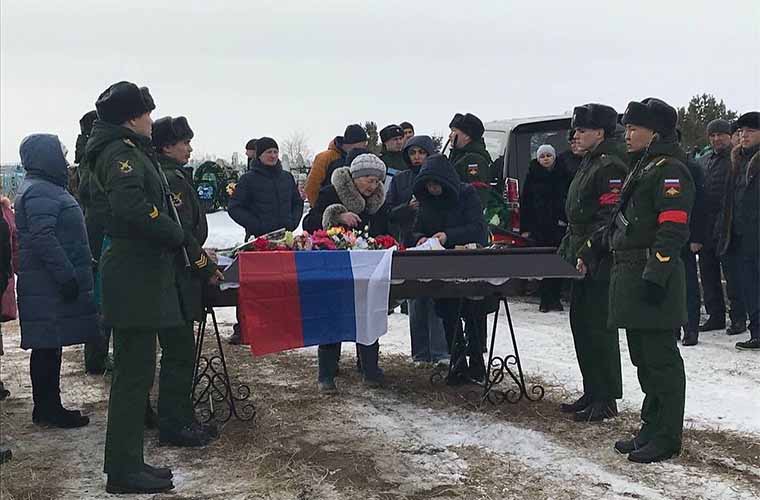 Russian Command Losses Are Staggering: THE LATEST ON THE INVASION OF UKRAINE

Here is The Debrief’s update of the conflict as of the morning of March 11.

During the early morning hours of March 11, Russia conducted a series of airstrikes in western and central Ukraine.

Several explosions were reported in the western cities of Lutsk and Ivano-Frankivsk. Up to this point, these regions near the border with Poland have been almost entirely untouched by the war. Reports indicate the airports just outside these two major cities were targeted.

Several videos posted on social media were purported to show the strikes on Dnipro. Analysis by The Debrief of the blast wave and secondary flammagenitus cloud suggests at least one of the strikes likely hit a Ukrainian munitions depot. However, this cannot be confirmed at this time.

On March 10, Russian forces on the ground did not appear to renew any significant offensive operations along its western and eastern approaches to the Ukrainian capital of Kyiv. The lull in offensive operations near Kyiv followed a failed attempt by Russia to push an armored column through the Brovary area northeast of Kyiv on March 9.

The situation on the ground in the last 72 hours supports the Ukrainian General Staff’s continued assessments that Russia presently lacks the combat power to successfully launch a large-scale attack on the capital. It is becoming increasingly unlikely that Russia will be able to achieve its goal of encircling Kyiv, and the situation along the Kyiv and northeastern axes could be nearing a standstill.

Russia likewise appears to have reached a stalemate in its attempts to seize the major northeastern cities of Sumy, Chernihiv, and Kharkiv.

The cumulative effects of Ukrainian defense of key cities, coupled with successful ambushes by squad and platoon size forces with anti-armor weapons and Bayraktar TB2 drones on vulnerable Russian positions, have had a devastating impact on Russia’s combat power in the northern area of operations.

In the southern area of operations, Russia continues to focus on advancing towards Mykolaiv. It is difficult to discern, but Russia likely wants to seize the city or cross the Southern Bug River to the north to encircle Mykolaiv and ultimately advance towards Odesa.

As of March 10, Russia’s advances on Mykolaiv are unremarkable and appear stalled.

In the besieged city of Mariupol, Russian proxy forces of the Donetsk People’s Republic (DNR) claimed it had taken control of several neighborhoods —including Azovskiy, Naydenovka, Lyapino, Vinogradar, and the Azovstal metallurgical factory—on March 10. The DNR’s claims may be valid. However, The Debrief cannot independently confirm the purported gains in Mariupol.

The port city of Mariupol has been encircled by Russian forces and subjected to brutal artillery and airstrikes for 10 days. City officials say hundreds of thousands of civilians trapped in the city have been without water, power, heat, and limited food supplies for over a week. Multiple attempts to establish a ceasefire and humanitarian corridors from the city have, so far, all ended in failure.

Russia additionally continues to try limited and largely unsuccessful movements along a third divergent southern advance towards the city of Zaporizhya.

The Debrief continues to assess it is unlikely Russia will achieve any meaningful gains in the southern area of operations, provided it remains committed to three disjointed advances toward Mykolaiv, Zaporizhya, and the encirclement of Mariupol.

In the south, Russia is having to contend with maintaining the occupation of Kherson, home to nearly 300,000 residents. According to the Ukrainian General Staff, Russia has introduced an “administrative-police regime” to maintain order in occupied settlements.

Numerous online videos have shown daily civil protests by Ukrainians living in Russian-occupied regions. According to Ukrainian officials, approximately 400 Ukrainians have been arrested by Russian military police for protesting the occupation.

Moscow has not officially commented on its combat losses since a week into the invasion, saying roughly 500 troops had been killed in Ukraine.

On March 11, the Ukrainian General Staff said it had estimated Russia had lost over 12,000 soldiers since February 24. While this figure is likely inflated, there are plenty of reasons to believe that Russia has suffered extremely high casualties in the first three weeks of its invasion.

As of March 11, the open-source intelligence site Oryx had independently confirmed Russia had lost 1,034 pieces of military equipment. The list of lost equipment includes some of Russia’s most advanced hardware, such as 11 T-80BVM tanks.

In addition to the overall loss of troops and equipment, an investigation by The Debrief reveals Russia appears to have also lost considerable field and company-grade officers.

The following Russian officers are believed to have been killed based on in-memoriam posts identified by The Debrief on the Russian social media network VK or Russian district news reports.

This list only includes the names of Russian officers The Debrief could verify as being killed in action from public sources. The actual number of field and company-grade officers is very likely higher.  [This list was updated on March 23, 2022.]

Russia likely realizes it presently lacks sufficient combat power to encircle and attack the Ukrainian capital of Kyiv. Along the Kyiv and northeastern axes, Russia will probably take an operational pause for the next 48-72 hours in an attempt to consolidate and refit its forces before attempting to resume any advances on Kyiv.

This Curvy Quantum Physics Discovery Could Revolutionize Our Understanding of Reality

In the southern area of operations, Russian troops will likely continue to try and advance towards Zaporizhya within the next 48-72 hours. Russia would like to try and block the city from the east to set for subsequent operations, should Mariupol fall.

Improved weather forecasts throughout Ukraine will likely increase Russian air and missile attacks in the next 24-72 hours. However, thus far, the Russian Air Force has not demonstrated itself capable of integrating its air and ground forces. Likewise, Russia has shown a poor capacity for real-time Intelligence, surveillance, target acquisition, and reconnaissance (ISTAR). As such, it is unlikely that any increased air attacks will have a meaningful impact on the war’s course.

While clear skies may benefit air attacks, warming ground temperatures in Ukraine will quickly cause the ground to become too soft for heavy armor, significantly limiting Russia’s ability for off-road movement.

Russia will likely continue to use stand-off artillery, missile, and aerial bombardments against the Ukrainian cities of Sumy, Kharkiv, Chernihiv, Mariupol, and Mykolaiv. The threat to civilian casualties in these cities continues to be exceptionally high.

The Debrief continues to assess it is likely that Russia will conduct a false-flag attack to bolster domestic support for the war and justify mobilization of reserves. Any false flag will probably involve the use of illegal chemical weapons.

Three weeks into the invasion and Russia’s armed forces have, so far, failed to demonstrate itself capable of executing an effective combined arms, multi-domain warfare campaign. Likewise, there are presently no indications that the Russian military is reorganizing its efforts in a way that would lead to a sudden change in pace or operational success.

If Russia does not quickly learn from its mistakes and reprioritize its remaining resources, the conflict is reaching a point where Russia’s offensive will likely begin losing irreplaceable momentum.

In light of Russia having a significant advantage in net combat power, due to poor planning and overall execution, current indications are Ukraine will likely be able to force Moscow into a protracted, unwinnable war.

How the Kremlin, particularly Russian President Vladimir Putin, will respond to this reality remains to be seen.