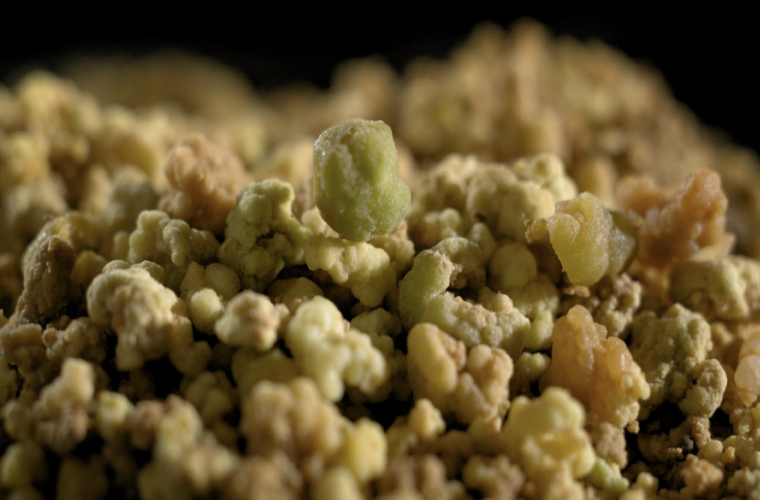 Canadian and Israeli company BioHarvest Sciences has announced the successful production of 22 pounds of fully viable cannabis biomass without actually growing the plant. This first-of-its-kind achievement comes only weeks after the same company added former Canadian Astronaut Chris Hadfield to its board of advisors, a move that signals the company’s longer-term goals of taking their technology to space.

Cannabis has become a big business, with the market for the plant and its derivative products only expected to grow in the coming years. The Debrief previously reported some of the potential medical benefits of the increasingly legal weed, as well as some of the medical concerns around its consumption.

More recently, Debrief guest Tommy Chong shared his thoughts with our own Chrissy Newton about all things cannabis.

Now, a Canadian-Israeli company with designs on taking their technology to space says they have found a way to produce viable plant material in a laboratory, without the need for much of the energy, material, or space requirements of traditional farming.

FULL-SPECTRUM CANNABIS WITHOUT THE PLANT

“It is the first time that any group – in either industry or academia – has successfully produced meaningful quantities of full-spectrum Cannabis biomass without growing the plant itself,” the press release explains.

The actual mechanics behind the process remain a secret. Still, the company does note that their cannabis is not genetically modified and uses 95% less land than a traditional farm would need to grow the same amount of useable cannabis. They also state that the only waste product is biodegradable water, making both the process and the resulting product extremely clean and contaminant-free, two critical concerns in producing medical quality cannabis and its derivative products like CBD.

“The legal Cannabis industry has been waiting for this moment as many of the challenges it has faced are being resolved using BioHarvest’s technology and capabilities,” said BioHarvest CEO Ilan Sobel. “With this milestone, we are ready to start engaging with key players in the global Cannabis industry for the right partnerships ahead of the introduction of our new Cannabis products.”

BioHarvest calls their process “a win for global sustainability,” noting that they are already proving its efficiency over traditional farming by growing red grapes, olives, and pomegranates with less than 10% of the land needed and significantly lower energy requirements. Furthermore, the company says their process creates no greenhouse gas emissions.

GETTING HIGH OR FLYING HIGH

“This major scientific and technological achievement is unprecedented in the Cannabis world and is a strong validation of the superiority of the BioFarming technology,” said the company’s CTO, Yochi Hagay. “BioHarvest’s global leadership position in plant cell biology is proving itself now on a wide variety of applications.”

At the top of that list of future applications, and under the guidance of former astronaut Hatfield, is applying their technology to growing both food and medicine for astronauts and future space colonists alike.

“BioHarvest’s BioFarming technology can produce primary metabolites that amount to food for humans in space,” the press release explains. “It also can produce antioxidant compounds that can relieve human cellular stress and damage caused by microgravity and ionizing radiation.”

As far as their next step in the commercial cannabis industry, the company says they will begin producing higher volumes of cannabis in industrial-scale bioreactors. This commercial-grade cannabis “will consist of multiple strains, carefully selected based on specific indications and B2B customer requirements.”

Carefully selected? Multiple strains? Ok, does the website have an order form? Asking for a friend.