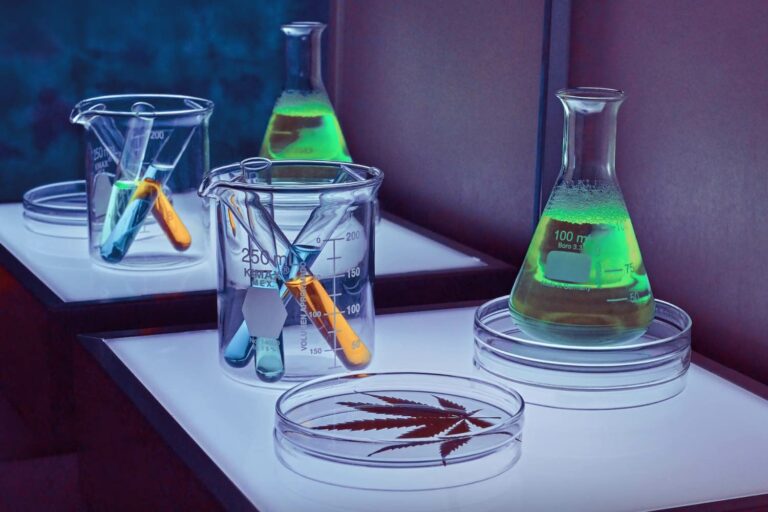 Marijuana on the Mind? This Cannabinoid May Be Able to Treat Epilepsy, Study Says

Scientists and researchers who study epileptic seizures have known for a long time that there is a connection between these disorienting, often debilitating episodes and the brain’s endocannabinoid system, the same system that allows marijuana smokers to experience feelings of calm and euphoria. However, until recently there had still been a debate as to the precise chemical that a brain experiencing a seizure is producing, and what that chemical’s effects on mitigating, or worsening, those seizures may actually be.

Now, with the help of some lab mice, and a custom made, glow in the dark variation of a cannabinoid naturally produced by the brain, (as opposed to the type of cannabinoid that is ingested when consuming marijuana products) a team of researchers have pinpointed the exact mechanism behind the brain’s attempts to calm an epileptic seizure, offering a possible path for treating these surprisingly common brain misfires.

“There have been lots of studies providing evidence for a connection between seizures and endocannabinoids,” said professor of neurosurgery Ivan Soltesz from the Stanford University School of Medicine in the press release announcing the team’s breakthrough. “What sets our study apart is that we could watch endocannabinoid production and action unfold in, basically, real time.”

For one in every one hundred people, epileptic seizures are an unfortunate, often daily occurrence. Sparked by an out of control cascade of neuronal activity, these episodes are often referred to as “electrical storms” in the brains, and in many cases lead to a loss of consciousness and temporary amnesia.

“These storms typically begin at a single spot where nerve cells begin repeatedly firing together in synchrony,” reads the Stanford press release. “The hyperactivity often spreads from that one spot to other areas throughout the brain, causing symptoms such as loss of consciousness and convulsions.”

Therefore, the statement concludes, “It’s typical for the person experiencing a seizure to need tens of minutes before becoming clear headed again.”

Recently, researchers who study these out of control neuronal storms have zeroed in on the brain’s endocannabinoid system, noting that naturally occurring cannabinoids are secreted by the brain during these episodes, before “binding” to a CB-1 receptor, the same connection that THC, the active chemical in marijuana, binds to, causing the calming and euphoria generally associated with recreational consumption.

However, before their study, there was still some debate as to which of these cannabinoids was binding to the CB-1 receptors to effectively calm the electrical cascade of a seizure, and how that mechanism may be tapped into to treat them in the future. In fact, according to the release, many neuroscientists and pharmacologists had assumed that a cannabinoid called anandamide (derived from the Sanskrit word for “bliss”) was the active substance in calming seizures. The Stanford team, however, had a completely different target in mind; the endocannabinoid 2-arachidonoylglycerol, or 2-AG.

To study this chemical compound’s release and possible calming effects on seizures, the Stanford research team monitored the brains of mice during regular activities like walking or running, then also monitored their brain’s CB-1 receptor’s reaction to an artificially induced seizure. To make sure they could identify whether or not their targeted endocannabinoid 2-AG was being released and having the calming effect expected, the team employed a new endocannabinoid-visualization method invented by study co-author Yulong Li, PhD, a professor of neuroscience at Peking University in Beijing.

This glow, the study notes, can be detected by photosensitive instruments, providing the team a method of tracking 2-AG’s binding to the CB-1 receptor in real time, as it was happening. And what they found not only confirmed their suspicions, but also offered a new target for treatment of seizures and their side effects.

First, several hundred times as much 2-AG was released during the induced seizure as was released during regular activity, essentially confirming 2-AG’s role in calming these out of control electrical events. Second, the 2-AG broke down rather quickly, often within seconds, (something that the team points out wasn’t measurable before their glow-in -the-dark method let them see it happening in real time) into a chemical called arachidonic acid, which is a precursor to inflammation causing prostaglandins.

In short, while the naturally produced endocannabinoid 2-AG did help to calm the out of control electrical cascade, essentially slowing down or even halting the seizure in its tracks, the inflammation-causing substance it was quickly converted into is also likely at the root of many of the side effects of seizures, specifically the disorientation and temporary amnesia suffered by many.

That, the researchers say, is because these inflammatory chemicals cause blood vessels to constrict in the brain, and since the vast majority of epileptic seizures occur in the hippocampus, a part of the brain that plays a critical role in short term memory, learning and spatial orientation, this flood of inflammatory compounds would likely account for the frequent loss of memory and disorientation that follow such episodes.

Although this was a preliminary study that would need to be confirmed by an outside party, the research team feels that their results, which will be published in the August 4th edition of Neuron, provide a tantalizing target for not only reducing the intensity of seizures, but also the debilitating after effects that can sometimes last for hours.

“A drug that blocks 2-AG’s conversion to arachidonic acid would kill two birds with one stone,” Soltesz said. “It would increase 2-AG’s concentration, diminishing seizure severity, and decrease arachidonic acid levels, cutting off the production of blood-vessel-constricting prostaglandins.”

It may be some time before this finding leads to a verifiable treatment for the millions of sufferers of epileptic seizures, and it in no way means that those who currently suffer from these debilitating episodes should undertake marijuana use as a possible treatment. But it does make a fascinating connection between the body’s unique ability to counter these types of events, and the unexpected side effects those counter efforts may have.