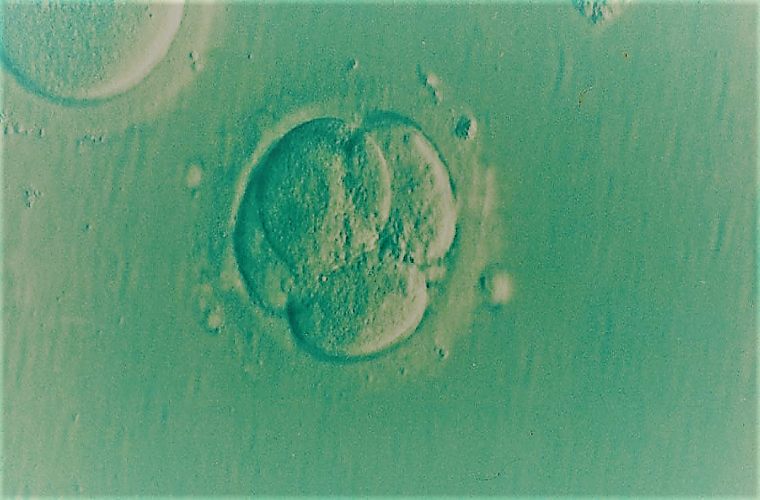 The Ethics of a Human-Monkey “Chimera” Embryo


Growing human organs is the future of organ transplant surgery. There is an ethical cost and are we willing to pay it?

One of the great, ongoing challenges in medical science is how to address the needs of patients requiring organ transplants. The need for donors is seemingly endless. Even if a suitable match is found, the transplant recipient typically needs to take immunosuppressant drugs for the rest of their life, leading to other potential complications. The ultimate goal of current research is to find a way for doctors to “grow” replacement organs made from the patient’s own cells, providing a perfect match that won’t trigger their own body to reject the replacement.

A possible leap forward in these efforts was recently announced. Scientists have been attempting to use human pluripotent stem cells (hPSCs) to spur cell growth in animals such as pigs for some time. This was done to eventually grow entire, viable organs inside them, including lungs, hearts, kidneys, and other common transplant needs. Unfortunately, while they have learned a great deal about cell growth, progress has been disappointing.

Recently, however, one group of scientists in China and the United States tried a new approach described in a recent research paper published in the medical journal Cell. They injected Induced Pluripotent Stem Cells (iPSCs) into the embryos of macaque monkeys which are much more closely related to human beings. They were able to produce more than a hundred embryos (referred to as “chimera”) that were growing human cells inside of them, representing what could be a major advance in this research. But some bioethicists have already raised serious concerns about creating a lifeform that is so close to being human for research purposes.

Background: SO HOW DOES THIS ‘Chimera’ WORK?

Human Pluripotent Stem Cells (hPSCs) are the cells typically formed at the earliest stages of embryonic development. They are the flexible cells that can grow into every different type of cell required to create a human being. Through the use of lab test animals, scientists hope to learn how to “teach” the cells to grow into the specific type of tissue needed to produce a human organ. But hPSCs themselves have created controversy and ethical questions of their own.

Initially, the only source for hPSCs was human embryos, typically as the result of an abortion. This, as you might imagine, immediately caused issues both inside and outside of the medical community. In response to those questions, in 2007, researchers learned to take human skin and blood cells from adults and “reprogram” them back into their prenatal state. These are referred to as Induced Pluripotent Stem Cells (iPSCs). The iPSCs eliminated the tricky question of using aborted human fetuses, but the cells proved more difficult to use for these purposes. Recent advances appear to be making them more viable.

Following the publication of this research paper, two camps immediately seemed to form in the medical community. Some, such as Dr. Kristen R.W. Matthews, a specialist in ethical and policy issues related to biomedical research at Rice University’s Baker Institute, simply asked the question ‘why?’ She told NPR, “I think the public is going to be concerned, and I am as well, that we’re just kind of pushing forward with science without having a proper conversation about what we should or should not do.”

Others, including Dr. Insoo Hyun, a Professor of Bioethics and Philosophy at Case Western Reserve University School of Medicine, said that this type of research isn’t ethically problematic. Dr. Hyun described the work as being “aimed at lofty humanitarian goals.”

At issue is the question of what might happen if one of these chimera embryos were ever allowed to grow to full term. Would the resultant animal be a human being, or at least partly human? What rights would it have? The authors of the linked report state unequivocally that no one is planning to do such a thing. But the possibility remains that someone might, sooner or later. Keep in mind that a doctor in China successfully cloned multiple human babies when that research was also supposedly forbidden.

For an even more shocking example in an unrelated field, consider the research conducted three years ago at the University of California San Diego. Scientists were growing human brain cells into small formations known as “organoids.” (Also using hPSCs.) These miniature brains were being used for vital medical research. But when they hooked them up to an electroencephalograph, they discovered that the organoids were generating brain waves. While not identical to the electrical activity seen in adults, they were nearly the same as the brainwaves of premature babies.

So were these miniature brains actually thinking? And if they are capable of some form of thought, at least some ethicists would immediately raise the question of whether or not they have a soul. The moral, ethical, and even religious connotations are obviously complex and daunting.

Outlook: Is this Chimera the future of organ transplants?

The ethical questions being raised over the creation of these human-monkey “chimeras” are far from settled. We regularly conduct medical experiments on other animals, which is also subject to valid criticism in ethical terms. But we justify it by regarding the test subjects as “just animals” and somehow lesser than human beings. If their sacrifice saves people’s lives, the cost is worth it, or so the argument goes.

But now that we are melding our own cells with those of monkeys, one of our closest cousins on the evolutionary ladder, are we crossing some sort of forbidden line? Would we have the right to create a creature that is at least partially human in a laboratory only to destroy it by harvesting its organs later? For that matter, is the creation of just a viable embryo in this fashion already a step too far?

Having a way to produce perfectly matching replacement organs for patients who would otherwise die is an amazing goal. Such an ability could save countless lives every year and potentially expand the lifespans of people significantly until their brains eventually failed. But if the cost of that achievement means growing human hybrids in laboratories, the scientific community has many difficult discussions on the horizon and numerous questions to answer.