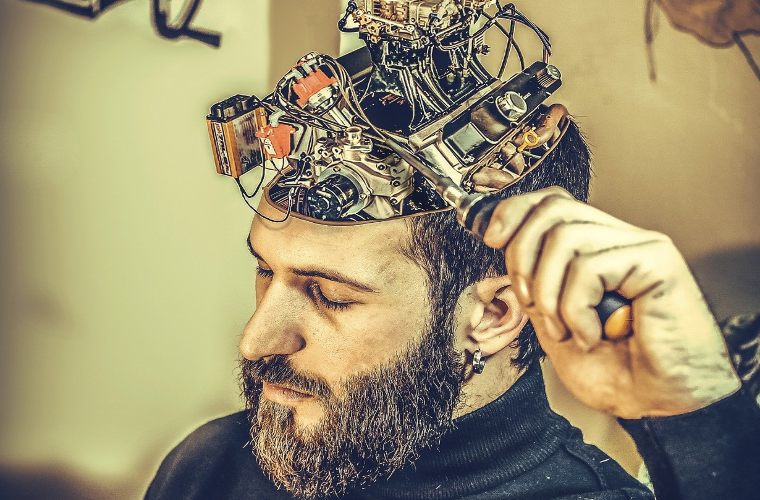 Researchers Locate The ‘Gateway to Consciousness’

On any given day, our five senses are under a constant bombardment of external stimuli. People who study this area have spent decades wondering why some of those stimuli make it into our conscious awareness, while other sights, sounds, smells, touches, and tastes are relegated to the unconscious mind. Until recently, the question was still an open one. Where in our brain lies consciousness?

Now, in hopes of finding an answer, a team of University of Michigan researchers zeroed in on one particular part of the human brain previously linked to conscious awareness. And based on the results published in the journal Cell Reports, they found that the anterior insular cortex is indeed a gateway to consciousness.

Background: What We Already Knew

“There are a few previous studies suggested [sic] that the anterior insular cortex is a central informational hub of the brain,” said Dr. Zirui Huang, Ph.D., a researcher at the Department of Anesthesiology and Center for Consciousness Science at Michigan Medicine said in an email to The Debrief. “It receives inputs from different sensory modalities and the internal environment like interoception or emotions, and determines the relevance and processing priorities across modalities.”

In that same email, Huang summarized some critical aspects of that previous work, including how scientists have already identified the unique cluster of large, spindle-shaped pyramidal neurons that make up the anterior insular cortex.

That structure is important, he said, because “these neurons establish a long-distance, fast relay of information throughout the cortex. Thus, we suspect that the anterior insular cortex has the neuroanatomical characteristics to support the global neuronal workspace posited to enable conscious access.”

In short, this particular part of the brain appears both perfectly constructed and ideally positioned within one’s proverbial gray matter to operate as a veritable ‘gateway’ between the conscious and unconscious mind.

Analysis: Do We Now Know Where Consciousness Resides?

To determine whether or not the brain really has a switch directing traffic between the conscious and the unconscious, Huang and lead researcher Anthony Hudetz, Ph.D., put volunteers in a semi-conscious state using the drug, Propofol, then placed them inside an MRI machine to monitor their brainwaves.

Once sedated and in place, the subjects were asked to imagine themselves doing a whole range of physical activities, including things like walking along a path, playing tennis, or even just squeezing their hand. This type of imagined physical activity is as useful to researchers as the actual physical activity itself. As previous research has shown, mental imagery produces brain activity similar to performing the exercise physically.

“When participants imagine themselves playing tennis,” the study’s release says, “the part of the brain responsible for controlling movement lights up.”

At the same time, these ‘movement areas’ in the brain “light up,” the study also explains, the activity in other regions of the brain becomes deactivated since mental attention is focused on performing the action. Also of note, while all these imagined activities were taking place, the researchers continually adjusted the Propofol to move the subjects in and out of a conscious state.

Once all of their imagined tasks were finished, the subjects were asked to perform one simple, real-world motor activity, in this case, squeezing a rubber ball. As expected, all of the MRI scans for both the real and imagined tasks showed a correlation between conscious responses from the subjects and the anterior insular cortex. Further supporting their conclusion, that same signal faded away with the subject’s actual consciousness.

When asked if any of these mental activities had more “staying power” than the others, Dr. Huang told The Debrief that one particular area did indeed stand out.

“Squeeze imagery (imagine squeezing a rubber ball by hand) seemed to have the most ‘staying power’ when the level of consciousness is reduced. The reason may be that this imagery task is simpler than others. It requires less cognitive resources [compared to] other imagery tasks like playing tennis or imagining walking from room to room at home.”

Huang did note, however, that whenever the participants were completely unresponsive to their verbal commands, “all imagined activities were gone.”

To confirm their results, Huang and Hudetz set up another experiment. This time, they were using a classical psychology test where an image of a face is flashed on a screen for three-hundredths of a second, followed by a noisy, high contrast image specifically designed to interrupt conscious processing of the original face image. The subjects were then asked if they could see the brief image of the face, with researchers once again monitoring their brainwaves, specifically the anterior insular cortex. Like with the first test, their results were positive.


NASA Wasn't Convinced Back Then, But All Subsequent Missions Prove Mars Was Habitable Once

“If the insula’s activity is high at the point of stimulus,” Huang said in the release, “you will see the image [they detected]. Based on evidence from these two experiments, we conclude that the anterior insular cortex could be a gate for conscious awareness.”

Outlook: The Future of Consciousness Studies

As far as what happens next, Huang notes that “Future studies applying interventional strategies may help us to gain a causal mechanistic understanding between brain activity and consciousness.”

For example, he says, researchers could apply transcranial magnetic stimulation (TMS) or direct current stimulation (DCS) targeted directly at the anterior insular cortex and see how that stimulation changes the perception of cognitive functions.

When asked by The Debrief if this research could help patients who are ‘locked-in,’ or in other states of minimal consciousness, Huang pointed to the work of Professor Adrian M. Owens in this area as the gold standard. However, the otherwise humble researcher also admitted his work might help in one specific way.

“In terms of the task-induced neural activity in the anterior insular cortex, [our findings] may help the development of new clinical markers of consciousness vs. unconsciousness.”

As for now, Huang and Hudetz will celebrate this breakthrough accomplishment. However, like much of the research in this field, Huang told The Debrief that “more work is needed to fully elucidate the functional role of this area in human cognition and consciousness.”

“We have already known some of the functions about the anterior insular cortex,” he told The Debrief, “but this brain area is still largely unexplored.”