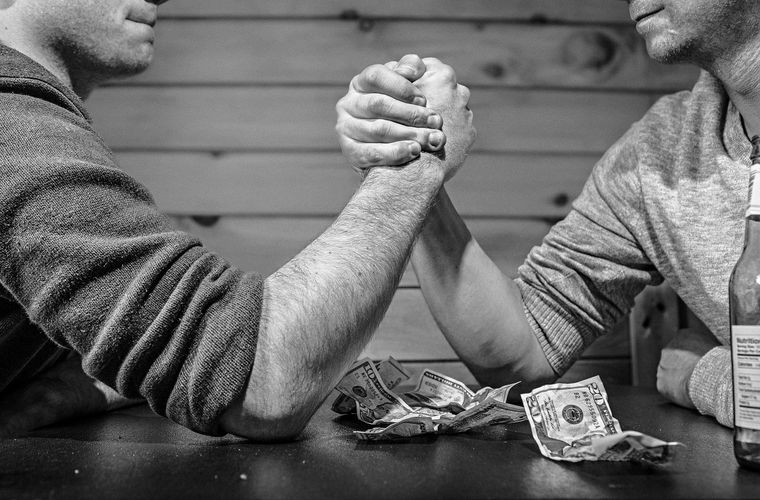 Researchers have found that the most common demographic considered "a-holes," are middle-aged men. (PC Pixabay.com)

“Why is He Such a Jerk?” Research Reveals Why Middle-Aged Men May Fall Into This Weird Demographic

In 2012, Aaron James, an associate professor of philosophy at the University of California, Irvine, published a lenghthy philosophical treatis analyzing a phenomenon familiar to most of us: why some people are just jerks.

The book, entitled Assholes: A Theory, remains a popular nonfiction seller and also spawned a 2019 documentary film directed by John Walker. Although obviously presented in a humorous spirit, there is little doubt that James’s work owes much of its success to the universality of its central premise.

Most of us have a person in our lives that we would probably call an “a-hole.” These people are often avoided, and when social interactions with them do eventually happen, they are usually not pleasant. While these “a-holes,” may vary in age, weight, or career, a new study from the University of Georgia has found some similarities between these individuals: mainly that they are most often middle-aged men.

Background: The Recipe for a Jerk

There are many traits that can be used to label someone a jerk. According to an article in Psychology Today, jerks tend to only talk about themselves. This may be due to a higher level of narcissist behavior or being more self-absorbed, which makes it difficult to converse with the individual or get them to empathize. These individuals also tend to be less compassionate, saying pushy or offensive things which can alienate others.

This, combined with selfish behavior, can make such individuals almost intolerable. What the researchers at the University of Georgia found is that it’s highly unlikely these individuals will change their behavior, keeping them alienated for a long time.

Analysis: Who is the A-hole?

To learn more about “a-hole” behavior, the researchers surveyed almost 400 people, asking them to describe the “biggest asshole” in their life. From their survey, they found the most common individuals were middle-aged men, with some common traits of being manipulating, aggressive, and entitled. “People didn’t really have much trouble figuring out who the ‘biggest asshole’ in their life was,” explained lead author and Ph.D. student at the University of Georgia, Brinkley Sharpe. “On average people didn’t think they were very close to these individuals, which makes sense because these people are described as having pretty aversive behaviors.”

According to Sharpe, “When we talk about behaviors, the asshole was not necessarily being antagonistic toward people, but they just really didn’t care about what others were thinking or how they were perceived by others.” The definition of this term was based on the individual’s actions and behaviors, ranging from mean to violent to illegal.  Others categorized them with popular culture actions, such as not wearing a mask.

“Clearly there is a lot of variation in how people use this world,” added Sharpe. “I think the implication of the study is that insults matter.”

The fact that most jerks are middle-aged men may actually be due to the medical condition of irritable male syndrome (IMS). This syndrome is due to andropause, a period in an aging man’s life when his hormones begin to fluctuate (similar to menopause in women). IMS typically affects men ages 40-60 and can cause behaviors such as anger, hostility, argumentation, frustration, or being demanding.

All of these behaviors, as well as the age range of these men, can perfectly explain why they may be the prime “a-hole” demographic. For now, IMS has yet to become a more widely discussed topic in popular culture, and so until that happens, many of the individuals outlined in the recent research may simply continue to be labeled as mean jerks, or as philosopher Aaron James would probably word it, “Assholes.”