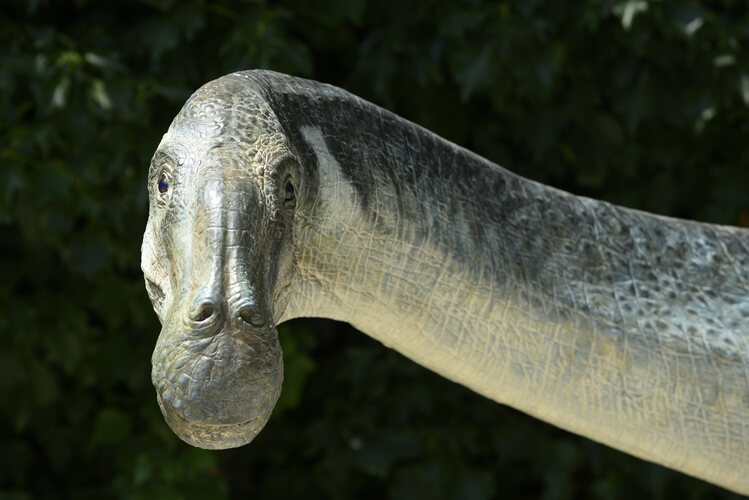 How Much is Dinosaur DNA Actually Worth?

Audiences around the world are excited for the arrival of the latest installment of the Jurassic Park film series: Jurassic World: Dominion.

The film will reportedly complete the storyline presented in the previous five films in the series, beginning with the first movie based on author Michael Crichton’s famous novels that appeared in theaters in 1992.

While the premise of Jurassic Park has been unique and entertaining for audiences now for three decades, Crichton devised this famous fictional storyline with the intent of addressing a more serious issue.

The lucrative profits being made from gene patents.

Background: Why are Gene Patents so Bad?

The process of patenting genes began in 1982, as companies began realizing they could make good money by claiming ownership of specific genetic material.

A patent works similar to having a copyright, where the first person to file a patent is now the “owner” of whatever invention has been created. The patent holder can then change high fees for others to use their inventions, thus making a lucrative profit.

Unfortunately, this process also applies to certain types of genetic material, such as GMOs (genetically-modified organisms), where companies can change others large fees to use their genes or create similar genes. Perhaps it’s no surprise to see genetic patents have had a negative impact on the health of patients, as tests and treatments become more expensive for patients.

In 1992, when Crichton was drafting the first Jurassic Park book, he already saw the writing on the wall regarding gene patents. His fictional park owner, John Hammond, is quite wealthy, but clearly sees himself as becoming wealthier by charging fees for recreating the genetically-modified dinosaurs and for visiting his park. Crichton continued to denounce gene patents with his 2006 book Next.

In a New York Times Op-Ed written a year before he died, Crichton made the case against gene patents clear: “Gene patents are now used to halt research, prevent medical testing, and keep vital information from you and your doctor. Gene patents slow the pace of medical advances on deadly diseases. And they raise costs exorbitantly: a test for breast cancer that could be done for $1,000 now costs $ 3,000.”

Analysis: The Wealth of Dinosaur Patents

The newer Jurassic Park movies take Crichton’s opinions one step further by showing how lucrative genetic patents can be.

In Jurassic World: Fallen Kingdom, genetically modified dinosaurs and their DNA is auctioned off to the highest bidder. These fictional sales are worth millions. And while this scenario clearly is not realistic, it does reflect how much genetic patents of dinosaur DNA would actually be worth. Thankfully, most of this DNA is being used for research purposes, and there has yet to be a patent filed on genetically-modified dinosaurs.

Outlook: The World of Gene Patents is Changing

Thankfully, the disadvantages created by gene patents are slowly going away. This is in part thanks to the 2013 BRCA gene court case, where the U.S. Supreme Court ruled that isolated human genes cannot be patented. The case began when the biotech company Myriad Genetics had patented the BRCA1 and BRCA2 genes, which are used to test for breast cancer. The company was making millions by charging large fees for their genetic tests.

The Supreme Court ended this money-making process by claiming that Myriad Genetics had not actually invented (or genetically modified) anything, and therefore its patents were invalid. Many breathed a sigh of relief after this case as other gene patents were declared invalid for the same reason. While this case freed isolated human genes from patents, it said nothing of patenting non-human genes, like dinosaur genes.

Currently, there are over 47,000 patents related to genetic material. While the events depicted in the Jurassic Park films remain fictional for now, it could be only a matter of time before the first real dinosaur gene patent is eventually filed, marking a first (potentially massive and three-toed) step towards bringing a real-life Jurassic Park to fruition.