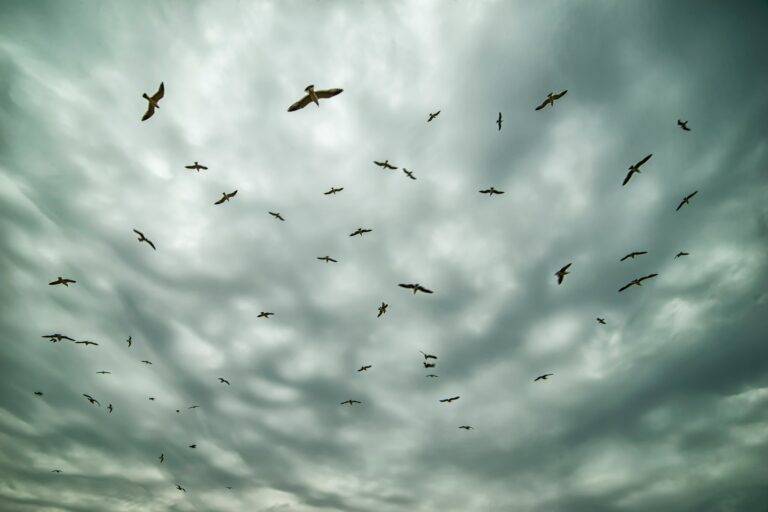 Since the 1970s, researchers have assumed that some animals use the Earth’s magnetic field to navigate, particularly birds. While many theories have tried to explain the exact process behind this “sixth sense,” most have come up short. New research may have found an answer, and it may rest within that spooky field of quantum mechanics.

In a January 6th press release, a team at the University of Tokyo announced the first live observation of “magnetoreception” taking place within living cells in their lab.

Led by Professor Jonathan Woodward, and assistant Noboru Ikeya, the team accomplished this result by exposing “Flavin” cells, a type of cell often used in lab work for its fluorescing properties, to weak magnetic fields similar in level to the field produced by the Earth itself, and then watched for the results.

ANALYSIS: CryptoChromes and The Quantum World

According to the study, the team irradiated the cells with blue light, and they fluoresced for approximately 40 seconds. Researchers then ran a magnetic field over the cells every four seconds and measured changes in the fluorescence. Looking at the statistical data, the cell’s fluorescence dimmed by about 3.5% with each magnetic field pass. What the team found was direct evidence that cells respond to changes in magnetic fields.

It’s the exact result the team had hoped for, but in an email to The Debrief, Professor Woodward admitted that they first didn’t believe what they were seeing.

“We assumed it was an artefact or mistake until we had repeated it many, many times and eliminated every conceivable possibility of the observation having another cause,” he said, before adding, “after exhausting every other possibility, we finally came to conclude that it must be a real effect of the magnetic field. Then we started to get a little excited.”

Of course, digging into the actual nuts and bolts of the process is a little tricky, especially when dealing with the quantum realm, something the professor also freely admitted to The Debrief.

“It is very challenging to explain the nature of this incredible process without some understanding of quantum mechanics in general,” he said.

Still, here are the basics:

While several hypotheses exist, many researchers think that cells, even human ones, respond to magnetic fields due to cryptochromes. Cryptochromes are found in living cells and, for some animals like birds, they allow them to mysteriously sense magnetic fields.

When the team was able to detect the cells responding to magnetic fields in the lab, it pointed to the fact that something spooky was going on. When you have enough elections in the right spots, a weak magnetic force causes them to ‘spin.’ Have those electrons occupy a small needle inside a compass, the result is obvious. The needle moves towards the strongest magnetic force. Birds, insects, and other animals don’t have metal needles in their brains, so the solution as to how they can detect the earth’s magnetic field needs exist on the atomic level. Enter radicals.

A basic radical is an atom with a single electron circling its outer shell. When some atoms are excited by light, that solo electron can jump from its atom to another atom and create a twin. Two separate atoms each with its own orbiting electron, yet eerily the same. Known as a ‘radical pair,’ they have the same electron spin and are ‘entangled.’ In simple terms, they are separate from each other, but behave in the exact same way.

“Magnetic fields can influence electron spin states and thus directly influence chemical reactions involving radical pairs,” the study states. When the magnetic field passed over cell in the lab test, something on the quantum level may have caused the dimming glow of the cell.

According to Professor Woodward, a quantum reaction seems to cause the resulting chemical reaction. Birds, when they sense a magnetic field, appear to undergo this process.

“We’ve not modified or added anything to these cells,” he said. “We think we have extremely strong evidence that we’ve observed a purely quantum mechanical process affecting chemical activity at the cellular level.”

As far as how magnetic fields affect humans, the professor told The Debrief that he saw potential leads in his team’s research as well.

“This (result) implies that if magnetic fields of a particular strength are potentially harmful, then magnetic fields in the opposite magnitude regime may be helpful! This is distant speculation, however. Our work does not imply that there are any physiological impacts of what we have seen, although we are certainly now focused on looking for such.”

When asked what practical applications may come from his research, the professor explained to The Debrief that “this is really blue-skies fundamental research aimed at understanding the fundamental nature of physics, chemistry, and biology.” He did, however, offer one guess. “One possible application is that autofluorescence and its magnetic response can be used to report on other processes going on the cell and image them without a need for adding probe molecules or other interfering species into cells to make measurements.”

OUTLOOK: The Unknown Link Between Quantum Mechanics and Our Cells

After decades of trying to understand how birds, butterflies, and a host of other animals seem to use the Earth’s magnetic fields for navigation, these results obtained by Professor Woodward and his team seem to indicate they are finally zeroing in on the exact mechanism taking place.

Of course, he cautioned, “that there is still a long way to go before we understand the details of how magnets interact with living systems,” but closed by saying, “this work is a crucial link between a well-established physical theory in chemistry and direct, real-time observations in a living biological entity.”