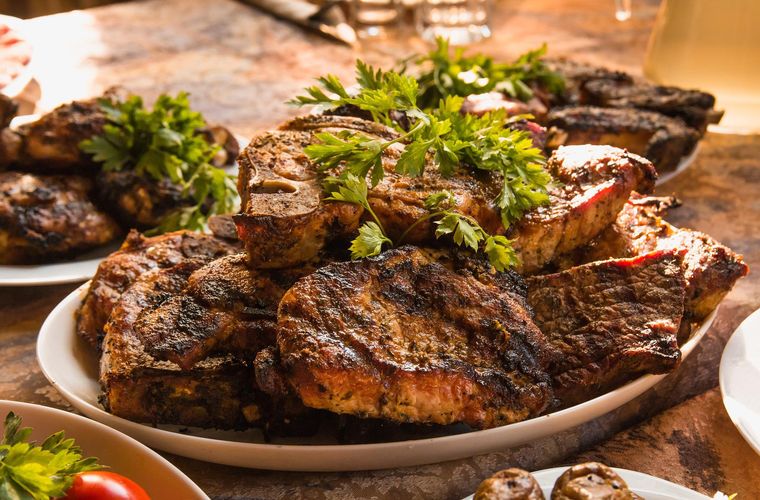 Could Depression Be Linked to Certain Proteins in Our Food?

Depression is a common mental health issue for many people around the world today. The World Health Organization (WHO) estimates that over 280 million people, or 5% of the total global population, struggle with depression.

While there are many external factors that can cause this issue for people, ranging from trauma to stress or abuse, there may be also internal factors at play too. Recently, scientists at the Girona Biomedical Research Institute (IDIBGI) and Pompeu Fabra University (UPF) in Barcelona have linked depression to a common protein, proline.

Background: What is Proline?

There are 20 different amino acids that make up proteins. Proline is just one of these amino acids. The body uses proline to help repair and preserve skin and muscles. It does this by using proline to make the protein collagen, which is found in gelatin and fitness protein powders.

Proline can be found in most meats and fish, where the average daily intake for this amino acid is 5 grams. Some individuals who have skin conditions may be prescribed proline supplements, but there is not enough research to show if they actually work.

To find any links between amino acids and depression, the researchers at IDIBGI and UPF analyzed the diets of 116 participants. These participants were also given questionnaires about their mental health. According to a researcher at IDIBGI and director of the Department of Medical Sciences at the University of Girona, Dr. José Manuel Fernández-Real: “We were surprised that what was most associated with depression, evaluated through this questionnaire, was the consumption of proline.”

To test this link further, the researchers transplanted some of the patient’s microbiota (gut bacteria) into mice. The mice that received gut bacteria high in proline became more depressed. In examining the brains of these mice, the researchers found proline had triggered different genes for transporting the amino acid.

“The possibility of transferring the depression phenotype from humans to mice through microbiota transplantation and the demonstration that such transplantation generates alterations in proline transport reveals that this proline may be associated causally with depression,” explained Dr. Rafael Maldonado of the UPF. The researchers tested this link in fruit flies as well, feeding them gut bacteria associated with proline consumption. The flies who were fed these bacteria became much more depressed. Genetically modified flies who didn’t have proline transport proteins in their brain ate the same gut bacteria but were resilient to depression.

Current depression treatments usually involve medication or therapy. The researchers are hopeful that the results from their study can give psychiatrists and others new methods to help treat depression but from a nutritional standpoint.

“These results demonstrate the importance of proline and its influences on people’s depressive mood,” adds Dr. Fernández-Real, “which so far has not been taken into account.”