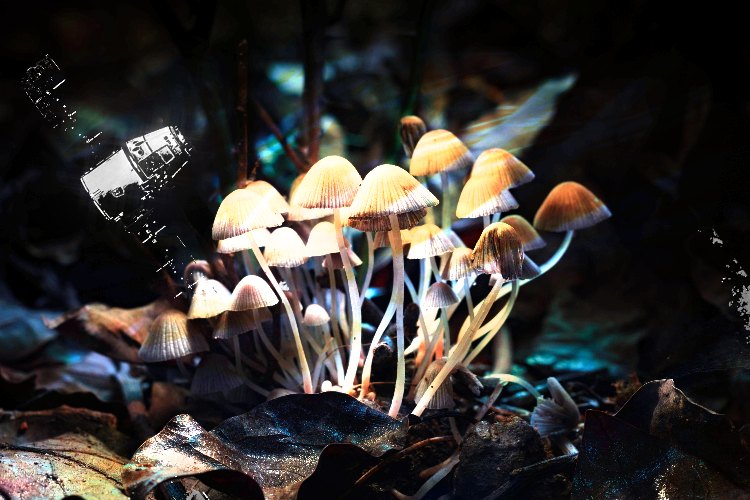 Entrepreneur Wants to Build Future Satellites out of Mushrooms

With the recent uncontrolled deorbiting of a Chinese rocket and the European Space Agency being concerned about the amount of ‘space junk’ in Earth’s orbit, one entrepreneur is working towards designing satellites out of mycelium. Though it sounds wild, mushrooms are an incredibly viable building material.

“There are several reasons why mycelium-based space equipment, satellites, and ships will work. When you ask why, it’s because it is sustainable, lighter, fire retardant, and when it breaks up, it does not break up into as many pieces, and bigger pieces are easier to find,” Max Justice, a former U.S. Marine with years of experience working in the space industry and cybersecurity, told The Debrief.

Orbital debris, or what is more commonly referred to as “space junk,” represents a problem for several reasons. The Debrief reported last month that a recent mission to the International Space Station raised alarm bells when a crewed capsule was notified that they would collide with a piece of debris. Though a false alarm, it indicated to those in the space industry that leftover debris from past space missions can pose a hazard.

Moreover, the reentry of larger space junk can also present hazards once it makes its way back into Earth’s atmosphere. In most situations, the large piece of debris breaks up in the atmosphere creating multiple smaller objects that disperse and cause severe damage across a large area.

Justice believes that we can construct satellites that won’t crack apart in space or when they deorbit by using mycelium mushrooms.

In simple terms, instead of that satellite breaking apart and creating countless tiny pieces of debris, the object will remain intact. It comes down as one piece versus a scattered series of projectiles.

The European Space Agency is looking at many approaches to reduce the amount of space junk, noting that there are over 3,000 active satellites in orbit and approximately another 4,000 that are no longer active. The ESA also estimates that there are well over 29,000 pieces of broken-up debris. Space is not only getting full, but it is getting dangerous.

Analysis: Can You Build a Mycelium Mushroom Satellite?

“People are realizing every day how mushrooms (in particular, mycelium) can be used as a replacement for bacon (as well as pork, cow, and chicken), leather (and they’re finding it’s stronger), shoes, hats, clothes, as building/construction materials such as bricks, soundproofing, fire retardant insulation, as well as packing materials, furniture, bolts of threads, handbags, pet food,” Justice told Universe Today. “…the sky is the limit.”

The issue that arises regarding satellites and space debris is that with every collision between objects in space, more debris gets created, leading to the possibility of more collisions, leading to more debris, and so on. This is known as the Kessler Effect. Justice believes that since mushrooms can be turned into a fireproof and incredibly strong building material, this will reduce the likelihood of objects breaking up in space.

Mycelium mushrooms can be dried and broken down into a fibrous material that can be molded and shaped. The resulting fibers are robust and have a very high tensile strength. Several companies design mycelium bricks, insulation, and other building materials as a cheaper and environmentally friendly alternative to traditional building materials.

“Mushrooms/mycelium are used to eat plastic, oil, and as an alternative for many building materials,” Justice told The Debrief in an email. However, his idea to use these mushrooms as material to build satellites is still very much at the larval stage.

“Getting from the current state (stage one) to the end state, a space-based satellite, will not be easy,” he stated. “We need to get people excited about an inexpensive and renewable resource. I am looking for some advisors to help me get from here to there. We are talking about taking a waste product and turning it into something as strong as steel.”

He believes that if the mycelium can be put inside a “nano-tube,” the strength of the material, as well as its weight, will “not be matched.” He admits it’s still an idea at this point. However, it is no secret that NASA, and other space agencies, are always looking for novel ideas.

It sounds wild, but Justice isn’t the only one who is looking at mushrooms in space. Mars City, a company with ties to NASA, is looking at potentially using mycelium to build habitats on Mars.

When it comes to unique ideas, space is often where those ideas can become a reality.

While Justice may be a ways away from seeing a satellite made of mycelium fiber, the idea may take root and sprout. In this new race for space, all bets seem to be off, and Justice points out that mushrooms are natural survivors that can thrive both naturally and commercially as a viable future engineering material.

“Mushrooms were around long before humans and will be here long after we are gone,” Justice told The Debrief. “There is a reason they can survive much more than almost any other living thing on this planet.”