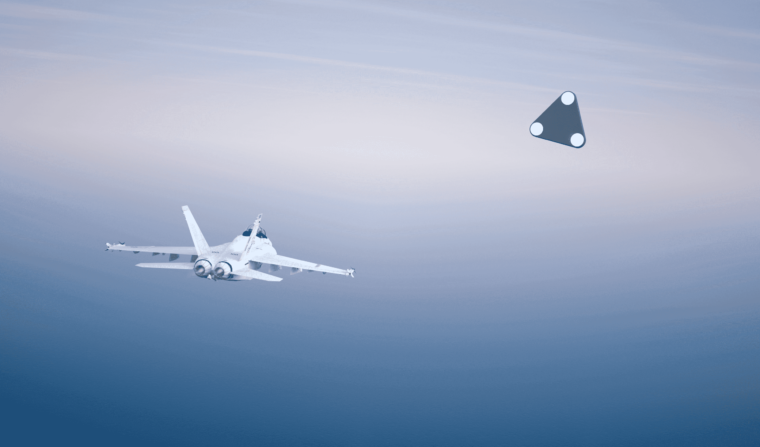 In an interview with Fox News, recent former Director of National Intelligence, John Ratcliffe, confirmed the U.S. Government is aware of “a lot more” sightings of “Unidentified Aerial Phenomena,” or “UAP,” than has so far been made public.

“There are a lot more sightings than have been made public,” Ratcliffe told Fox News host Maria Bartiromo. “Some of those have been declassified. And when we talk about sightings, we are talking about objects that have been seen by Navy or Air Force pilots, or have been picked up by satellite imagery that frankly engage in actions that are difficult to explain. Movements that are hard to replicate that we don’t have the technology for. Or traveling at speeds that exceed the sound barrier without a sonic boom.”

Without going into specifics, Ratcliffe, who served as head of the U.S. Intelligence Community under Donald Trump from May 2020 to January 2021, confirmed multiple accounts previously reported exclusively by The Debrief.

In December 2020, The Debrief revealed through information obtained via the Freedom of Information Act that defense officials at the highest levels, including the Vice Chiefs of Staff for the Navy and Air Force and Secretary of the Navy, had received classified briefings on UAP in October 2019.

Additionally, in December, The Debrief revealed officials had disseminated at least two classified intelligence reports on UAP encounters by the military to the Intelligence Community in the last two years.

Confirmed by multiple Intelligence Community members and one Federal Law Enforcement Official, one of the intelligence reports released in the fall of 2020 contained what was described to The Debrief as an “extremely clear” photograph of an unidentifiable triangular aircraft.

Officials who had seen it described the unidentified aircraft in question as a large equilateral triangle with rounded or “blunted” edges and large, perfectly spherical white “lights” in each corner.

The Debrief also published a leaked photo taken from the cockpit of a F/A-18 fighter jet that purportedly shows what the Department of Defense (DoD) has characterized as “Unidentified Aerial Phenomena.”

At the time of release, The Debrief expressly stated the leaked photo was not the same image of the supposed triangular object previously reported.

Nevertheless, confusion still emerged, as the leaked image shows an odd “bell-shaped” object with ridges or other protrusions along the lateral edges and extending toward its base, not a clear triangular aircraft.

A host of online pundits and avocation analysts have speculated the leaked photo depicts a 28″ mylar Batman balloon, commonly available at party supply retailers. However, The Debrief has become aware that the leaked image is one in a series of photographs captured over a period of 32 minutes by Naval aviators. The Debrief has also confirmed the photos were provided to and analyzed by the Pentagon’s UAP Task Force, being run by the Office of Naval Intelligence.

When reached for comment, Pentagon spokeswoman Susan Gough would not confirm nor deny the leaked photograph’s existence. “To maintain operations security and to avoid disclosing information that may be useful to potential adversaries, DOD does not discuss publicly the details of reports, observations or examinations of reported incursions into our training ranges or designated airspace, including those incursions initially designated as UAP,” Gough told The Debrief.

While visions of crystal-clear high-definition images or videos of unknown aerial objects are undoubtedly enticing, another aspect of this bizarre phenomenon mentioned to Fox by Ratcliffe is far more compelling.

“When we talk about sightings, the other thing I will tell you is, it’s not just a pilot or just a satellite, or some intelligence collection,” said Ratcliffe. “Usually we have multiple sensors that are picking up these things.”

The former DNI’s comments on the DoD having collected multisensor data on UAP echo what has been previously reported to The Debrief by individuals working within government and who hold requisite access to information regarding UAP encounters.

“Some of the best evidence acquired has come from measurement and signature intelligence (MASINT), rather than from videos or still images,” a source speaking under the condition of anonymity told The Debrief in November.

In a January article co-authored by The Debrief’s Tim McMillan and Tom Rogan of the Washington Examiner, authors revealed through multiple surveillance and reconnaissance platforms; intelligence assessments had found the objects being classified as UAP appeared to be intelligently controlled, mechanical devices, capable of performing feats beyond current technological capabilities.

Some of these extreme performances said to have been captured include:

Also revealed was the claim that amongst the “Five Eyes” intelligence networks – the United States, United Kingdom, Canada, Australia, and New Zealand – intelligence intercepts show foreign countries, such as Russia and China, are experiencing the same types of encounters.

“Weather can cause disturbances, visual disturbances. Sometimes we wonder whether or not our adversaries have technologies that are a little bit further down the road than we thought or than we realized,” said Ratcliffe. “But there are instances where we don’t have good explanations for some of the things that we have seen.”

Ratcliffe also told Fox he believed it would be “healthy” to make UAP information available to the public. The former DNI acknowledged he had wanted to get out UAP information before he left office. Ratcliffe, however, said, “We weren’t able to get it down into an unclassified format that we could talk about quickly enough.”

Citing federal law and numerous Supreme Court rulings that extend privilege to recognized news organizations for access to government records that are of “unusual circumstances” of great public interest and relating to “imminent action by Congress,” The Debrief has filed formal requests with the Department of Defense for release of videos and still imagery associated with UAP. Our request includes the series of photographs that accompany the image previously leaked.

On December 7, 2020, the Staff Judge Advocate General Counsel for the Office of Naval Intelligence confirmed officials had accepted the Debrief’s request. Officials said they were currently undergoing the classification review process to determine what materials could be released.

In addition to The Debrief’s request, as a condition of the FY2021 Intelligence Authorization Act, signed into law as part of the massive omnibus bill on December 28, 2020, the Senate Select Intelligence Committee has directed the Office of the Director of National Intelligence to provide a comprehensive report on UAP.

The Intel Committee’s directive states the UAP report is to be provided at the unclassified level, with the exception that some information could be withheld in a classified annex. Presently, the report is expected to be completed sometime in June.

What will be provided in DNI’s report on UAP remains to be seen. Yet, according to the former head of the U.S. Intelligence Community, John Ratcliffe, when it comes to UAP incidents, “there are actually quite a few more than have been made public.”