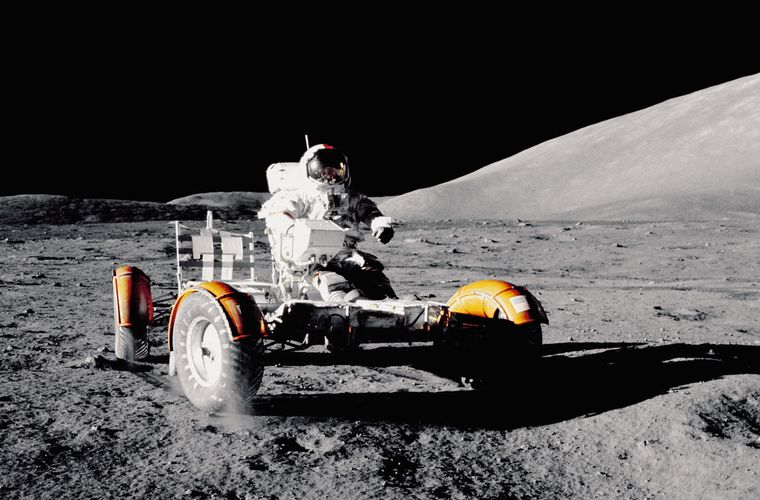 Recent media articles have hinted that a moon take-over could be possible for either China or the U.S. (PC Unsplash.com and NASA)

Competition between the U.S. and China has been ongoing for decades, although recently, much of the focus of this rivalry between nations has shifted to outer space. Both NASA and the Chinese National Space Administration (CNSA) are world leaders in developing next generation of space- exploration technology.

In recent days, the tension between these two leaders in space exploration became more palpable when NASA Administrator Bill Nelson expressed his concerns that China has plans to occupy the Moon. While China has denied this, there are many other factors that show it would be difficult for a Moon takeover to happen at all.

In speaking to a German newspaper, Nelson said, “We must be very concerned that China is landing on the Moon and saying: ‘It’s ours now and you stay out.'” After this interview was published, China refuted this claim, throwing their own insults back at NASA. “This is not the first time for the chief of NASA to lie through his teeth and smear China,” said China’s Ministry of Foreign Affairs spokesman Zhao Lijian.

In each case, the statements hint at the motivations both countries may have for going to the Moon and, significantly, worries about one attempting to limit access to the other. Zhao alluded to this in stating, “In recent years, the U.S. openly defined space as a war-fighting domain.” With the recent launch of U.S. Space Force, the U.S. does seem to think space–and the Moon specifically–may become a domain where increased defense capabilities are warranted in the years ahead. Fortunately, existing international laws, and even physics would make a moon takeover difficult at best.

Analysis: Barriers to A Moon Take-Over

Thanks to international space laws, it is illegal for anyone to attempt to capture and occupy the Moon. Passages from the 1967 Outer Space Treaty, which was signed by over 134 countries including both the U.S. and China, explicitly state that no area of space will be “subject to national appropriation by claim of sovereignty, by means of use or occupation.” In essence, this bans anyone from conquering the Moon or any other planet and claiming it as their own.

The sheer size of the Moon would also make any takeover attempt difficult. While the Moon is almost 5x the area of Australia, its environment is far from hospitable, forcing people to localize control to a lunar outpost on a series of bases, instead of being able to spread out easily. This gives obvious weaknesses to any form of take-over, making it difficult to control the Moon. However, in some cases, a country may not need to control the whole Moon, just areas of key resources like liquid water.

Controlling the Moon’s natural resources like ice can help a country solidify control of that area. That does not mean, however, that the country wants to control the whole Moon. In 2019, China was the first country to land on the Moon’s far side. They have recently announced plans to collaborate with Russia to land on the South Pole of the Moon by 2026, where NASA has confirmed sites of water ice.

Mysterious Area in Space Causes Spacecraft to Slow Down

Similarly, the U.S. is using its Artemis Program to launch a series of missions returning to the Moon. This will include the Gateway space station in the Moon’s orbit, to be launched in 2024. As both the U.S. and China are targeting key resource areas on the Moon, there may not be a Moon takeover in the way we expect, with future potential for conflict instead focusing on a race to exploit mineral and other resources that could be harvested there in the years ahead.