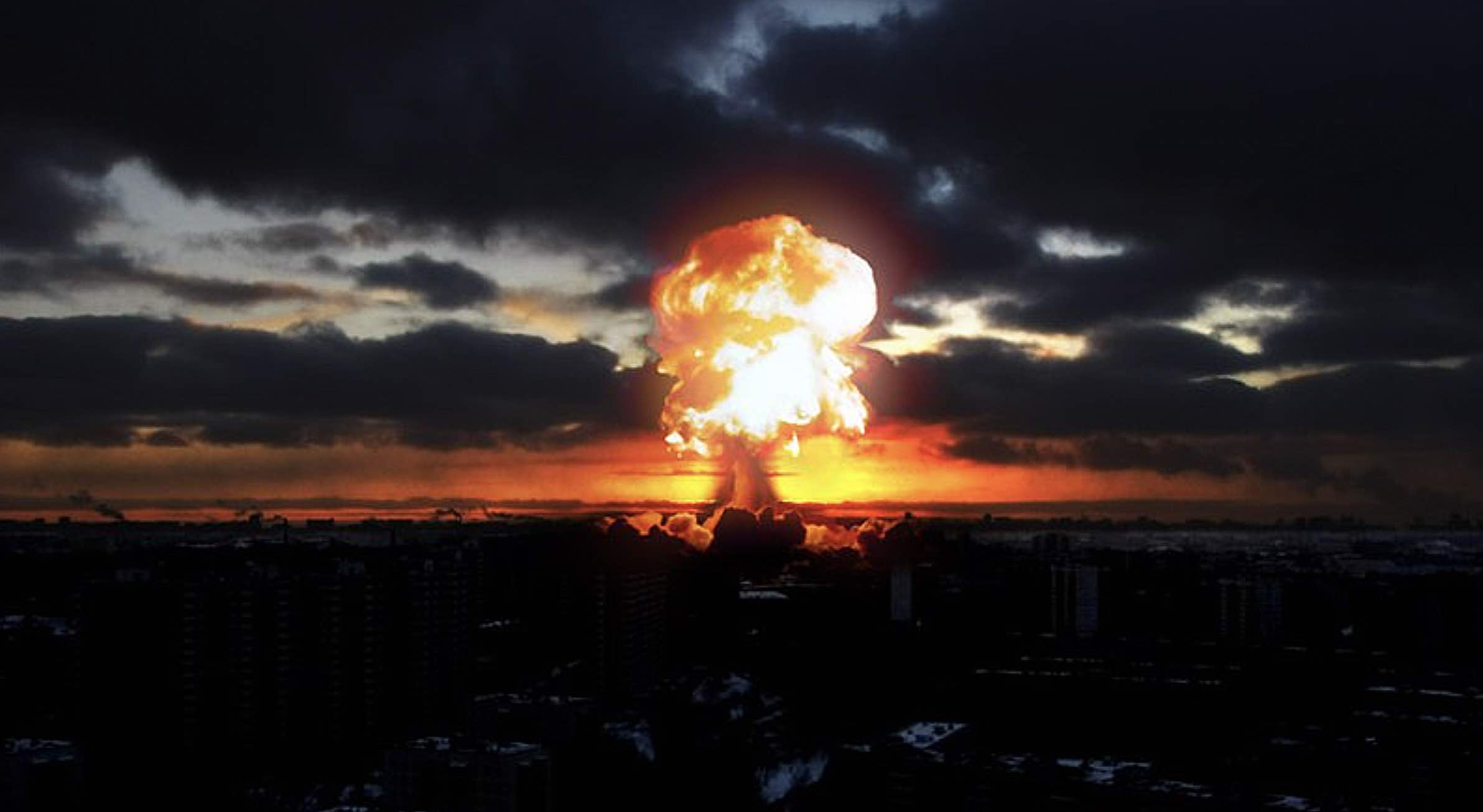 Let It Be… An Intelligent Signal

Russian President Vladimir Putin said this month that he is not bluffing about using nuclear weapons in Ukraine. As an astronomer, an immediate question came to my mind: If Putin were to follow on this threat and explode a tactical nuclear bomb, how far away from Earth would the flash of light be visible to a space telescope of an extraterrestrial civilization?

Frankly, I am worried that extraterrestrials will downgrade our intelligence if they realize that we are on the path to self-destruction. My response to the war in Ukraine resembles the reaction of a kid to a loud argument among his parents at home. It reflects the fear of what our cosmic neighbors might think if they notice the violence on our home planet.

A tactical nuclear weapon would release an amount of energy equivalent to about ten thousand tons of TNT. The flash of light from its fireball will be visible to a Webb-like telescope out to a distance of ten thousand times the Earth-Sun separation. Although this sounds like a large distance, it is still within the Oort cloud of the Solar system and only five percent of the distance to the closest habitable exo-planet, Proxima Centauri b.  If they exist, Proxima b astronomers will need a telescope that is at least twenty times bigger than the Webb telescope in order to notice Putin’s nuclear move. Such a space telescope would have to be a hundred meters in diameter, a few times larger than the next generation of extremely large telescopes which are currently being planned on Earth.

But even if they had developed huge space telescopes, they might not notice Putin’s flare in the background of other natural flashes from the Earth’s atmosphere. A tactical nuclear weapon would produce as much light as the fireball of the meter-size interstellar meteor IM2 detected in March 2017. Such impacts occur once per decade and so extraterrestrial astronomers will only raise their eyebrows, assuming they have any, if President Biden or other leaders will respond with more nuclear explosions.

In that vein, the appearance of multiple faint flashes within a few days to months could flag a nuclear war on a habitable exo-planet. Their detection would signal a technological civilization that is not intelligent enough to avoid a global self-inflicted catastrophe. It is the trademark of the unintelligent student in the class of technological civilizations, who triggers annihilation as a result of temporary frustration from unrealistic expectations.

In the global scheme of the Universe, “survival of the fittest” favors the technological civilizations which avoid nuclear conflicts.  A common occurrence of extraterrestrial nuclear wars could be the answer to Enrico Fermi’s question: “Where is everybody?”

But there is another lesson to be learned from the above calculation. The faintness of a nuclear war to distant astronomers demonstrates how insignificant human-made technologies are in the grand stage of the cosmos. Even though a few percent of the world’s Gross Domestic Product (GDP) is spent on the military, our most aggressive nuclear conflicts would be barely noticeable from interstellar space. It is truly challenging to detect the subtle imprint of our current level of technology on our natural environment.

However, interstellar space offers another opportunity for discovery. Over the past half century, NASA launched five probes that carry the trademark of our scientific intelligence to interstellar space. If any of these probes collide with a habitable exo-planet within billions of years and if scientists on that planet will be curious enough to study the resulting meteors, then these packages will be received as signals of our technological intelligence. The technological origin of such meteors could be signaled by their unusual composition, as implied by the unusual material strength of the first two interstellar meteors, IM1 and IM2. The bright fireballs generated from the impact of our interstellar probes on the atmosphere of habitable exoplanets would be better ambassadors of our intelligence than the faint flashes of nuclear explosions on our own planet.

Coincidentally, the terminal speed of our interstellar probes is similar to the random speed of stars in the vicinity of the Sun. Therefore, chemical rockets are gravitationally confined to the Milky Way disk, just like the stars.

Could UAP Have Kinship to Our AI Systems?

Given the detection rate of interstellar meteors on a planet, the inferred abundance of interstellar probes depends on whether they are targeted. For example, the number of probes implied by the impact rate of CubeSat-size meteors like IM1 and IM2, is reduced by 16 orders of magnitude if these were programmed to target the habitable region of the Solar system, as I showed in a recent paper with my student Carson Ezell. With that in mind, the Galileo Project aims to search agnostically for interstellar objects of technological origin.

With World War II in our mind, here’s hoping that we will never again signal our self-destructive tendencies to interstellar space in the form of nuclear flashes, but rather in the form of interstellar probes or a peaceful vibe in our radio and television transmissions. Let it be an intelligent signal.

In the words of the Beatles: “… And when the brokenhearted people living in the world agree, There will be an answer, let it be.”