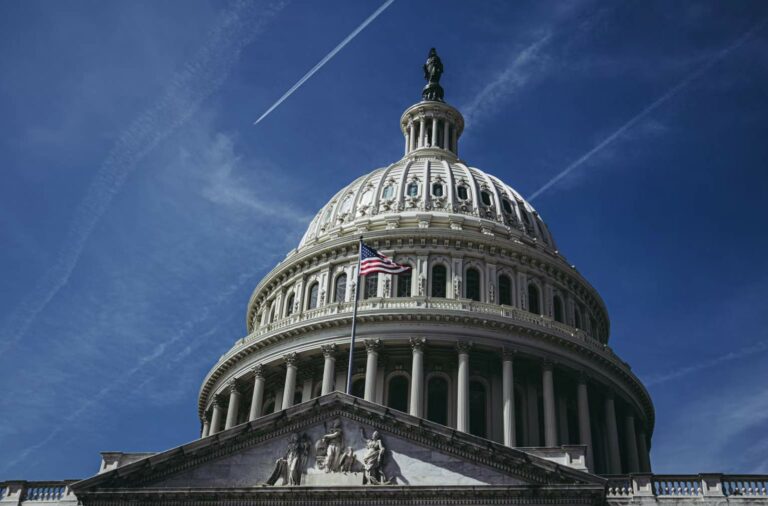 A leading scientific group engaged in the study of unidentified aerial phenomena (UAP) is urging members of Congress to approach military witnesses with a number of specific questions during a House Panel on the subject, which will convene on Tuesday.

The Scientific Coalition for UAP Studies (SCU) presented the series of questions in a recent briefing document it sent to the U.S. Subcommittee on Counterterrorism, Counterintelligence, and Counterproliferation of the House Permanent Select Committee on Intelligence, which will oversee the hearings.

The House Panel will likely focus primarily on the Pentagon’s new Airborne Object Identification Management and Synchronization Group (AOIMSG), according to details recently provided to The Debrief from the office of Rep. Adam Schiff (D-CA).

Outlining a number of key scientific and technical issues related to the collection of information about UAP, SCU is recommending that House Panel members address these with Under Secretary of Defense for Intelligence & Security Ronald S. Moultrie and Deputy Director of Naval Intelligence Scott W. Bray, who will appear as witnesses during Tuesday’s hearing.

SCU executive board member Richard Hoffman said Representative Andre Carson (D-IN), who spearheaded the effort, is to be “commended for treating the UAP issue with the seriousness it deserves,” although adding that “any hearing on UAP must include piercing questions for the hearing’s participants to answer.”

Among the questions SCU has put forward, the organization has urged members of Congress to ask Moultrie and Bray about whether the Department of Defense plans to disclose information to the public on both aerial mysteries that it has obtained, as well as behavior purportedly associated with UAP that includes their movement through water.

“SCU defines the term UAP to include transmedium phenomena that traverse the air, space, and or water,” a portion of the SCU document reads, “because historical observations contain all three domains.”

The document further notes the alleged existence of “geospatial and radar/space-based surveillance platforms,” said to convey the paths UAP have followed as they move into and out of Earth’s atmosphere.

“Will the Department of Defense release information on this transmedium behavior to the public? What are the tools that DoD uses to detect signatures of transmedium travel? What are the organizations that administer executive agency over the use of these tools? Are the heads of these agencies being called to testify?” the document asks.

Other questions proposed by SCU members include “reports and data to help all scientists better understand the phenomena,” with additional questions oriented toward learning whether Congress is prepared to enact relevant legislation to help bring this about, as well as to limit unnecessary secrecy on part of U.S. government agencies that are investigating the problem.

“Does Congress need to enact legislation to ensure that non-disclosure agreements unrelated to classification systems are not restricting scientific access to UAP data in violation of Presidential Executive Orders 13556, 13526, and 12829?” the document asks.

Other topics the organization is asking Congress to address during Tuesday’s hearings include a widely publicized 2004 incident involving the U.S. Navy’s Carrier Strike Group 11(CSG-11), at which time one of three known U.S. Navy videos depicting UAP was obtained. The footage was captured by Chad Underwood, at the time a weapons systems officer with Strike Fighter Squadron 41 (VFA-41), the “Black Aces”, which was participating in training exercises with CSG-11 at the time.

Detailed Analysis of the Government’s Report on Unidentified Aerial Phenomena

SCU has also advised that issues related to radiation in association with UAP be addressed by Tuesday’s House Panel, and several other issues related to science and how it can be applied toward these phenomena.

The SCU describes itself as “a fact-driven organization of scientists, academics, and research professionals dedicated to exploring anomalous phenomena known around the world as UAPs,” with its membership drawing from scientists and other professionals in a variety of disciplines. Within weeks of the hearings, the group will hold its 2022 SCU Anomalous Aerospace Phenomena Conference this June in Huntsville, Alabama, with attendance open to the general public.

The organization says it welcomes and encourages “the first Congressional hearing on this subject in more than 50 years.”

“It is time for the public to learn more about these anomalous events, and it is our great hope the hearing tomorrow will be the first of many,” Hoffman says.

The entire series of questions featured in the SCU’s briefing document it recently sent to Congress can be found on its website.

Disclaimer: The author is also a contributing member of the Scientific Coalition for UAP Studies, the group described in this article.