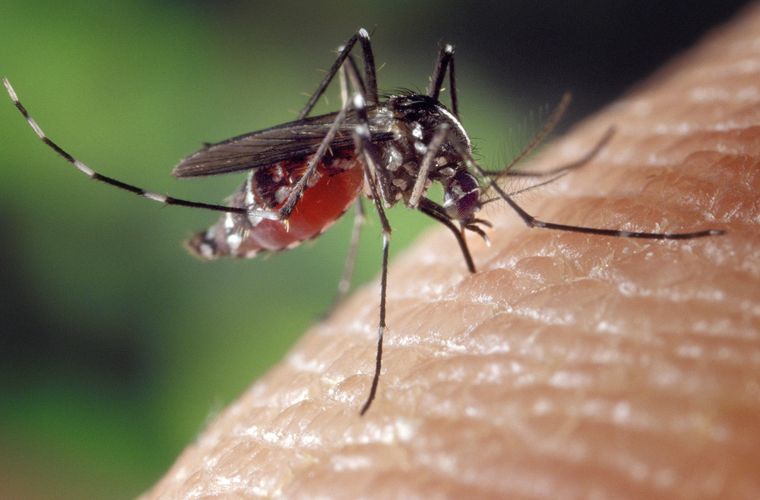 A new study shows that mosquitos are attracted to certain colors, increasing mosquito bites for those who wear these colors (PC Pixabay.com)

It’s a simple fact that no one is a fan of mosquitoes. Their itchy bites can range from annoying to painful, even leaving scars in some instances. When summer rolls around, most individuals are prepared to deal with the flying pests, using sprays or candles for protection. But this may not be enough to keep the mosquitoes at bay, as new research from the University of Washington suggests that mosquitoes are also attracted to certain colors and smells, prompting people to take extra precautions with their wardrobes to avoid mosquito bites.

Background: The Bite is Way Worse than the Bark

Mosquitoes tend to breed in standing water, such as birdbaths, pools, ponds, flooded sidewalks or gutters, and marshes. This, in turn, drives them to live in areas populated by humans. The relationship between humans and mosquitoes is a hostile one, as mosquitoes feed on the humans and the humans do their best to kill them. Interestingly, it is only the female mosquitoes that bite humans. Their saliva contains a protein that most people are allergic to, causing the itching sensation.

In order to understand what drives the mosquito’s biting habits, researchers from the University of Washington studied how mosquitoes smell and see objects.  In their experiments, later published in Nature Communications, the team looked at the hunting behavior of female yellow fever mosquitoes (Aedes aegypti). The mosquitoes went through a series of different tests, where certain odors were linked with different objects.

According to the University of Washington Professor Jeffrey Riffell: “Mosquitoes appear to use odors to help them distinguish what is nearby, like a host to bite.” Mosquitoes can smell CO2, the air we exhale, so the researchers used this gas in their experiment. “When they smell specific compounds, like CO2 from our breath, that scent stimulates the eyes to scan for specific colors and other visual patterns, which are associated with a potential host, and head to them,” Riffell added.  In the experiment, when the CO2 was sprayed, the mosquitoes few toward dots that were colored red, orange, black, or pink, and would ignore the dots colored green, blue, or purple. In further tests, where mutant mosquitoes had genes that would not allow them to smell, they showed no color preference. The results from the study suggested that the mosquitoes found warmer colors more appealing than cooler colors.

Knowing this is important, as it can help companies develop better mosquito repellants, but also decrease the number of diseases spread via mosquitoes. “One of the most common questions I’m asked is ‘’what can I do to stop mosquitoes from biting me?’” Riffell explained. “I used to say there are three major cues that attract mosquitoes: your breath, your sweat, and the temperature of your skin. In this study, we found a fourth cue: the color red, which can not only be found in your clothes but is also found in everyone’s skin. The shade of your skin doesn’t matter, we are all giving off a strong red signature. Filtering out those attractive colors in our skin, or wearing clothes that avoid those colors, could be another way to prevent mosquito bites.”