Planetary Defense: How to Protect Earth from Deadly Asteroid Impacts 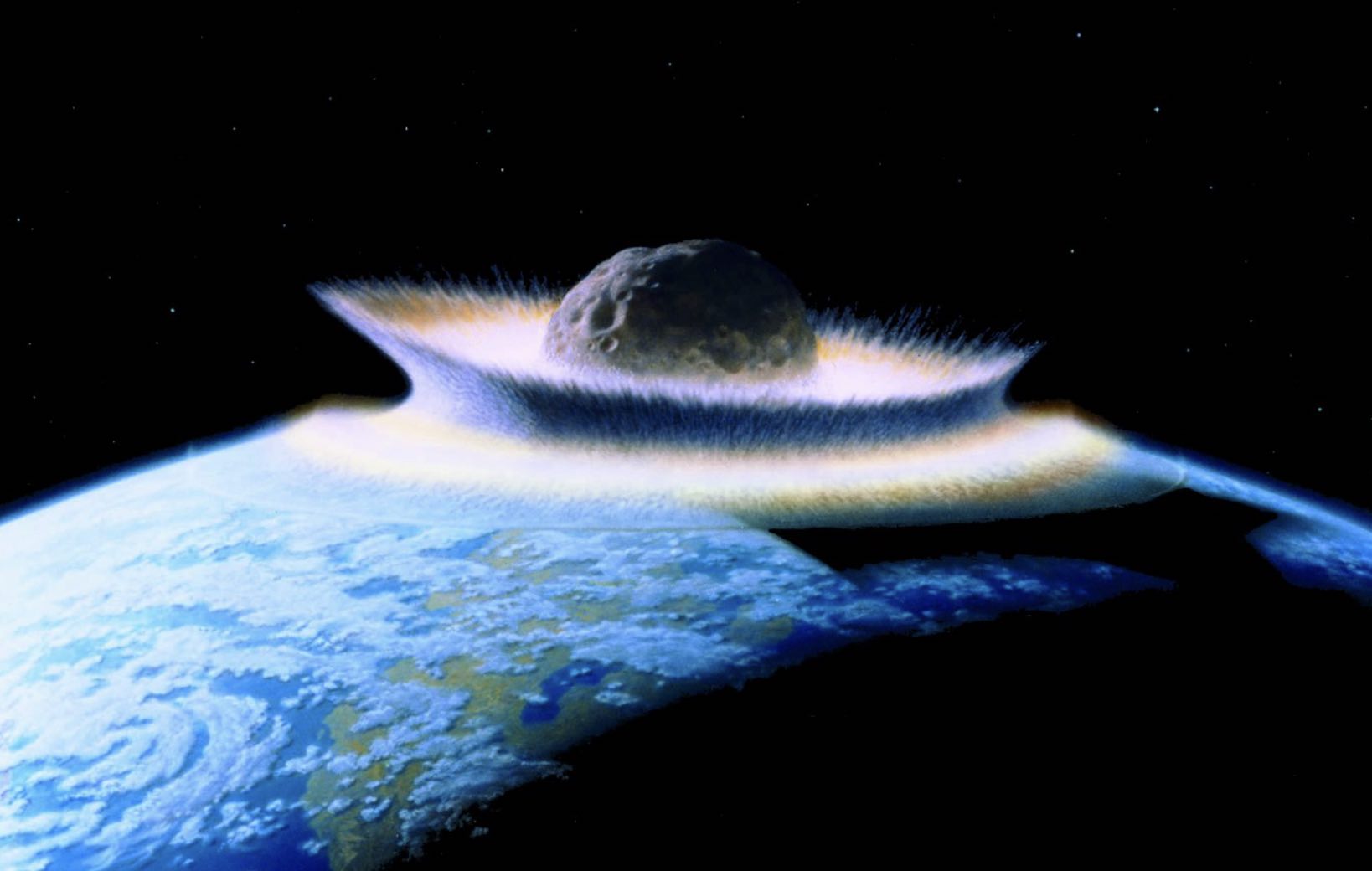 Welcome to this week’s installment of The Intelligence Brief… as we celebrate International Asteroid Day 2022, this week we’ll be taking a look at planetary defense against near-Earth objects (NEOs), and what NASA and others are doing to mitigate the threats of potential impacts. Items we’ll focus on include 1) why the next potentially deadly impact is only a matter of time, 2) how NASA defines and categorizes NEOs, and 3) what the space agency does to track and prepare for any potentially dangerous collisions with such objects.

When you have an asteroid threatening Earth, it’s uncertain where it’s going to hit until the last minute; the decision to take action has to be coordinated by the international community.

Before we get into this week’s analysis, a few of the stories we’ve been covering in recent days includes how global warming is causing irreversable extreme heat, meaning we must strengthen power grids and alter how we look at our cities, and our world. Elsewhere, a team of researchers are going in search of evidence of non-terrestrial objects of intelligent origin, which they say could turn up in a place many wouldn’t expect: images of the sky that predate the dawn of the Space Race. Also on the topic of unusual objects in our airspace, a recent Brazilian Senate hearing was organized to address the country’s history of military involvement with unidentified aerial phenomena.

Also be sure to check out The Debrief’s YouTube page, where on Friday Rebelliously Curious host Chrissy Newton will be joined by George Knapp and Colm Kelleher for a discussion about the Pentagon’s research efforts involving UAP and other unusual phenomena long reported in Utah’s Uintah Basin. You can also find a listing of all our latest stories at end of this installment of The Intelligence Brief.

And with that behind us, it’s time to wish everyone a happy International Asteroid Day by taking a look at what NASA and others are doing to prevent the next potentially deadly near-Earth object in our cosmic neighborhood from colliding with our planet.

The Next Deadly Impact: Just a Matter of Time?

The question of whether a potentially deadly asteroid will impact Earth isn’t a matter of “what if,” but instead a question of how long.

Throughout our planet’s history, Earth has been struck by an untold number of objects from space, many of them quite large. Among the largest, an asteroid impact that occurred 65 million years ago, wiped out three-quarters of the animal and plant life on Earth at that time, and created the massive Chicxulub Crater that exists today beneath Mexico’s Yucatán Peninsula. Geologists have determined that widespread fires enveloped much of the planet in the aftermath of the event, in addition to creating tsunamis and other deadly effects.

More recently, similar events much smaller in magnitude have been proposed as explanations for abrupt climate changes observed near the end of the last Ice Age approximately 12,850 years ago. However, the most devastating presumed asteroid impact in recorded history remains the Tunguska event of 1908, where it is believed that an asteroid roughly 60 meters in diameter exploded over remote Siberia.

A similar event today would be capable of leveling a major city, and planetary defense experts received a wake-up call in 2013 when a large asteroid careened through the skies over Chelyabinsk, Russia, exploding and causing damage to 7,200 buildings, as well as injuring close to 1,500 people. In the cases of asteroid air bursts like Tunguska and Chelyabinsk, a direct impact with Earth was not required to cause widespread damage, which is all the more reason why planetary defense experts are concerned about being able to detect near-Earth objects, and mitigate their potentially deadly effects.

Near-Earth Objects: Too Close for Comfort

According to the Planetary Society’s definition, a near-Earth object (NEO) is an asteroid or comet whose orbit around the Sun causes it to travel close to Earth.

Most space objects that approach Earth are either too small, or too distant to represent a serious concern. However, the combined factors of being larger than 140 meters and having an orbit that crosses that of Earth (that is, within a distance less than 1.3 times the distance from Earth to the Sun) is enough to cause concern, garnering them the designation of potentially hazardous objects (PHOs).

If a NEO’s orbit crosses the Earth’s orbit, and the object is larger than 140 meters across, it is considered a potentially hazardous object. Most known PHOs and NEOs are asteroids, but a small fraction are comets. In fact, there remains some debate over whether the object that exploded over Tunguska in 1908 was a stony asteroid or a comet.

Keeping an Eye on Near-Earth Objects

Presently, NASA’s Center for Near-Earth Object Studies is managed by the Jet Propulsion Lab in Pasadena, California. Fortunately, the majority of NEOs that they watch aren’t of any significant concern, although the occasional PHOs that do warrant attention due to their close range are monitored closely. Constant improvements are also being implemented in terms of finding new strategies that improve the likelihood of their detection.

“Scientists and engineers are developing plans for warning systems and diversion tactics,” reads a statement at the JPL website, “just in case an asteroid should ever be found in an orbit that could endanger our planet.”

One outgrowth of this has been the Sentry impact monitoring system developed by NASA’s Center for Near-Earth Object Studies, which is currently equipped to “analyze the full range of possible orbits for each NEO, searching for potential Earth close approaches over the next 100 years,” in addition to calculating the impact probability in each case. 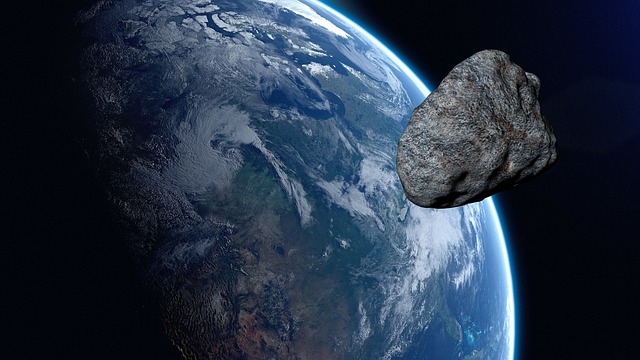 Determining impact hazard probability and assessments relies on another system, called Scout, which examines the unconfirmed potential hazards that are close enough to Earth that they can be detected due to their brightness. Upon detection, these objects are listed on the Minor Planet Center’s NEO Confirmation Page (NEOCP), and are monitored for periods that allow researchers to develop the likelihood of impact risk from such objects.

“Once an object is confirmed, it is removed from the NEOCP,” reads a statement at the Center for Near-Earth Object Studies website, “and the monitoring of its Earth impact risk switches over to Sentry.”

Altogether, NASA and other agencies that monitor our skies have come a long way since the Tunguska blast of 1908, although events like Chelyabinsk in 2013 remind us that occasionally objects that may pose a hazard can still surprise us. Our ability to limit the number of those surprises in the future is constantly improving, so much that now, the likelihood of there being any significant threats to life on Earth from asteroids or comets in the near future is almost non-existent.

Nonetheless, for those interested in knowing for themselves when the next NEOs will be passing by our planet, you can keep up-to-speed on all the next nearest approaches at JPL’s Next Five Asteroid Approaches page.