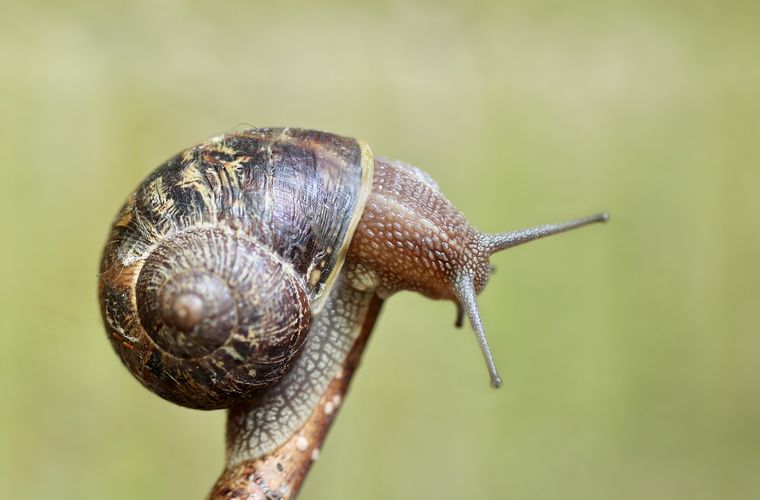 Our Next Pain Killers Could Come from Cone Snails

Cone snails not only add interesting dynamics to the ocean ecosystem but have been a popular subject of scientific study in recent years, especially in medicine. Previous research has shown that the venom of these snails can produce medicinal compounds to help treat diabetes or chronic pain.

But these snails may become even more important in drug development, as research from the University of Utah has revealed that snail venom is very similar to somatostatin, which has been used by pharmaceutical companies for years to help develop important drugs.

Somatostatin is considered a growth-inhibiting hormone. It works on proteins, specifically in the endocrine system. Because it inhibits functions, specifically, signals of pain and inflammation, many experts have seen it as a contributor to pain relief. “So, it’s this hormone that has many, many different functions in the human body,” explained adjunct assistant professor at the University of Utah, Helena Safavi-Hemami.  “But it’s always blocking something. And because of that, it has been an interesting hormone for drug development for some time.”

The researchers at the University of Utah, examined the venom of the Conus rolani snail, after observing the venom of this snail causing mice to act sluggish. This seemed strange, as other venoms of other cone snails worked immediately, while this one lagged. From their analysis, the team found a protein within the snail called Consomatin Ro1. The protein seemed to act like an analog of somatostatin, and the researchers wanted to understand why.

Analysis: The Cone Snail and its Biological Weapons

“Somehow cone snails take some of their hormones and turn them into weapons,” explained Safavi. The researchers believed that, because of the effects of the venom, the core snail used it as a way to trap its prey. In observing how the snail uses its venom, the researchers found that the snail would wait, sometimes up to three hours, to eat its prey after injecting it. “If you don’t catch the prey immediately, you have the advantage of just waiting until the prey can no longer move,” Safavi added. “That’s particularly important if the prey fights back,” Because these snails prey on fish that may move faster or fight back, having a numbing venom can give the snails an advantage, and reveals the evolutionary adaptations these creatures have undergone.

Outlook: A Venom in Medicine?

As somatostatin is used highly in drug development, the researchers wondered if the snail venom analog could also be used in creating new pain relievers. From their study, they found the Consomatin Ro1 protein to be stable, small, and efficient in binding to receptors, making it an ideal compound for a future drug. The researchers were hopeful their study inspires others to turn to nature for new drug ideas. “We can spend a lot of time trying to design good hormone drugs,” Safavi added. “Or, we could try to look at nature more often. I think if we did the latter, we might be more successful or we might be faster in our drug development efforts.”