When Radiation Meets Metal: The Complicated Science of Material Failure 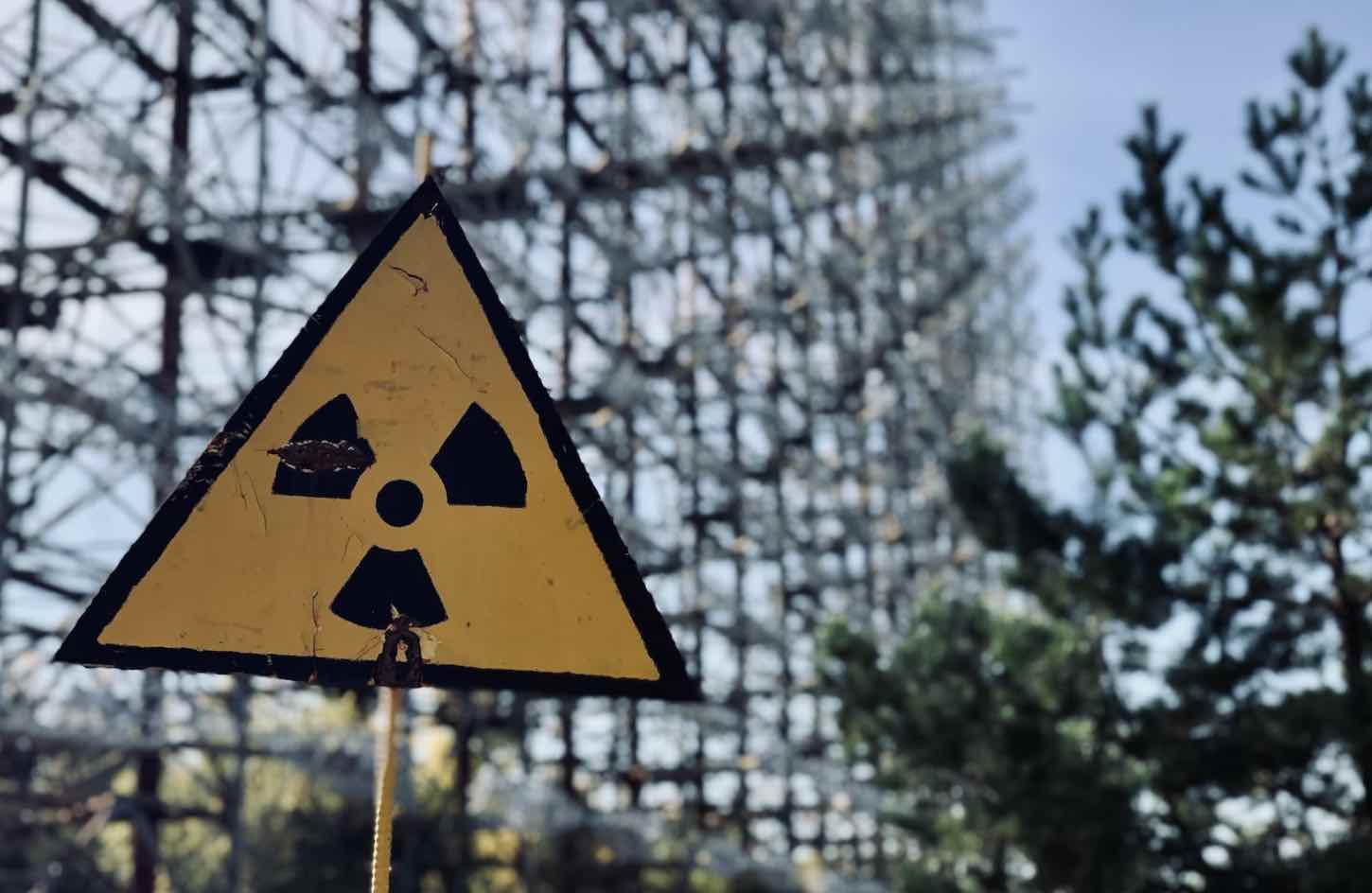 Welcome to this week’s installment of The Intelligence Brief… items in our queue this week include how a team of researchers at Sandia labs have recently undertaken studies of what causes metal and other materials to fail in extreme environments. Hence, we’ll be looking at 1) one of history’s most tragic examples of infrastructure failure, 2) how researchers are unraveling the mystery of material failure on the microscopic level, and 3) why computer modeling of how radiation affects atoms is so expensive.

A physicist is an atom’s way of knowing about atoms.

First, a few of the stories we’ve been covering in recent days at The Debrief include a first-of-its-kind air-breathing missile that has been selected by the United States Air Force to be the latest addition to its growing hypersonic arsenal, as well as how the U.S. Intelligence Community’s high-risk/high-payoff brain trust, IARPA, recently put out the word that it wants to better explore “cyberpsychological warfare.” Meanwhile, life on Earthlike planets could be more likely than one popular argument supposes, according to a theory outlined in a recent science paper.

Over on our YouTube channel, in video news, Chrissy Newton caught up with Vanessa Keith, principal at the award-winning design firm Studioteka, and discussed Keith’s book, 2100: A Dystopian Utopia—The City After Climate Change, which examines case studies of 14 cities around the world in the year 2100, employing emerging tech and innovative techniques designed to tackle the climate crisis. As always, you can find all of our video reporting over on our YouTube Channel, and a complete listing of all our recent stories will be included at the end of this newsletter.

But now, its time to turn our sights on what scientists at Sandia laboratories are seeing under their microscopes, and how what they are learning could help prevent massive infrastructure disasters in the years ahead.

When Tragedy Strikes: The Little Things that Kill

As Ohio and West Virginia residents made their way home amidst rush-hour traffic on December 15, 1967, tragedy struck as the Silver Bridge, an eyebar-chain suspension bridge connecting the towns of Gallipolis and Point Pleasant, collapsed into the Ohio River.

As experts worked in the aftermath to determine the cause, engineers were able to narrow the source of the collapse down to a tiny defect buried 2.5mm within a single eyebar in one of the bridge’s suspension chains. The result, once the bridge was placed under extreme weight from traffic, was exponentially greater in magnitude. Altogether, 46 were killed in the incident, which remains one of the most tragic infrastructure failures in modern American history.

Assessing the potential for structural failure and how to mitigate it is a vital component in all areas of construction. From infrastructures like bridges and buildings to power facilities, aircraft, and technologies for future space missions, engineers recognize that sometimes failure begins on the atomic scale, involving microscopic processes that remain mysterious.

Now, a team of scientists at Sandia National Laboratory thinks they are moving closer toward understanding how catastrophic failures can be prevented. Much like investigations in the 1960s revealed that the origins of the deadly collapse of the Silver Bridge stemmed from an otherwise minuscule flaw in a single component, the team is analyzing damage that occurs in metals and other materials as it initially occurs, right down to the atomic and nanoscale levels.

Material Failure on the Nanoscale

Within a specialized microscope, researchers at Sandia labs have been observing the results of bombarding a tiny, microscopic fragment of platinum with ions. Their objective is to learn about how materials begin to fail within extreme environments and the underlying cause of this process.

Sandia Brad Boyce, a materials scientist at Sandia labs, says the evidence that the materials in our environment really aren’t as stable as they might seem is all around us, particularly in instances where objects may suddenly break.

“And that’s the evidence that these things aren’t really stable at all,” Boyce recently said in a statement. “The reality is many of the materials around us are unstable.”

Boyd and his research team recently published their findings, which involve the results of their studies of the degradation of metals. Based on their study, they hope that engineers may be better equipped to predict when materials could be compromised and improve their performance going forward, especially in environments where they are exposed to high-yield radiation.

“If we can understand these mechanisms and make sure that future materials are, basically, adapted to minimize these degradation pathways, then perhaps we can get more life out of the materials that we rely on,” Boyce recently said in a statement, adding that understanding these dynamics could also help provide potentially vital information about the failure of such materials beforehand.

The Microscopic World of Metals

Understanding the underlying reasons for failure in various kinds of metals requires knowledge of what, precisely, metals are and what they are made of. On the microscopic level, a closer look at metals reveals that they are actually composed of tiny crystals, whose size helps determine the strength and density of the metal in question. In essence, the smaller the crystals are, the stronger the metallic materials they constitute will end up being.

Based on such observations, scientists have succeeded in improving the overall strength of some metals with the help of modern nanoengineering technologies, capable of producing incredibly small nanocrystals that result in proportionally stronger metals.

According to Boyce, a metal like copper can be processed in this way, where its crystalline structure becomes so refined that “it can become as strong as some steels.”

Understanding the nature of the crystalline structure of metals is key to knowing why radiation can be so damaging. Based on computer simulations observed at Sandia labs, when radiation strikes a metallic substance, it smashes into these crystals, permanently altering their structure. This can have a severe weakening effect on the integrity of metals.

Now, Boyce and the Sandia team are working on developing ways to prevent microscopic changes to metals that result from exposure to radiation. With the use of a specialized electron microscope that has been undergoing modifications and improvements now for more than a decade, the team has been able to experiment with a wide range of elements that are exposed to everything from extreme cold to intense heat, as well as radiation in many forms, and a variety of “chemical and electrical environments.”

Within such uniquely controlled environments, the Sandia team has been able to observe the degradation of metals in various environmental conditions under the microscope, allowing them to see what processes unfold down to the atomic level.

However, working with materials under such conditions on the microscopic level is far from easy.

The Future of NASA: Innovation, Exploration, and the Unknown

“We’re starting from a specimen that’s maybe three millimeters in diameter when they stick it into the electron microscope,” said Sandia scientist Doug Medlin in a statement. “And then we’re zooming down to dimensions that are just a few atoms wide.”

“How do you go and find things before and after the experiment?” Medlin asks. “And then, how do you make sense of those atomistic arrangements in a meaningful way?”

As the team proceeds with its studies, one of the ways they are improving their understanding of the processes at work down to the nanoscale is using computer simulations to help narrow down the primary factors, which are then translated into mathematical models based on the imagery collected during observations occurring under the microscope. However, the team notes that even producing computer simulations of damage at the atomic scale, like actual experiments involving real-world materials, can be costly.

While typical computer modeling can simulate up to 0.5 dpa in terms of the kind of damage the Sandia team is observing, the lab’s specialized computers can simulate at least 10 times that number. This is beneficial since even with the aid of computer modeling, understanding all the factors involved in the ways that metals degrade under intense conditions is not only costly but time-consuming.

But understanding such factors may not only help to ensure the success of future technologies in engineering, aerospace, and a range of other fields: it could also save lives by helping to prevent future tragedies resulting from infrastructure failure.