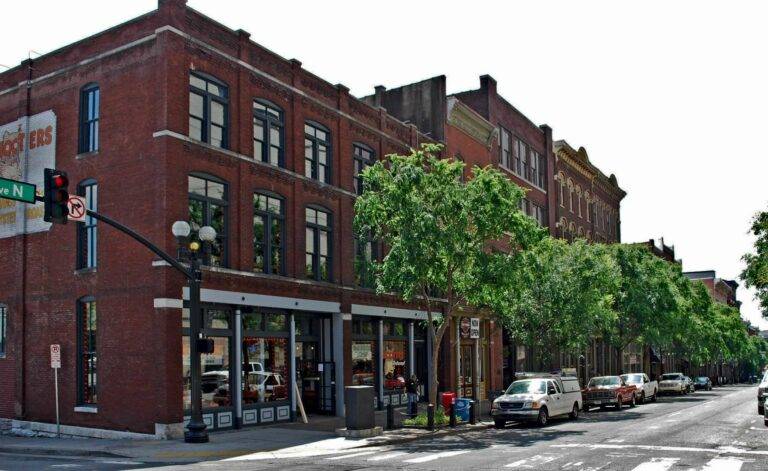 Year in Review: The Nashville Bombing, and UFOs in 2020

Welcome to this week’s Intelligence Brief newsletter. A few of the items in our queue for this installment are: 1) New details (and a few odd ones) about the Christmas Day Nashville Bombing, 2) UFO developments related to the military in 2020, and 3) COVID stimulus checks, and their recipients (including those no longer among the living). Let’s dive in.

Christmas morning in Nashville, Tennessee was filled with more than the sounds of carols this year, as an explosion rocked the downtown district. The blast occurred at approximately 6:30 AM Central Time, emanating from a recreational vehicle parked on 2nd Avenue North.

The bombing suspect, who died in the blast, has been identified by the Metropolitan Nashville Police Department as 63-year-old Anthony Warner. Since the Christmas morning incident, it has come to light that Pamela Perry, whose attorneys have stated was Warner’s girlfriend, had previously warned police last year that he had been making bombs in his RV. Perry’s attorney has said his client had made “suicidal threats to [Warner]” over the telephone. Authorities visiting Perry’s residence found unloaded weapons nearby, according to CNN.

Warner, described as a loner by one of his neighbors, had apparently rigged his RV to broadcast a robotic female voice alerting those nearby that it would soon detonate. Police were therefore able to evacuate most buildings in the immediate vicinity, and although there were no casualties, three people were injured, and more than 40 businesses were damaged or affected.  The extent of the damage—and casualties—would almost certainly have been far worse if Warner had not implemented this warning system prior to the explosion.

The fact that Warner chose to alert potential victims ahead of the blast is unusual, and while this obviously raises questions about the bomber’s state of mind and intentions, it may be best to refrain from speculation on that point. However, this was far from being the only unusual thing about Warner authorities have learned since the Christmas incident. NBC reported on Wednesday that authorities are investigating Warner’s apparent beliefs pertaining to “an internet conspiracy that powerful politicians and Hollywood figures are actually lizards or other reptiles who have extraterrestrial origins and are taking over society.”

This appears to refer to an idea which was popularized in the late 1990s and early 2000s after the publication of The Biggest Secret, a book by British conspiracy theorist David Icke who proposed that reptilian humanoids capable of disguising themselves as humans via shapeshifting were masquerading as people in positions of world leadership. Icke went so far as to flesh out the origins of these purported reptilians, which he said came from the Alpha Draconis star system. Although some of these purported reptilian aliens walked among us, he said, the majority of them lived in underground bases.

Icke’s bizarre conspiracy theories appear to have borrowed from existing tropes from within UFO subculture, which include the so called “Shave Mystery” stories of the late 1940s. Roughly coinciding with the earliest purported sightings of flying saucers in 1947, Amazing Stories magazine began to publish cleaned up rewrites of a series of long, rambling letters retrieved from the publication’s slush pile by editor Ray Palmer. The stories (actually claiming to be true stories) were written by Richard Sharp Shaver, a Detroit auto industry worker who claimed to have been imprisoned for a time by a group of “detrimental robots”, aptly named Deros, in their underground facilities. Palmer would soon begin to associate Shaver’s claims of evil robots deep below the surface world with the ongoing reports of flying saucers seen throughout the United States at that time.

NBC reports that authorities are currently looking into Warner’s recurring visits to a wilderness area in Tennessee, where the bombing suspect reportedly went to “hunt possible aliens.” Although authorities said Warner had not previously been a person of interest to law enforcement, his criminal record did show that he was arrested once in 1978 for marijuana possession.

UFOs and the DOD

2020 was a significant year as far as developments related to the UFO subject. Among the notable events of the last twelve months, we have seen a former CIA director speak out on the UFO subject, as well as the authorized release of three Navy videos showing objects which the Department of Defense categorizes as “unidentified.”

Within the last few months, we also saw the Pentagon’s establishment of the Unidentified Aerial Phenomena Task Force (UAPTF) under the Department of the Navy. The task force recently received the green light to produce a 180-page unclassified report for the Senate Intelligence Committee, following this week’s passing of the FY 2021 Intelligence Authorization Act.

The Debrief has also reported in recent weeks on developments related to the ongoing efforts by the Pentagon to understand what UFOs might represent. Among the range of possibilities are incursions into U.S. airspace by technologies developed by U.S. adversaries like China or Russia, the latter of which appears to have had little to say on the subject in recent years.

The United States has not been the only country in 2020 that has upgraded its efforts toward collecting and analyzing possible UFO reports by members of its military. Earlier in 2020, Japan also released new protocols for defense personnel who observe unusual aerial phenomena, though Japan’s Defense Ministry stated that the new guidelines had been issued partly “due to an increase in the use of drones and other objects that fly differently from conventional airplanes.”

With the passing of the Intelligence Authorization Act, it now appears that within 180s we can expect to see some kind of result from the DoN’s UAP Task Force; what that might entail is anyone’s guess, but it stands to reason that the year to come may be at least as interesting—if not more so—than 2020 has been regarding the government’s ongoing UFO assessments.

COVID-19 Relief for the Nonliving

Congress remains at a stalemate with the current COVID-19 relief bill, with Senate Majority Leader Mitch McConnell halting efforts to raise the amount of relief checks from $600 to $2,000. In a statement on Wednesday, McConnell said he would not allow the Senate “to be bullied into rushing out more borrowed money into the hands of Democrats’ rich friends who don’t need the help.”

It remains to be seen when American who are in need of the aid may receive it, although presently $600 payments have been authorized, some of which were being issued by direct deposit as early as Tuesday night.

However, among those who might be receiving monetary aid are an unexpected demographic: deceased Americans. In fact, it wouldn’t be the first time this will have occurred, as stimulus checks were apparently also issued to more than a few deceased individuals during the first round of COVID-19 relief checks issued earlier this year: more than one million nonliving persons, to be exact.

“More than 1 million decedents had gotten a check by the end of April, worth a collective $1.4 billion,” CNBC reported on Wednesday, based on figures from the Government Accountability Office. The issuance of money to hundreds of thousands of deceased individuals resulted in widespread confusion, as surviving family members defended their receipt of the relief funds, while the Internal Revenue Service attempted to reclaim it.

These are indeed strange times, as the saying goes… and that’s an understatement as far as 2020 is concerned. As this will be the final Intelligence Brief for 2020, here’s wishing you all a happy New Year, and don’t forget to subscribe and get email updates from us here, and read past editions of The Intelligence Brief at our website.