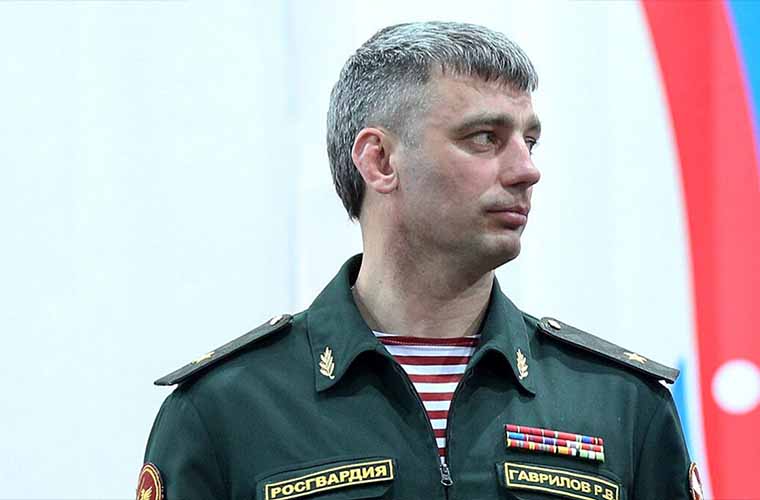 As Moscow continues to face fierce resistance in the third week of its invasion of Ukraine, Russia has reportedly fired, maybe retired, or possibly arrested one of its top Generals.

According to multiple Russia-state media outlets, on March 17, General Roman Gavrilov was no longer serving as Deputy Commander of Rosgvardiya -the Russian National Guard. The details surrounding Gavrilov’s sudden departure at the height of fighting in Ukraine aren’t entirely clear.

Most Russian media outlets reported Gavrilov had submitted his resignation “due to seniority.” This ambiguously suggests the second-highest-ranking official in Rosgvardiya had decided to retire while Russia was in the middle of fighting its largest war since World War II.

News that Gavrilov was in trouble was first reported by the award-winning lead investigative journalist for the news outlet Bellingcat Christo Grozev.

At around 4:00 pm (Moscow time), Grozev posted on Twitter that three independent sources had told him Gavrilov had been detailed by Russia’s federal security service: FSB.

“The reason for the detention is unclear: per one source he was detained by FSB’s military counter-intelligence department over “leaks of military info that led to loss of life”, while two others say it was “wasteful squandering of fuel”, ahem,” wrote Grozev.

Shortly after Grozev’s social media post, Chairman of the State Duma Committee on Information Policy, Alexander Khinshtein, posted on Telegram that reports that Gavrilov was detained were “totally untrue” and that he had just spoken with the General.

The only thing all sources seem to agree on is that Gavrilov is no longer Rosgvardiya’s Deputy Commander. A request by The Debrief to the Rosgvardiya’s press service for clarification went unanswered.

Because the internal military force doesn’t fall under the Ministry of Defense and only reports to the Russian President, some critics have accused the Rosgvardiya of being Putin’s private army for controlling civil strife.

Significant numbers of Rosgvardiya troops were used to spearhead Russia’s invasion of Ukraine. Consequently, in the face of an incredibly determined Ukrainian defense force, it is believed that Rosgvardiya has suffered significant casualties, now three weeks into the invasion.

According to Kommersant, Gavrilov took over as Deputy Commander Rosgvardiya in the summer of last year. Previously, Gavrilov headed the Main Directorate of Internal Security (GUSB) for Rosgvardiya, an oversight office for the National Guard. Gavrilov was reportedly known as a “cleaner” for having headed up investigations that led to more than ten key department chiefs and generals’ dismissal or arrest.

According to Rosgvardiya’s website, from 1997 to 2017, Gavrilov served as a federal security officer in the Presidential Regiment in charge of protecting presidents Boris Yeltsin, Dmitry Medvedev, and Vladimir Putin.

The removal or surprising “retirement” of Rosgvardiya’s Deputy Commander also comes two days after Putin gave a frenzied speech in which he condemned Russians who were unsupportive of the war effort as “traitors and scum.”