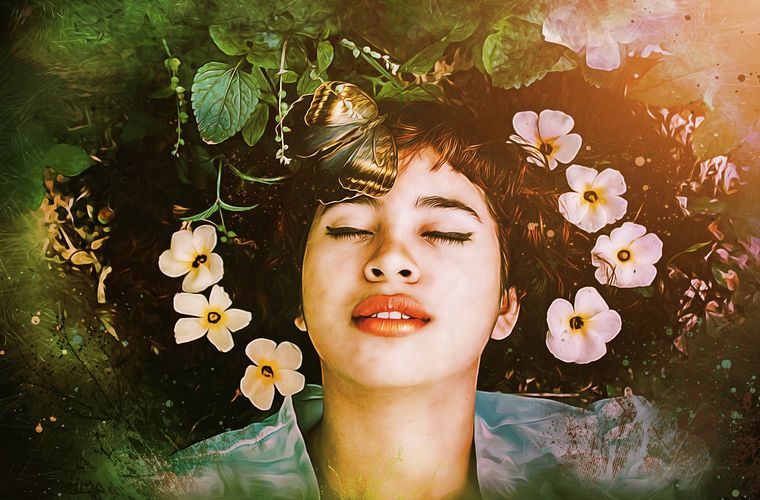 New research suggests that hearing noises in our dreams may be more common than expected. (PC Pixabay.com)

Hearing Noises During your Dreams Might be Normal, According to New Research

Hearing noises while we sleep is not uncommon. In fact, for many people living in busy cities or suburbs, having a quiet night to sleep through could be difficult.

While scientists have found that the brain tends to tone out unfamiliar noises during sleep, it may be producing noises of its own. Now, according to research from the University of California Los Angeles (UCLA), scientists are unraveling new clues about how the hearing centers in our brains remain very active while we’re sleeping.

To study the sleeping brain, scientists look at many different types of brain waves while a person rests. These include alpha waves, which are produced by your brain at times that include when you first wake up, or are warming up your muscles.

Scientists measure alpha waves by looking at the number of electronic cycles per second. Of the five brain waves the brain produces, the alpha waves fall in the middle of the spectrum, between 8-12 Hz. Alpha waves help an individual to relax and focus while also boosting creativity.

Similarly, beta waves also help boost mental activity and make a person feel more awake. They are slightly more frequent than alpha waves, with values between 13-38 Hz. By looking at both alpha and beta brain waves, the scientists at UCLA were able to figure out which parts of the brain were asleep and which parts weren’t.

“The neuronal orchestra is never shut from the environment when the person is deep asleep,” explained the director of UCLA’s Epilepsy Surgery Program, and a researcher of the study, Dr. Itzhak Fried. “The neurons are like musicians playing Mozart, each one with great fidelity and volume. Only the conductor, the one who monitors performance and leads expectations, is missing.” Fried and his collaborators examined the brains of epilepsy patients while they were sleeping, looking at over 700 neurons.

While observing alpha-beta brain waves of individuals while music was played as they slept, the scientists found that the auditory cortex was the most awake, most likely as a protection mechanism. “That’s probably why we’re still not conscious, although we are still processing the sensory information from the external world,” Fried says. “So, you’re not completely shut from the environment in that sense.”

While more research will be required, the initial results show that the awareness the auditory cortex maintains during sleep could explain why many individuals say they hear specific noises, or even what they perceive as voices during dreams.  According to one study, participants found that the most common noises heard in dreams were people talking, laughing, sighing, and music, leading researchers to conclude that noises in dreams may be more common than originally expected.

Although not everyone hears noises while they dream, studies like these show the ways that science is closing in on understanding why at least some of us do, and how that knowledge can be applied toward unlocking the remaining mysteries of sleep and dreaming.