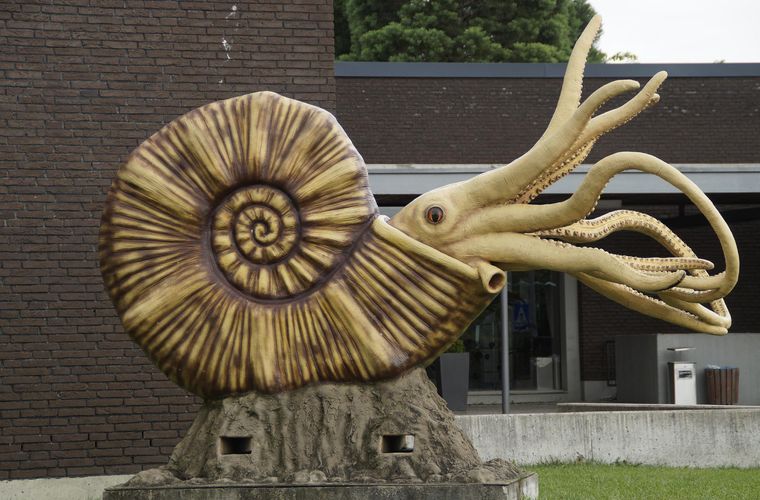 Using robotic ammonites, researchers from the University of Utah were able to learn more about how these ancient animals moved. (PC Pixabay.com)

Fossils have long provided scientists with a glimpse at the diversity of past lifeforms on planet Earth. However, not everything can be preserved in fossil form; often delicate features like hair or plumage do not fossilized, which forces scientists to use their imaginations when it comes to envisioning how these animals looked.

Even less information is known about how many ancient animals moved, so scientists have to guess based on fossil evidence. But this may soon change with help from the field of robotics. In a recent paper, researchers at the University of Utah have created robotic ammonites to help determine how these ancient creatures once moved.

Background: What are Ammonites?

Belonging to the Phylum Mollusca, these extinct marine invertebrates resemble a nautilus, complete with a spiral shell. Ammonites lived around 408-65 million years ago in Earth’s ancient seas, and because these creatures are related to cuttlefish, nautilus, octopus, and squid, their soft bodies did not fossilize well, leaving mainly their shells behind for scientists to study.

These shells have helped scientists date other fossils, as well as tell scientists the approximate locations of Earth’s ancient oceans. However, there are still mysteries surrounding these creatures, especially when it comes to how they moved and why their shells were such particular shapes.

To study ammonite movement, researchers at the University of Utah created robotic ammonites out of 3D-printed materials. The robots helped the researchers to better understand how the ammonites maneuvered through the water as well as the best shell shape for balanced movement. According to David Peterman, a postdoctoral Fellow at the University of Utah, “These results reiterate that there is no single optimum shell shape…My broader research goal is to provide a better understanding of these enigmatic animals, their ecosystem roles, and the evolutionary processes that shaped them.”

The researchers built three different robotic ammonites with designs based on nautilus shells and ammonite fossils. The three robots were tested in the water by doing laps. This helped the researchers see the pros and cons of each shell type. “Throughout their evolution, externally shelled cephalopods navigated their physical limitations by endlessly experimenting with variations on the shape of their coiled shells,” explained Peterman. This was illustrated in the differences in the fossils, as the spirals of the shells shifted into something similar to the ones we have today.

Outlook: Using Robots to Study the Past

While this study helped the researchers to better understand the evolutionary process behind ammonite movement and shell shape, it also illustrated the utility of using robotics to study the past. Robotics can help to bring fossils to life, allowing scientists to better understand the possible movements of these ancient animals. With other advanced technology like AI and virtual reality (VR), recreating the past will be easier than ever.

AI is already helping us to determine our ancient human roots, and with the help of virtual reality, we are closing in on recreating lifelike representations of extinct animals like mammoths in a virtual setting. In the years ahead, such advances may prove to be key assets for scientists in the years ahead, who will now have access to a clearer idea of how these extinct animals once thrived on our planet.