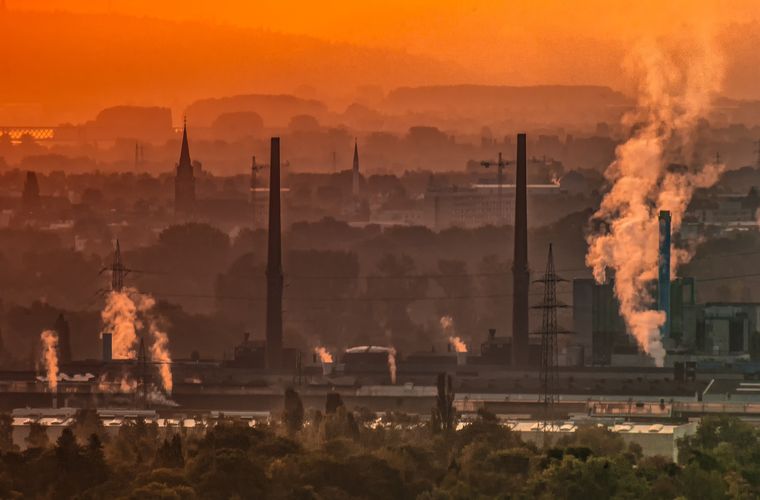 A new study reveals a significant link between those who live with higher levels of air pollution having a higher probability of a stroke. (PC Pixabay.com)

Air pollution is becoming more of a concern due to the various health problems it has been revealed to cause. While a high percentage of current air pollution is artificial, a significant percentage comes from natural events, such as wildfires.

Because climate change is driving more of these events to happen, experts predict that the amount of air pollution will only increase in the years to come, implying a dramatic shift in respiratory health for many individuals. Even the current rates of air pollution are causing problems, as a recent study from the Hospital del Mar Research Institute (IMIM) found a significant link between air pollution and rates of strokes.

Background What Makes Up Air Pollution?

There are many chemicals that make up pollution, but the most harmful ones include carbon monoxide (CO2) and nitrogen dioxide (NO2). In order to study how these molecules affect individuals, the researchers at IMIM studied NO2 and soot exposure specifically, looking at emissions of these chemicals via car traffic in Catalonia, Spain. The researchers took into account individuals who had had a stroke before the study and how close individuals lived to green spaces (which intrinsically have less air pollution).

From their analysis, the scientists found a correlation between levels of NO2 in the atmosphere and the risk of stroke. Their data showed that for each increase of 10 micrograms per cubic meter of NO2, the risk of a stroke increases by 4%. According to Cathryn Tonne, a researcher, and author of the study: “It should be borne in mind that, unlike other air pollutants, which have various sources, NO2 is mainly caused by road traffic. Therefore, if we want to reduce the multiple risks that this pollutant poses to people’s health, we need to implement bold measures to reduce car use.”

The study also found that the risk of stroke increases by 5% for every 1 microgram per cubic meter of soot particles in the atmosphere. For those living closer to a green space, the risk of stroke significantly decreased by up to 16% in some areas.  “People who are surrounded by greater levels of greenery at their place of residence are protected against the onset of stroke,” said Dr. Carla Avellaneda, one of the main authors of this study that the researchers published in Environment International.

From their study, the researchers are hopeful that policymakers can use their data to adjust the current levels of pollution that are considered safe for individuals. According to the lead author of the study, Dr. Rosa Maria Vivanco: “Despite compliance with the levels set by the European Union, we are faced with the paradox that there is still a health risk, such as the one we identified in this study, where there is a direct relationship between exposure to pollutants in an environment and the risk of suffering a stroke.” As rates of air pollution are predicted to rise, researchers like Vivanco are worried regulations may be overlooked until it’s too late. “The danger is still present and many more measures need to be taken,” Vivanco said.