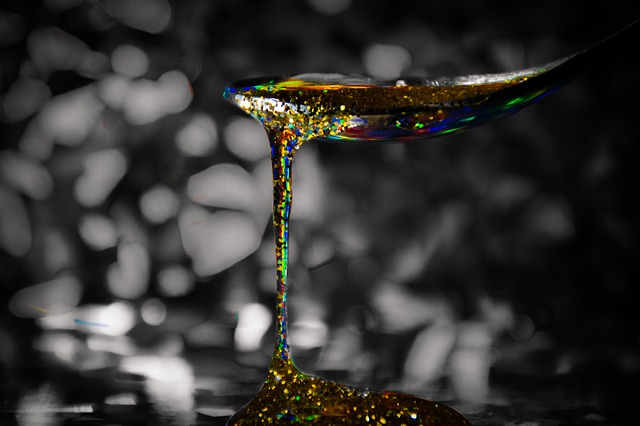 Backed by the U.S. Army Research Laboratory, engineers from the Massachusetts Institute of Technology (MIT) and Imperial College London have developed a durable, “living material” capable of detecting and protecting itself from threats and interacting with its environment.

According to Army Research Labs, the unusual source of inspiration behind this breakthrough living material was a mixture of bacteria and yeast similar to what is used to make a trendy fermented beverage called Kombucha tea. Combining a symbiotic culture of bacteria and yeast, also called SCOBY, engineers created cellulose embedded enzymes that could sense its surroundings and function like a living material.

“This is important to the Army as this can lead to new materials with potential applications in microbial fuel cells, sense and respond systems, and self-reporting and self-repairing materials,” Army Research Office program manager Dr. Dawanne Poree said in a statement.

Produced by dissolving sugar, steeped tea leaves, and the SCOBY culture, the slightly effervescent Kombucha tea is traditionally consumed in China, Russia, and Eastern Europe. Kombucha tea has become a trendy homeopathic, with enthusiasts touting various health benefits ranging from increased energy to curing cancer or diabetes. The health benefits attributed to Kombucha tea are not supported by scientific research or backed by health professionals. While Kombucha tea is widely commercially available, in contrast to offering health benefits, the American Cancer Society says serious side effects and occasional deaths have resulted from drinking homebrewed Kombucha tea.

Engineers at MIT and Imperial College of London discovered that by using a lab-created “fermentation factory,” similar to what is used in Kombucha tea, a unique and novel living material could be produced. “These fermentation factories, which usually contain one species of bacteria and one or more yeast species, produce ethanol, cellulose, and acetic acid that gives kombucha tea its distinctive flavor,” the Army’s statement reads.

By incorporating a strain of laboratory yeast called Saccharomyces cerevisiae with a type of bacteria called Komagataeibacter rhaeticus, engineers could create a substance that produced large quantities of cellulose.

To demonstrate the microbe culture’s potential, dubbed “Syn-SCOBY,” engineers programmed the living material to sense estradiol, a substance sometimes found as an environmental pollutant. In another test, researchers used a yeast strain to create an enzyme called luciferase, which produces the blue bioluminescent glow.

Researchers say lab-produced yeasts can be swapped in and out for other strains allowing the living material to detect specific pollutants, pathogens or produce other effects such as glowing in the dark.

The research leading to the development of Syn-SCOBY was recently published in the journal of Nature Materials.

The Army Research Office and Army Institute for Soldier Nanotechnologies at MIT provided the funding leading to Syn-SCOBY’s discovery. Ultimately, the bioengineered living material could be the first of many emerging biotechnologies thanks to Department of Defense backing.

Another DARPA endeavor, the Engineered Living Materials (ELM) program, hopes to develop new materials that combine traditional building materials’ structural properties with attributes of living organisms. DARPA says, if successful, the ELM program could allow homes and buildings to be built using materials that could be “grown where needed,” with the ability to self-repair and respond to changes in their surroundings.

The need to develop novel advanced biotechnology and living materials were identified as a significant priority in the 2018 National Defense Strategy, which focuses on the great power competition with advanced adversaries, such as China and Russia.

“It will have a large impact on the defense sector,” said Michelle Rozo, Assistant Director for Biotechnology at the Office of the Undersecretary of Defense for Research and Engineering, during the Biotechnology for Materiel and Defense Symposium in 2020. “The same core competencies that can unlock products and capabilities [have] the potential to transform military systems and mission spaces.”

The Army says researchers are now looking into ways to use Syn-SCOBY for biomedical and food applications. “For example, engineering the yeast cells to produce antimicrobials or proteins that could benefit human health,” reads a statement provided by the Army.

“We think this is a good system that is very cheap and very easy to make in very large quantities,” said MIT graduate student and lead author of the Syn-SCOBY research, Tzu-Chieh Tang.