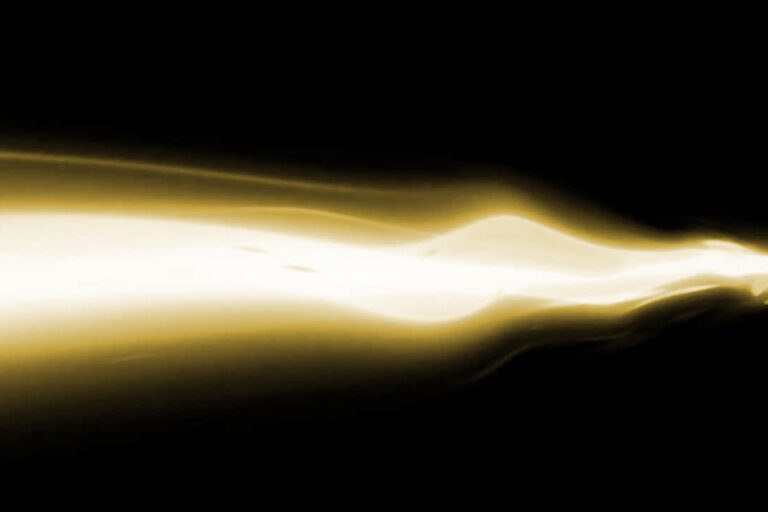 
Invented by researchers at Purdue University, the system has a range of possible applications for both military and medicine.

Microwaves are regularly used for everything from heating food to jamming incoming drones, and as reported by The Debrief in December 2020 and again in April 2021, they are becoming increasingly used as weapons against American citizens both at home and abroad.

“We created a new NLTL device that reduces the bulkiness of current options and offers new opportunities to protect our country and help patients in a man-portable form factor,” said Fairbanks, a Ph.D. student and graduate research assistant in Purdue’s College of Engineering. “In engineering, we are concerned about size, weight, power and cost. Our invention helps address all of these.”

NLTLs have increased in popularity in recent decades because, according to the press release announcing the invention, “they offer an effective solid-state alternative to conventional vacuum-based, high-power microwave generators that require large and expensive external systems, such as cryogenic electromagnets and high-voltage nanosecond pulse generators.”

“NLTLs have proven effective for applications in the defense and biomedical fields,” the press release continues. “They create directed high-power microwaves that can be used to disrupt or destroy adversary electronic equipment at a distance. The same technology also can be used for biomedical devices for sterilization and noninvasive medical treatments.”

It was this host of benefits that led Fairbanks and team leader Allen Garner, who is an associate professor of nuclear engineering, to look into their applications for use with a possible directed energy beam, ultimately leading to the Purdue team’s breakthrough.

When presenting the results of their research in March of 2021 at the Directed Energy Professional Society annual Science and Technology Symposium, Fairbanks explained how the Purdue team built a new device that used what they describe as “composite-based” NLTLs, which can support both high-power microwave systems and high-power microwave formation.

By combining these two capabilities, Fairbanks said that their invention successfully fuses all of the traditional elements of current NLTLs into one system, effectively eliminating the bulky support equipment that is typical for these systems.

Their next step was to add a power source to charge the system, in this case a high-voltage DC supply, and then they added a gas-based switch for discharging the device. These additions eliminated the need for an external pulse generator, and is more rugged as well because of its solid state construction.

Since publishing their results, the researchers have worked with the Purdue Research Foundation Office of Technology Commercialization [OTC] to go about patenting their invention, with hopes of offering it to medical and military organizations alike.

The team’s work was funded at least in part by a grant from the Office of Naval Research, and according to the release, both the inventors and the OTC are presently looking for outside partners to continue to develop the technology.

“It has been very beneficial to our team and our advancement of this technology to have OTC here at Purdue,” Fairbanks said in the release. “OTC and other resources from Purdue Research Foundation provide support to take our technology and push it out to the world through patenting and commercialization.”